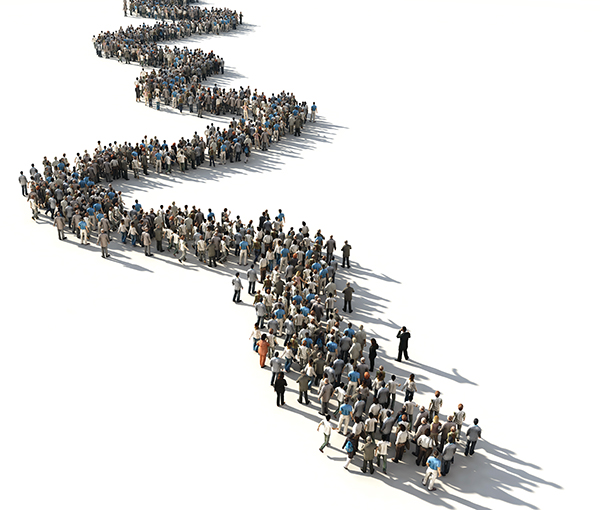 That seems to be the general view of Brexit backers, that foreigners arriving in this country are the cause of many of our woes. Proof, if proof were needed, that this total nonsense is currently all around us, and not only is it rubbish but the total opposite is actually proven to be the case.

Like it or not, this country desperately needs foreign workers. Our fruit picking industry has almost ground to a halt without them as they are not prepared to be insulted by the likes of Nigel Farage, along with the hospitality, cleaning, healthcare and all low skilled industries, nor wait for Brexit to make them unwelcome; they have left the UK in their droves. And would not you and l?

Imagine that you have been welcomed to this country, given the right to work, made a home for yourself and your family, work like a Trojan and pay your taxes. Then, a political earthquake occurs thanks to David ‘where the hell are you hiding’ Cameron, and the country decides to leave the EU and mention that you might be tossed out of the country unless you are in a ‘permitted sector’ – and even then you have to re-apply to be here and pay money for the paperwork. I think most of us would feel betrayed, let down, used, abused and utterly failed by the country we adopted.

And then we would consider doing what most have done – go home to where you are welcome. Add to this that your home country is laying out the red carpet to get you to come home just as the fortunes of the UK look to be in jeopardy with a crash out of the EU.

No problem, many readers of the Daily Mail would think – more jobs for the Brits. But no, Brits do not want these jobs as they are ‘beneath’ them, and why the hell should they work when the government just keep throwing money at them in the form of unemployment benefits, housing allowance, universal credit, tax credits, Jobseeker’s Allowance, child benefits, heating allowance, income support, free school, free health and cream cakes delivered to your door every day. OK, l made the last one up but who would bet against that being the next credit for the work-shy, lazy bastards that occupy the nether regions of this once great country?

I have two friends who run a commercial and residential cleaning companies in Brighton. Both are screaming in pain at the lack of staff. The EU staff who worked diligently for years have left and the only choice now are British staff - and there the nightmare begins and l quote ‘they are lazy, spoilt, work-shy lowlifes who want the money but just don’t want to work for it’. They want to work short hours so their benefits are not jeopardised and come up with a myriad of excuses for not turning up for work – one worker in the space of one year has broken two toes, a finger and an arm, has a child who has been sick for over eight months, has had fourteen car breakdowns and has lost her mother, sister, aunt and father (twice as she forgot she had used that excuse before) and three dogs IN ONE YEAR.

That is one unlucky woman – and with a father who died twice! Each time she is threatened with the sack, she refers to employment tribunals and the nightmare she will cause if fired. Both companies are on the verge of bankruptcy and, as like most of us who run our own companies, they support their mortgage, family, other staff and children off the back of the company. According to the National Farmers Union, less than 1% of farm staff are British. Already, labour shortages driven by the economic shift of Brexit have left produce rotting in the fields and the prospect for next year is alarming. Hotels are feeling the same problem, and the NHS will all but grind to a halt after Brexit.

Skilled labour in the shape of doctors, finance and tech are seen as the ‘best and the brightest’ and are more than welcome with little thought of the low-skilled positions that, in effect, drive the UK economy. Stephanie Maurer, the CEO of Concordia, a recruitment company that supplies workers for over 200 British farms, says they have had virtually zero Brits apply for jobs. ‘We’ve had two applications out of 10,000’ she says. ‘It’s statistically quite damning’. Brexit has already contributed to the weakening of the pound, thus decreasing the financial incentives for foreign workers, at the same time that economies are improving in source countries, such as Romania, Bulgaria and Poland.

As seems to be usual these days, politicians will wake up to this problem too late and then rush through some half-arsed plan to fix it. It won’t work and a year or two later, another half-baked scheme will arrive that won’t work. Then there will be a General Election and they will all make fraudulent promises to fix it – and then will not. Meanwhile, countless companies will go bust with families thrown out of their homes and good workers made redundant, we will be forced to import more goods as we are unable to produce them, and costs will rise and the economies of those importing will increase as ours decreases. A dive for the bottom one might think.

I despair. I might also consider joining the foreigners and getting the hell out of this country before it implodes under the weight if its own ignorant, self-serving inefficiency and political stupor. Boris Johnson will fix it – don’t make me laugh.