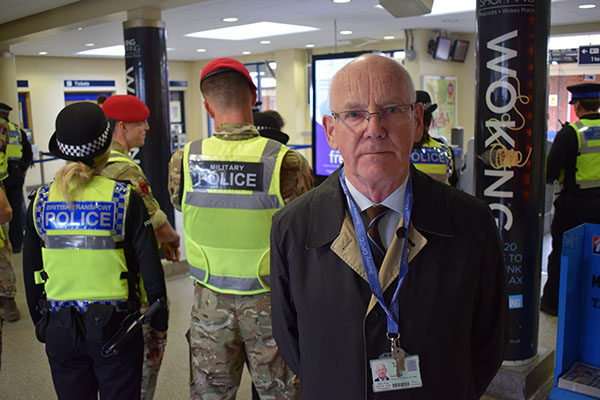 One of the biggest challenges in modern day policing is juggling the increasingly complex demand on resources with providing that local policing presence residents value so highly.

The shift in demand that forces, including Surrey, have faced in recent years in tackling issues such as cybercrime, child sexual exploitation and domestic abuse has been well documented. It has meant difficult choices have had to be made to balance those requirements with providing effective community policing that helps our residents feel safe.

That is why I was particularly pleased to see neighbourhood policing in Surrey recognised as ‘excellent’ by inspectors in a report in the last few weeks.

Like most organisations in the public sector, we are rightly subject to independent and rigorous scrutiny to ensure we are providing the right service for the public. Her Majesty’s Inspectorate of Constabulary and Fire and Rescue Services (HMICFRS) carry out annual inspections on police forces across the country into the Effectiveness, Efficiency and Legitimacy (PEEL) in which they keep people safe and reduce crime.

In this year’s assessment they described officers as ‘local experts’ in the boroughs where they work resulting in the public continuing to have high levels of confidence in Surrey Police.

It also rated the Force as ‘outstanding’ at preventing crime and anti-social behaviour (ASB) and said it engages well with its communities to understand and solve neighbourhood problems.

There is always more to do of course. At this time of year, our neighbourhood police teams will be working hard to keep our communities safe during a busy period with the darker evenings and celebrations around Bonfire Night.

And only a few weeks ago I was in Farncombe talking to residents, police and the local MP Jeremy Hunt following some persistent ASB issues near to the town’s train station.

But overall I think this was a really positive assessment of the Force’s performance which has been achieved at a time when police resources have been stretched to the limit.

In my last column, I mentioned we were waiting to hear what our initial allocation of the extra 20,000 police officers pledged nationwide over the next three years by government was going to be.

We have now heard we will be getting an extra 78 in the first year up to March 2021. This will be in addition to the extra 79 additional officers and operational staff made possible by the increased council tax precept this year which also allowed us to save another 25 posts which would have been lost.

I do feel Surrey have been short-changed by the allocation process which was based on the central government grant system (we have the lowest percentage grant of any force in the country). However, these extra officers are gratefully received and will make a real difference to our residents. We must now focus our attention on getting them recruited, trained and serving the residents of Surrey as soon as possible.

Has the Rose Review shown the way forward in encouraging women to set up and grow their businesses? Hosted by NatWest in partnership...