The Beauty of Belize 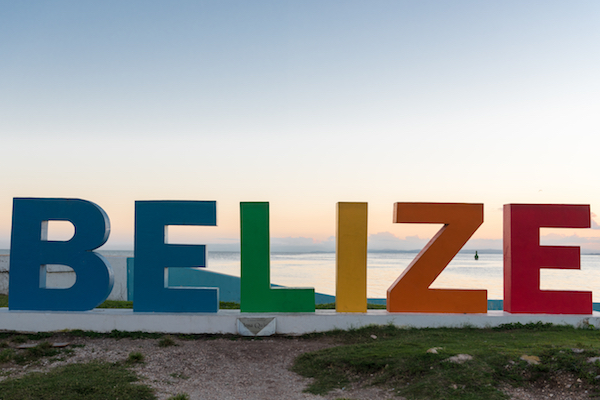 Belize is a former British colony in Central America, sandwiched between Mexico to the north, Guatemala
to the west and Honduras to the south, and enjoys a 239 mile long coastline on the Caribbean. It should also be noted that the country boasts the second largest barrier reef on the planet, after Australia’s Great Barrier Reef.

The country is full of friendly English speaking people who are welcoming and warm and the Barrier islands, or Cayes as they are called (pronounced keys), of which there are over 200, are some of the most beautiful you will find anywhere in the world. White sand, waving palm trees, aqua blue waves lapping on the shore, fantastic food and a laid back life that we might have all thought had gone from the modern world.

Most of the islands are above sea level by just inches and all have a slightly different feel to them dependant on how far south you go.

Belize is not an expensive country to visit with an abundance of affordable accommodation alongside some exclusive beach resorts populated by the rich and famous. Homes are owned by Tiger Woods, Harrison Ford, Leonardo DiCaprio, Ivanka Trump and Francis Ford Coppola.

Over the following pages, I will describe some of the many ways you can experience the beauty of Belize.

GLOVERS CAYE
Named after a famous pirate, this is a group of five small islands surrounded by a vast expanse of coral reef. It is also close to one of the deepest underwater trenches in the world making for some superb diving with Hammerheads, Bull Sharks and rays. The accommodations are very affordable which makes up for the cost of spending half your time underwater 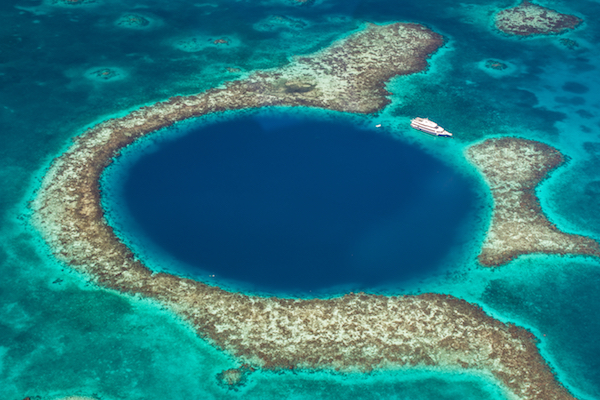 A BEACH VACATION
Fly into Belize City (and then get out of BC asap) and jump on the island hopper plane run by Tropic Air to Ambergris Caye, just a 10 minute flight. Ambergris Caye is named after the oil that was extracted from the whales that used to be caught and processed here many years ago but is the largest of all the Caye’s - and my home for many years. The centre is the town of San Pedro, with sandy streets and no cars allowed, we would go everywhere by golf cart or bicycle with everyone shouting good morning at every turn.

There are many cabana style hotels in town and a short boat trip north, takes you to a range of first-class resort hotels that will rival any in the world. From Ambergris, you can dive, snorkel, windsurf, kayak and jet ski followed by lunch of some of the freshest fish you will ever eat as the distance to your plate will often be less than 50 metres.

To the back (west) of the island is the lagoon where Cayman crocs hang out along with a host of other wildlife, and the bird watching is excellent.
Further north, you will find the Bacalar Chico Marine Reserve where, in season, you can see hundreds of turtles hatch from the sand and make the perilous charge to the sea.

Offshore, you will find the Hol Chan Marine Reserve with such a myriad of coloured tropical fish that your head will spin. 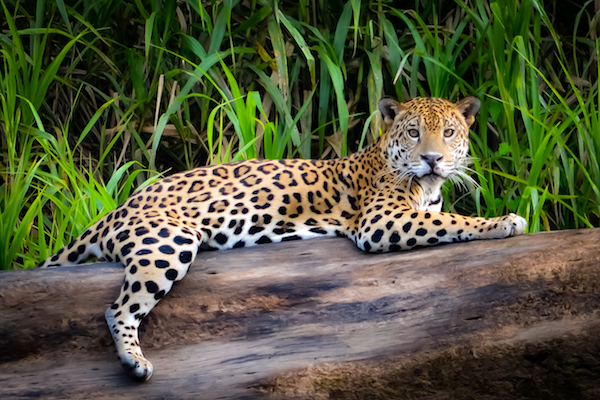 THE JUNGLE
If island hopping is not for you or you would like to mix it up, inland you will find some of the most wonderful virgin rainforest jungle to be found anywhere. Over half the country is covered by tropical rainforest, much of it unexplored. There are 4,000 species of tropical flowers, 250 kinds of wild Orchids and 500 species of birds. You will also encounter Jaguar, Puma, Ocelot, Armadillo, Tapir and Crocodiles along with raging rivers, waterfalls and limestone caves. Keep exploring and you will also come across Mayan ruins. Once home to over 2 million Mayans, there are sacred temples, pyramids, palaces and awesome structures - many totally undiscovered. And don’t be too surprised if a bunch of British soldiers suddenly pop out of the canopy as the UK still use this jungle to train our soldiers in jungle warfare and survival techniques. 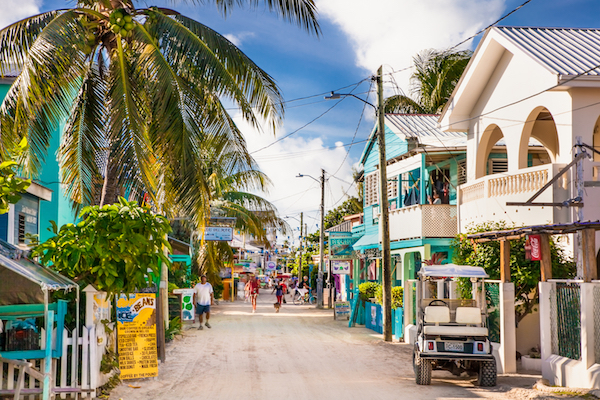 ISLAND LIFE
If you really want to get away from it all, you now have the choice of hundreds of islands - some exclusive resorts, some cabana shacks and some totally deserted for that Robinson Crusoe experience.

CAYE CAULKER
So laid back it is almost horizontal. The old Hippy island that still has that vibe and the backpackers paradise. It is known as the ‘go slow’ island, which is slightly ironic as none of the islands are exactly hectic!

TOBACCO CAYE
This is a budget dream with little houses to rent on stilts into the sea, BBQ’s every night and singing around the campfire.

ST GEORGE’S CAYE
This caye is a national treasure and celebrated each year during St. Georges Caye Day that marks the day that the Baymen drove away the Spanish invaders. Many private dwellings owned by some of the wealthiest Belizeans with a small selection of cabin resorts.

LAUGHING BIRD CAYE
One of the most beautiful islands in Belize that gets it name from the laughing gull that comes to the island to breed. As it sits on an elongated piece of the reef, it has an abundance of marine life and is part of a Word Heritage Park. No overnight stays are allowed but it makes a fantastic stop-over for snorkelling and diving.

THE BLUE HOLE
Not an island but a giant sinkhole, or a Cenote, 43 km from the mainland and one of the most exciting dive sites in the world. The Hole is 318m wide and 124m deep and was formed during the quaternary glaciation period some 153,000 years ago when the sea level was much lower and it was a dry cave. As the oceans began to rise again, it was flooded and is now a UNESCO World Heritage Site. Discovered for diving by the famous Jacques Cousteau, who placed his exploration vessel, the Calypso in the hole to fully discover this incredible site. Cousteau, the Discovery Channel and millions of divers agree that this is on the list of “The 10 Most Amazing Places on Earth’. Easily reached from the islands but also available as a day trip from the mainland. 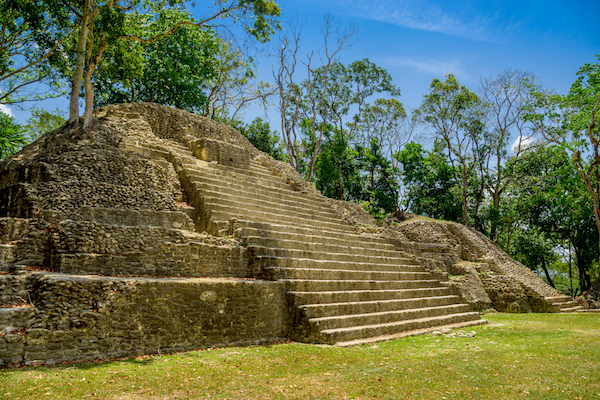 CARACOL
Although one of the most challenging Belize ruins to reach, the trip to Caracol is also one of the most scenic drives. It is the largest known Maya centre within the country and holds “Canaa” (Sky Place), the largest pyramid or man made structure in Belize at 140 feet tall. A large part of Caracol is still being discovered, but numerous carved monuments populate the area, and the main reservoir is an engineering masterpiece.

CAHAL PECH
Research in 1988 found ten mounds. Excavations show that Cahal Pech was inhabited from 1000 B.C. to around 800 A.D. The central part of the ruins provides a beautiful panoramic view of the surrounding area. Thirty-four structures, including temple pyramids, two ball courts, an alter and five plain stelae fill the 2-acre site.

LAMANAI
Lamanai is the Maya word for “submerged crocodile.” The site’s name – “Lamanay” or “Lamayna” was recorded by Franciscan missionaries in the seventeenth century. It is one of the only sites retaining its original name and is among one of the largest Maya ceremonial centres. Most visit Lamanai by road through San Felipe or Orange Walk, rather than by boat. A “jungle cruise”, the road trip, is an excellent chance to see birds, exotic plants and crocodiles. Lamanai has more than 719 mapped structures, including two 16th century Christian churches as well as an intact 19th century sugar mill. 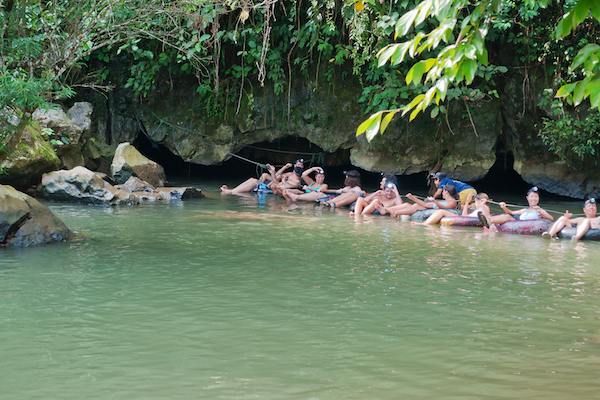 CAVE TUBING
One of the oddest, and most fun, things to do in the jungle is Cave Tubing. Sounds daft but you start, with a guide, at the mouth of a cave with a river running through, and launch yourself off in a large rubber ring to float through the mountain. With a torch strapped to your head, you see amazing limestone formations and stalactites as you lazily float through the mountain with the occasional terror of the cave floor dropping away and your rubber ring picking up tremendous speed - and all in the dark. Eventually, your group floats out the other side into sharp jungle sunlight with Toucans, Herons, Macaws and Parrots all around.

Belize is a fascinating country with so many facets that it would take hundreds of pages to fully explore. From the mid-nineteenth century it was called British Honduras by the English invaders, until 1973 when it was officially named Belize by the British colonial office. One of the few former British colonies that actually benefitted from the Brits being there, the Belizeans are a warm, friendly and beautiful race of people who will welcome you to their stunning country.

The Guildford Shakespeare Company has curated a special online programme of activities to keep audiences entertained during the coming...

26 The real risks that businesses should identify

The hand sanitisers produced by the Surrey distillery are now available for local businesses to order....