READ NEXT
Is the UK ready for electric cars? 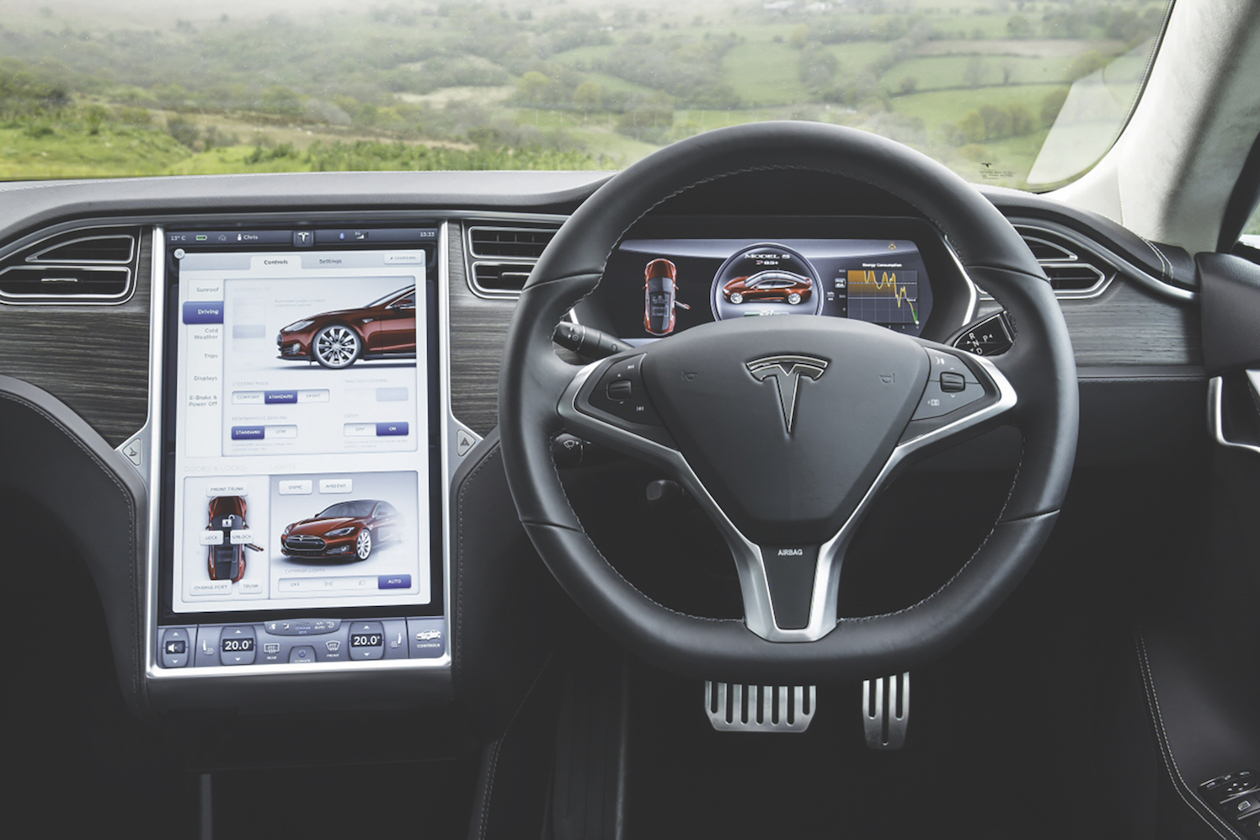 Ever since l reviewed the Tesla S l have been a great fan of this new technology and, although it goes against every petrol head fibre in my body, l accept that this is the future of motoring.

The Tesla X is a new (ish) model and launched in advance of the awaited Tesla 3 that, if it is under £30,000, will likely sweep the board. The Tesla models are akin to Stephenson’s Rocket and the Wright Brothers in revolutionising the transport industry - really, these new electric cars are remarkable. No engine, gearbox, mechanical moving parts, tail pipes or fuel tank and yet it can hit 60mph in under 3 seconds. Not only in total silence but the acceleration is utterly linear and therefore even more impressive. When l visited the Nurburgring last summer with three supercars, l was somewhat aghast to find out that the lap record is held by a Tesla, beating all Ferrari’s, Lambo’s and Astons and every other madcap track car - remarkable.

It takes a mo to get used to with its giant 17” tablet screen offering everything from web surfing, Spotify and directions to anywhere on the planet using Google maps. The dash differs in that you don’t have a rev counter, temp gauge or oil levels as it has none of that but you do get a momentarily confusing array of power gauges, battery usage and the like. You also have a windscreen that goes way past your head which is great for letting light into the cabin but when the sun shines, you are left with a tiny sun visor that you pull across that manages to keep out 000.1% of the sun assaulting your eyes.

The drive is superb and although the steering is a tad lifeless, it corners well as all the battery weight is low down in the floor and therefore the centre of gravity is exactly where you would want it. It drives as well as any normal car and to be frank, any idiot could drive it. It’s only when you bury the accelerator into the Axminster that things get a tad hairy as it literally flies away and you had better be holding on. This thing is fast and, dare l say it, a little weird in that all that speed comes with zero noise, zero gear changes and with the use of zero fossil fuel. The technology is staggering.

There are other things that will change habits too such as not using the rear windscreen for reversing as it is all but useless anyway. Rather, you start relying on the screen inside the car for such things. Slowing down is also new as the car effectively brakes for you as it tries to recover battery power from the breaking process along the lines of Formula1 KERS - kinetic energy recovery system, that reaps some power from the energy that goes into braking and this means the car slows down for you as soon as you take your foot of the pedal. Then there is the ordering process which is akin to buying lightbulbs. You can have the 75D, 90D or the monster P100D and all this relates to the battery power. The P100D will hit 60mph is 2.9 seconds and offers, if you believe it, a range of 336 miles - this motor translates to 611bhp. The car l was delivered of is the 100D offering a 100 kWh battery, and a range, if you can believe it, of 351 miles and 60mph is around 5 seconds. Even though there is a huge elephant overleaf, that is mightily impressive.

One thing that is revolutionary are the upgrades. Remember ye old days when you would pop down to Demon Tweeks or Halfords to get that new bit for the engine of your Mk. 2 Escort - well, that really does make you/me sound old as this thing will simply send the update to the computer in the car and ask you to update it - just as your i-Phone does.

Of course, it has auto pilot that will drive the car for you, park the car for you and make the tea (probably), an advance air filtration system that keeps all the horrible emissions from those old oil burners out of the cabin and you get four-wheel drive with a motor running each wheel. And of course, it has falcon doors. Now this is undeniably a piece of theatre as they majestically rise and attract a crowd every time and, contrary to the mischievous rumours, you cannot park so close in a car park that they will not open. Indeed, yet another marvel is that they sense the car next door and then canter lever in so as not to touch anything that might be obstructing them. Brilliant and, once you get over them, a pain in the arse as they are slow to rise but that’s the price of theatre l guess.

Now we are used to Elon Musk making grand statements and the industry has indeed learnt to listen but no amount of wizard electrics will detract from the handling deficiencies when put against the Porsche Cayenne or Range Rover Sport SVR as the enemy of the Tesla will always be weight. The X weighs in at 2508kg or 2.5-tonne and that is heavy. As the enemy of performance is weight, the battery power required to shift this thing up the road takes a toll on the range (see the elephant overleaf)

In conclusion, the Tesla is a history making, ground breaking piece of kit that will, in time, utterly alter the way we drive and, if Mr Musk has his way, the same will happen to buses, trucks and vans and probably trains eventually. Unless, hydrogen fuel cells or nuclear power get there first as there is still the question of the true carbon footprint of such electric cars.

But l shall stop being an old dinosaur and state that l have just spent a week with a car that will change the world.