A seismic shift in culture

I would have given up without the support of my mentors.

READ NEXT
Brighton Gin - Spirit of the Seaside 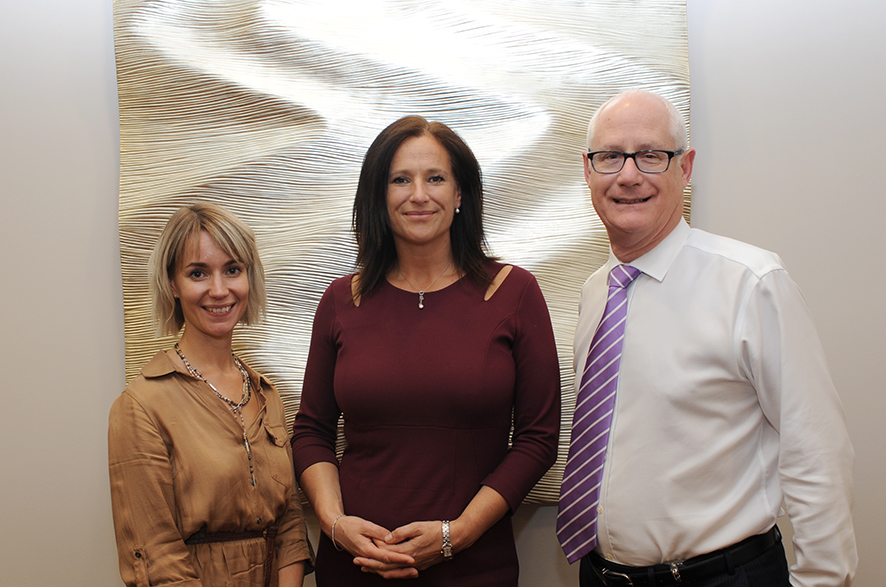 When the Government commissioned an in-depth review into female entrepreneurship and the barriers women face in business, it turned to Alison Rose at NatWest to lead the review. The Exchequer Secretary recognised the bank is leading the way in equality of opportunity, and since then Alison Rose has been appointed as the first female chief executive of one of Britain’s big four banks.

Victoria Kerton is another female success story to be found within the bank’s senior ranks. The ambitious Australian had moved across the world in 1998 to seek out her first City job, and is now NatWest’s Regional Director for the key market of London, West Surrey and Sussex. In an exclusive interview with Dynamic, she describes the culture change in the banking sector the world over as a ‘seismic shift’…

Many women worry that when they go on maternity leave, they will miss out on the changes that happen in the workplace. When Victoria Kerton returned to work, the banking sector had undergone a radical change from the environment she had said goodbye to just a year before. By a twist of fate, she was away from work just when the world’s banks were hit by the dramatic financial crisis of 2008.

Victoria recalls: “I went on maternity leave in early 2008. It was a complete change in tone when I returned. The approach was much more cautious and focussed on sustainable growth. Now there is much greater balance.”

The change in banking has not been limited to lending policies, and there has been a visible shift from employers to focus on flexible and agile working, and the cultivation of more diverse and inclusive workforces.

Victoria is grateful for these changes, and is particularly enthusiastic about the ways in which NatWest has helped women like her to climb the career ladder within the bank, as well its focus on helping its female customers to succeed at their own businesses.

“We have always prioritised support for our female business customers and the best example of that is our Women in Business accreditation programme. We have around 500 staff who have gone through the accreditation process with a detailed understanding of the different challenges that female business owners face, as well as the ways in which they might think and choose to run their businesses. Women are still much less likely than men to start their own business, so we realised this type of specialist support is crucial for encouraging female entrepreneurs to take the leap and succeed.

“It is also about motivation. Our Global Entrepreneurship Monitor survey found that women are nearly twice as likely than men to start a business with the intention of doing something
that makes a difference to society. So the definition of success is not just about money; it’s about creating the right eco-systems and the partnership networks. We aim to provide the right products which work for women in the context of their day-to-day lives, for example solutions that work around primary care responsibilities.”

The Importance of Mentoring

Victoria studied economics and finance at her home town university in Sydney with the ambition of becoming a doctor or an investment banker. After two years experience since joining as a graduate for a major Australian bank, she took the plunge and booked a one-way flight to London. Her timing was immaculate.

Looking back, Victoria remembers, “At the beginning of 1998, London was incredibly exciting and vibrant. There was a great surge in banking and its relevance on the global economy. There were many opportunities, which meant you had more chance to choose a role and be well positioned for the type of career you wanted. I found a really interesting position at a small English investment bank, which helped to immerse me in London life, but I still had the ambition to join a US investment bank, so I left to take up a role with JPMorgan.

“At JPMorgan, I refined my banking skills and learnt how to thrive and survive in a large organisation that was incredibly dynamic and global. It was very demanding but I was the right age and I was prepared to do it.

“Crucially, I had access to a number of senior women who became incredible role models. I didn’t necessarily work with them on a day-to-day basis, but I could ask them questions at breakfast meetings or networking events. They would recount their experiences and some of the things they had been through and how they overcame challenges.

“I would have given up without their support.”

The advice from her experienced mentors gave Victoria the inspiration to advance her career and in 2003 she applied for the post of Relationship Director in the financial institutions business at NatWest. Victoria now had
full ownership and accountability of a portfolio of clients in London and North America. She enjoyed the work, but the City of
London wasn’t always the easiest environment for an ambitious woman.

“I had the mentality to thrive, but for a short while I felt I had to fit the mould of a traditional banker.

“Once I gained a bit more confidence, I decided I could be myself. I switched from wearing suits to dresses which was a symbolic, but important, change. I wanted to succeed on my own terms.”

In March 2019, HM Treasury released the Alison Rose Review of Female Entrepreneurship. The review looked into the barriers facing female entrepreneurs and outlined a number of recommendations to help boost female start-up and scale-up rates.

According to the report, implementing the recommendations could contribute an additional £250 billion to the UK economy – equivalent to around four years of economic growth.

Victoria says: “NatWest is very focussed on fairness and on getting the right person for the job. We make sure we have people with different backgrounds involved in the decision-making.

“There is still so much to do in terms of gender equality in workplaces generally, but I feel like I’m in the right place and at the right point in my career to help drive that change.”