READ NEXT
One women army 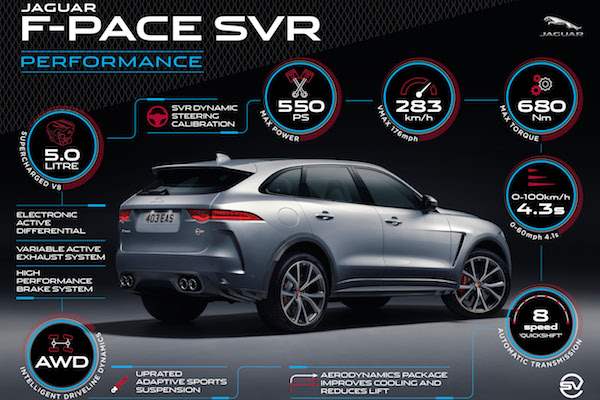 “Ooh La La” were the first words I uttered when climbing into the Jaguar F-Pace SVR. As well I might, given the history of Jaguar’s 85 years iconic and beautiful car design.

Prior to receiving the car, expectations were very high of the F Pace range in general given that this mid-sized SUV has become the fastest selling model ever for Jaguar.

Enzo Ferrari famously described the classic 1962 Jaguar Mark 1 as “the most beautiful car in the world “, a really tough design legacy for Jaguar to uphold when designing SUV’s in particular and for any other car manufacturer for that matter.

In addition, I have never had the privilege of driving a car designed by a Special Vehicle Operations (SVO) team ......they are the super clever people who take the luxury, performance and technology to the highest levels to create unique Jaguar brands. This was becoming more like a James Bond adventure by the mile. I was half expecting Q to be sitting in the back seat. Marvellous.

As a Land Rover Discovery Sport driver in my everyday grown up world, I was curious as a mere mortal to compare the F Pace range, born and manufactured out of the same stable.

The F-Pace SVR is a slightly larger model than the standard and if I were to purchase one, I would probably go for the standard F Pace as the SVR felt a little too big both inside and out. That all said, it holds the road incredibly well in part due to 80% of the car being manufactured from aluminium which also assists significantly with the fuel efficiency.

As a passenger commented - it would be great for driving in the outback in Australia - with the inference being it would be the perfect car for long trips on wide open roads where you can truly experience the acceleration of the exhilarating power of the V8 engine taking you from 0 – 60 in 4.1 seconds.

Talking of exhilarating power, I also had an unexpected 24 hours to drive the ridiculously fast F-Type Convertible 575ps SVR. Starting at a cool £118,575. 0 – 60 in 3.5 Secs with a top speed of 195 mph. Rather a lot of responsibility to be honest and whilst roaring (literally as you have no choice in the matter due to the active sports exhaust system) through a sleepy village – I found myself slinking low in my seat, dark glasses on trying to go incognito, half expecting a member of Extinction Rebellion to impale themselves onto the bonnet.

A car best left to the enthusiasts who I am sure will adore it. 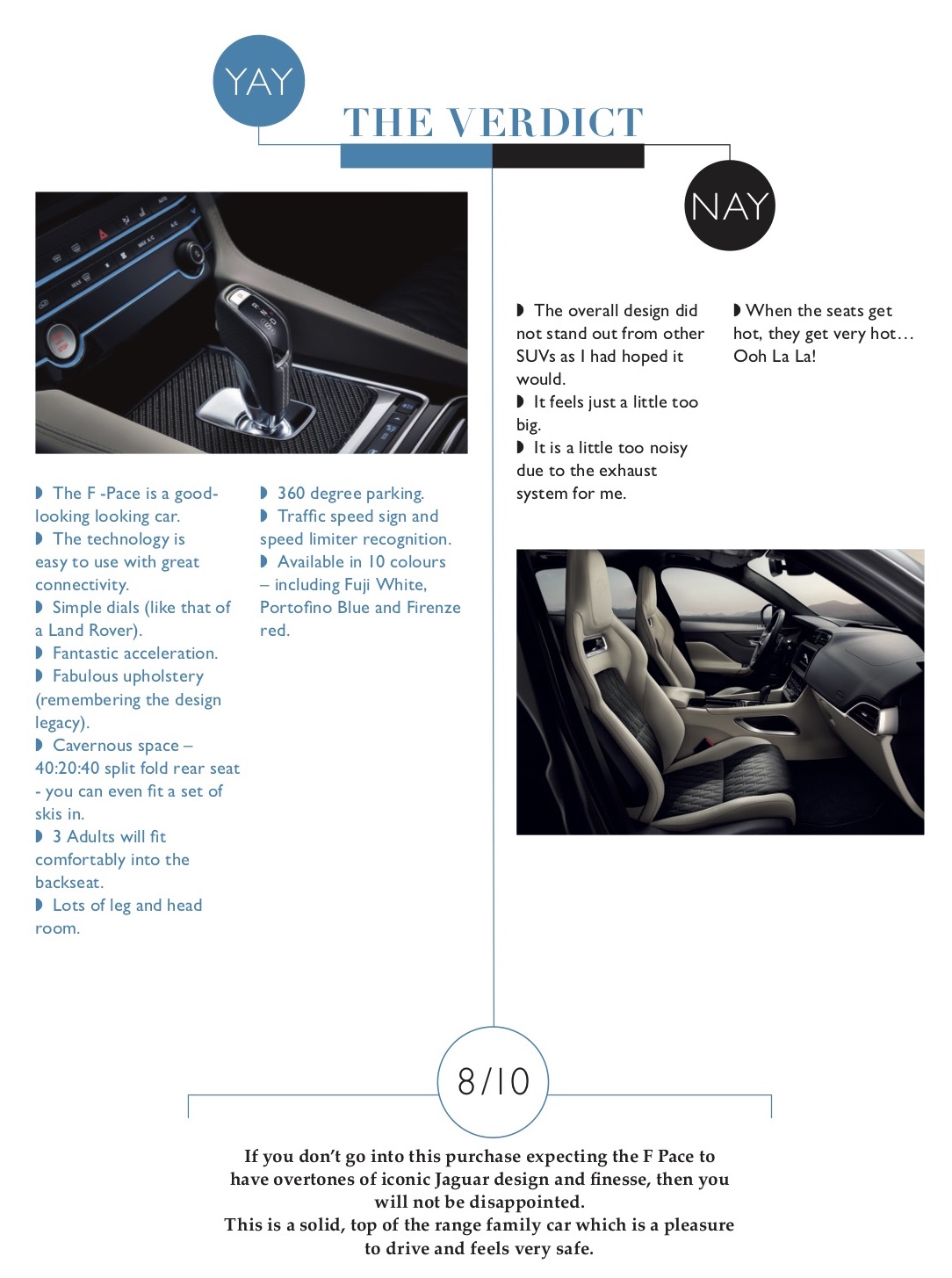