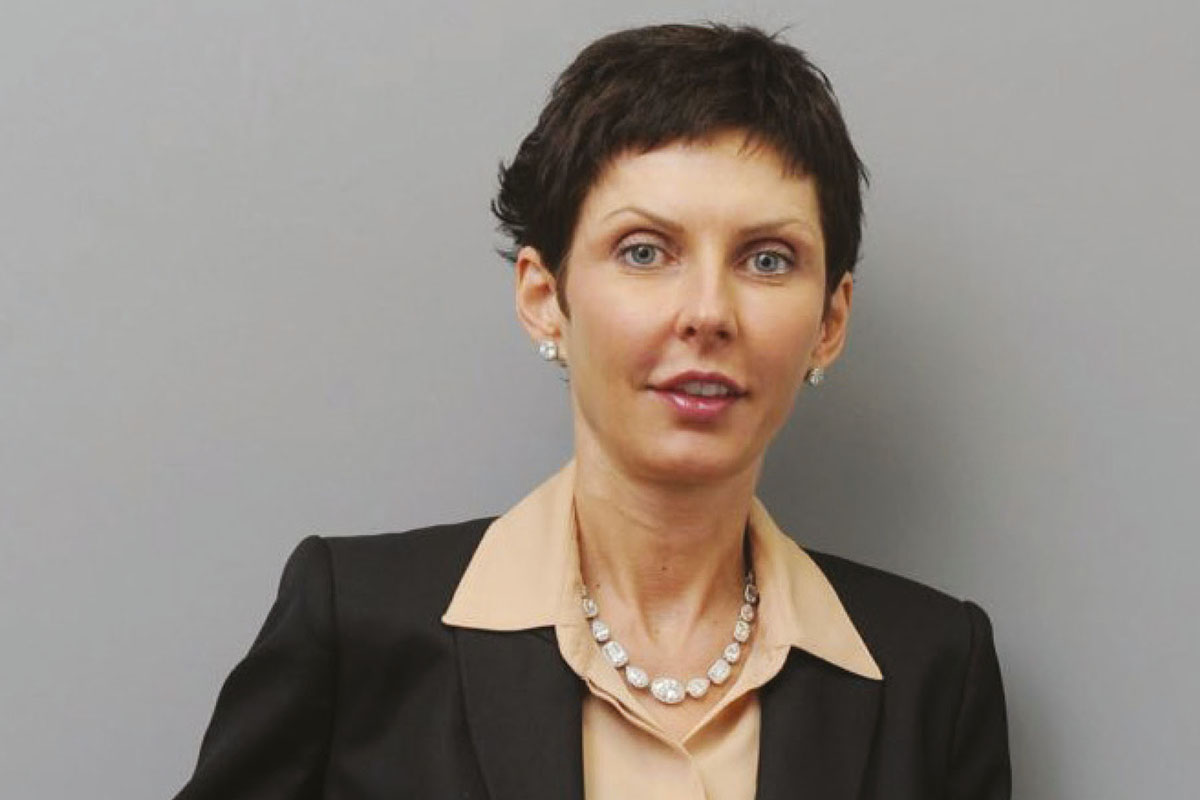 Taking an eight-figure gamble on a gambling start-up in the UK may not sound the wisest of businesses decision. But when Denise Coates did just that in 2000, her flutter paid off, to the point that, 20 years and a lot of hard work later, the Sunday Times Rich List values her net worth at over £8bn. Better than backing a three-legged rocking horse, one supposes… By Alan Wares

Denise Coates CBE was born on September 26th 1967 in Stoke-on-Trent. She is the founder, majority share-holder and joint chief executive of Bet365, the online gambling company.

Having graduated from the University of Sheffield with a first-class degree in econometrics, and then training to be an accountant, Denise saw the potential in the-then fledgling internet for business opportunities, specifically in gambling.

Denise Coates bought the Bet365.com domain name in January 2000, but soon realised that the cost to develop the site and launch it properly would require a large cash investment. At first, she approached a number of venture capitalists in London, but walked away from those meetings without getting a single penny from any of them.

Undeterred, she turned to her father, other family members, and the Royal Bank of Scotland. The latter granted her a loan of £15 million, although she had to put up the family’s betting shops as collateral. This was an enormous leap of faith from her father, Peter, to offer his high street betting empire, which he started in 1974, but he obviously had confidence in Denise’s plan.

Bet365.com launched in 2001, and Denise spent nearly all of her working time on the website from a temporary building that had been installed in a parking lot next to one of her family’s betting shops. From acorns, as they say…

Early on, she realised that Bet365 would need to stand out from its established online competitors. In order to do this, she took the following steps.

For a start, it was made clear to visitors of the site that Bet365 was based in the UK and maintained a series of betting shops that customers could visit in person. This offered a big advantage as a large number of online operators were located in foreign countries with little or no regulatory supervision.

Additionally, instead of just offering online sports betting, Bet365 added bingo, casino games, poker, horse racing, and much more. This transformed the site into a one-stop destination for gambling, making it a very attractive proposition for punters.

Furthermore, while other sites only offered the major sports, Bet365 expanded to offer a far wider set of competitions and leagues. Customers could visit the site and place a bet on their favourite team or athlete from a pretty comprehensive selection of sports. Others would eventually adopt this model, but Denise Coates’ Bet365 led the way.

Customer service was essential, as repeat customer visits were determined to be vital to the success of Bet365. In a world where every trick in the book is pulled, Bet365 sought to establish a reputation as a gambling operation that could be trusted, while avoiding scandal or negative publicity

Finally, innovation was key. From their livestream commercial-break ads featuring actor Ray Winstone to constant upgrades featuring mobile and in-play betting, Bet365 sought to offer services ahead of its competitors.

By 2005, the company was on firm ground. It meant Denise could sell off the family’s high street-based betting shops to Coral for over £40 million, with some of the profits used to pay back the Royal Bank of Scotland for their initial loan.

By 2016, Bet365 was one of the largest online betting sites in the world, with annual bets at around £2.8 billion.

In 2013, Coates was named as one of the 100 most powerful women in the UK by BBC Radio Four’s Woman’s Hour programme.

Denise Coates herself is a quiet, almost reclusive person who shuns the limelight and is rarely seen except at functions and meetings where it is obligatory for her to attend. She lives in Sandbach, Cheshire with her husband Richard Smith, in their Norman Foster-designed home, reported to have cost £90m.

She did make the headlines, however, causing several eyebrows to perform their own bungee-jump when the company (50.1% owned by Denise) paid her a salary of £217 million in 2017.

This paled into relative insign-ificance when it was announced her 2020 salary was an astonishing £421m – a salary it would take the average person in the UK 11,500 years to earn, even if inflation-adjusted.

She is believed to be the biggest single individual taxpayer in the UK, and her 2020 take-home was more than all the FTSE 100 Index CEOs combined. Her 2021 salary was reported to be a mere £300 million.

While tax affairs are, of course, private and confidential, The Sunday Times Rich List estimated that – and this is prudent given the company’s public insistence on pointing out they were UK-based – the Coates family paid £156m in income tax in 2017/18, with Denise alone paying £99m.

As for the Rich List itself, the latest incarnation – dated May 2021 – puts the Coates family in 17th position in the UK, with an estimated wealth value of £8.45bn. Forbes has them even richer – at £9.3bn. Future account statements will be interesting as many events which punters gambled on were cancelled due to Covid. However, this was mostly re-balanced with the additional take-up during lockdown of casino sites – across the industry.

Bet365 itself is in rude health. It has won myriad awards across the sports betting industries worldwide since its launch 21 years ago. In January 2012, Denise Coates was appointed a Commander of the Order of the British Empire (CBE) for services to the community and business. In the same year, Staffordshire University awarded her an honorary doctorate.

The Bet365 Foundation was formed in 2012, later renamed the Denise Coates Foundation. In that time, it has donated tens of millions of pounds towards the likes of Oxfam, Macmillan Hospices, typhoon relief programmes in the Philippines, and University Hospitals of North Midlands to support staff fighting Covid.

The Coates family have also stayed close to their roots as, for the past 10 years, they have been the shirt sponsors of Stoke City Football Club. In 2016, they signed a deal for the stadium naming rights at the club, so the team plays at the Bet365 Stadium. Denise herself is not on the board of directors at Stoke City, though her father Peter is the Chairman, and her brother John and husband Richard are both directors.

The innovation of Bet365, leading to the company’s ideas and services being copied nationwide and worldwide, together with the re-alignment of the betting industry with the Gambling Act 2005, has had an effect of facilitating instant sports betting. Even with the warning signs, there have been unintended consequences.

With that in mind, once relative stability is in place after coming through the recent lockdowns, the next challenge for the betting industry is from new legislation regarding advertisements.

From October 2022, with the run-up to the World Cup specifically in mind, gambling and betting companies will be banned from using advertising featuring top-flight footballers and other sports personalities, as well as reality TV and social media stars.

This is further extended to sponsors’ names on football shirts, and in-house advertisements for gambling companies in the stadium during a match.

The aim is to take away the attractiveness of gambling from the under 18s. At present, it’s already the case that junior versions of replica football shirts don’t have any sponsors’ names on them, and no-one under the age of 25 can take part in a betting advertisement. However, with the likes of Neymar Jr, Jose Mourinho, Cristiano Ronaldo and others all currently promoting online gambling, the test for the gambling companies will be how to promote themselves without using the cachet of celebrity.

How Denise Coates intends to promote Bet365 from the Autumn onwards will go some way determining how both her – and the gambling industry as a whole – futures will pan out. Don’t bet against her continuing a successful empire.

There are around 280,000 ‘problem gamblers’ in England, according to a 2018 study by NHS Digital, although a YouGov survey two years later found there could be 1.4 million across the UK. According to the National Gambling Treatment Service, just 3% of them receive any treatment.

This has led to gambling addiction charities, the NHS and MPs on all sides of the House to call for a mandatory levy on the gambling companies. It is felt they are actively promoting addiction with offers of ‘VIP Treatment’ and ‘free bets’ in their advertisements, without doing enough to help gamblers with addictive traits; and the inherent destruction placed upon those lives.

“After seeing the destruction the gambling industry has caused to young people in this country, it is clear that firms are focused on profit at the expense of people’s health, while the NHS is increasingly left to pick up the pieces,” said Clare Murdoch, head of mental health in England.

“In a year when the NHS has dealt with our biggest challenge yet in Covid-19, the health service’s psychologists and nurses having been treating hundreds of people with severe gambling addictions.

“The gambling industry must take more responsibility, as the nation has come together over the last year to support the NHS, whether it be volunteering as vaccinators or showing their gratitude to staff. The bookmakers must also step up and agree to a mandatory levy to pay for dealing with the harms of problem gambling.”Additionally, of Denise Coates’ huge salary, Mike Dixon, CEO of Addaction (the positive behavioural charity, aimed at helping those with alcohol, drug and gambling addictions), said, “It cannot be right that the CEO of a betting company is paid 22 times more than the whole industry ‘donates’ to treatment.”

In 2019, the ‘Big Five’ gambling companies in the UK – Ladbrokes owner GVC, William Hill, Bet365, Paddy Power owner Flutter Entertainment and Sky Bet – told the government that they would be willing to increase the voluntary levy they pay from 0.1% of annual UK revenue to 1% within five years to pay for treatment towards gambling addiction.

The offer was voluntary, and didn’t involve any other betting companies. This would raise an estimated £60m per year by 2023 (up from £10m), although critics argued at the time that this was merely a ‘bribe’ in order to stave off a mandatory levy imposed by the Government.

However, sources at gambling charities say the money has been slow to arrive, while the industry has also been criticised for trying to control which organisations receive it.

In response to that criticism, a spokesperson for the Betting & Gaming Council,  representing the gambling companies and resisting calls for a mandatory levy said, “Safer gambling messages have been stepped up across all platforms, including TV and radio, and we regularly signpost the help that is available to those who need it.”

The ban on advertising using sports stars is part of a review the government started undertaking at the end of 2021 into the gambling industry, and the issue is far from resolved regarding the introduction of a mandatory levy.

The Sussex charity is proud to have been chosen as the charity partner for Platinum Media Group’s premier women’s business...

If ever a name was not befitting a car, this was probably the one. Rather naively, perhaps, I do have an immediate expectation of...

16 The growing importance of kindness in business

Despite the uncertain times we live in and the bad news we watch daily on our screens, we live in a world where kindness is all around...