READ NEXT
The World of Drones 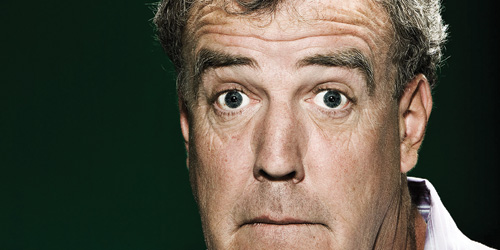 If ever there was a person who justifies the Marmite tag, it’s Jeremy Clarkson. Love him or hate him, it is undeniable that he is a superb television presenter who has managed to transform a pretty average and niche motoring programme into one of the most watched television shows in the history of the BBC.

Top Gear has been around since 1977, when it started as a monthly motoring programme based at BBC Midlands Pebble Mill studios and was transmitted to the Midlands region only. Believe it or not, the first presenter was Angela Rippon. In 1980 the BBC network took over the show and replaced Angela with Noel Edmonds, who the was the network’s flavour of the month at the time, plus Sue Baker and the bearded bore, Chris Goffey. It still didn’t capture the audience’s attention, so they switched Edmonds for William Woolard. 1987 saw an all-change again as former F1 driver Tiff Needell joined the show, along with Tom Boswell, Tony Mason and a little-known journalist from Performance Car Magazine, one Jeremy Clarkson.

This was the turning point as the show became more humorous, critical and controversial. Clarkson brought a new point of view to the show, one that would openly criticise any car they thought rubbish, and this fired up the imagination of the public, who were bored with bland motoring shows that were terrified to call a spade a spade.

Despite constant criticism that the show was overly macho and encouraged irresponsible driving, the show was a huge hit and pulled in over 5 million viewers for the first time and became BBC2’s top viewed programme. This is due in no small measure to Clarkson’s presenting style, which chimed with the audience….