Should You Be A School Governor

READ NEXT
Children With Special Needs 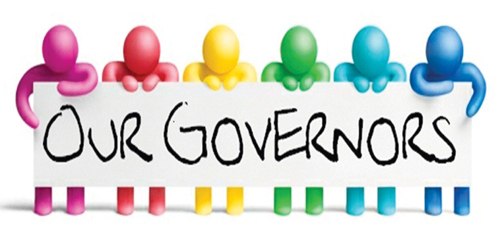 ‘It won’t take up too much of your time,” my children’s genial primary headteacher reassured me as he co-opted me onto the governing body. “Just one meeting per term, and leave the rest to the professionals” – or words to that effect.

It sounded so eminently manageable that morning at the school gate. How could I say no? So why, according to a new report from the charity Governors for Schools, are one in 10 governor posts currently vacant, with the shortfall as high as one in four in some schools in rural and deprived areas?

The answer lies in the gap between promise and reality. The latter, I only discovered once I had my feet under the governors’ table, is that being a governor can take over your life, whether you intend it or not.

Don’t get me wrong. I don’t blame the head. Had he asked if I’d take responsibility for appointing his successor, signing off the school budget, overseeing classroom standards, getting involved in tricky safeguarding issues, meeting Ofsted inspectors for a hostile interview which could, if I mucked it up, cost the school a prized “outstanding” ranking, and attending endless training sessions laid on by the local authority to equip me to understand the mountain of statutory responsibilities that sit on the governors’ shoulders, I would obviously have said no.

As for leaving it to the professionals, one of the prime roles of a governor, I quickly learnt, is to do the polar opposite – to be a “critical friend” to the head, which can cause a good deal of tension.

At best, becoming a school governor is a lottery. Perhaps, in a well-run, high-achieving school, below the radar as far as Ofsted is concerned, with settled staff and committed parents, it could just about be a breeze, all things being even. I’ve never met a fellow governor, though, who has had it that good.

It is baffling that school governors, the largest volunteer force in the country, are invisible to so many people – nationally, in their local authorities and even in their schools. Why?

Most people have been to school, so they know what teachers and heads do – even if things have moved on since they sat in a classroom. Few will recall seeing any governors, except, perhaps, on a speech day or other awards ceremony. Who knows what governors are for and what they do?

Heads and teachers are salaried professionals, with professional associations to protect and promote their interests. The National College of School Leadership’s remit does not include governors. Governors are volunteers and amateurs – although they are charged with very significant responsibilities which they must carry out professionally. Their representative groups are run on a shoestring.

In any walk of life the professional always has more power and influence than the amateur – and a higher profile.

“The work of governing bodies goes largely unnoticed” according to the University of Bath’s excellent school governance study published in October 2008 (and described in the Nov/Dec edition of School Governor Update). It recommends that “The status of governing bodies should be enhanced, their contribution more widely recognised, and greater publicity given to school governing in all sectors of society especially the business community”.

It does not say how this should be achieved, though.