IT Security: Have You Got It Right?

They hate IT, so they inevitably hate me from day one. But a year later we will have a fantastic relationship

READ NEXT
Are You Sitting Comfortably? 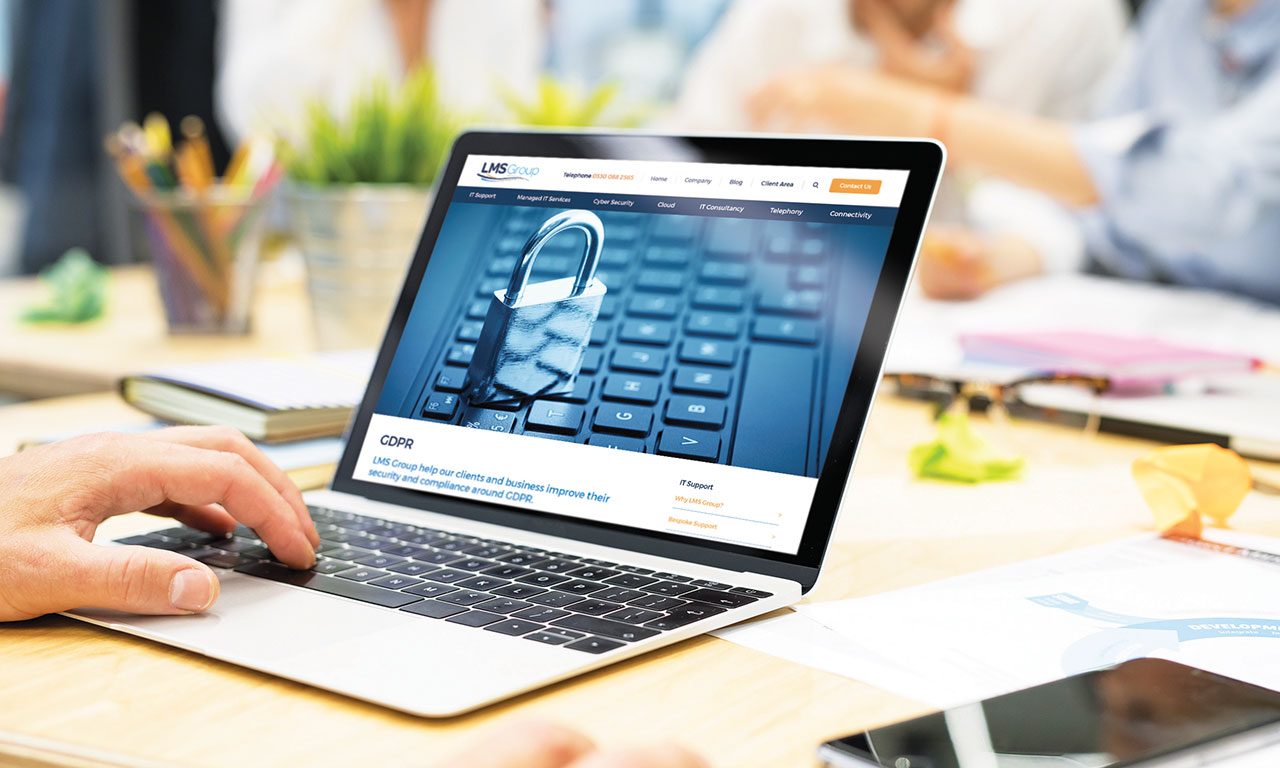 Effective and robust IT systems are essential for all businesses, but most companies only think about their IT when things go wrong. Luke Mead, MD of LMS Group is used to being called in when a disaster strikes, but he is happy to do so as this is usually the time he develops a lasting relationship with a business, helping companies make the most of the technology available to them.

There is an old adage that if something isn’t broke then don’t fix it. But this approach can be damaging to the prospects of a company, as it means that the business fails to embrace the huge power and potential of technology. Maybe the motto should be don’t wait until it breaks before you fix your failing IT!

Luke Mead knows that this is rarely the case: “A lot of businesses choose to work with us because they have lost faith in their IT company, something’s failed, there’s been an infection or breach in security or they know they can smell a rat.”

There’s no reason to wait until a crisis looms. “Businesses should already have existing security measures in place,” says Luke. “So many companies that we see are hugely vulnerable. We offer a Free Security Assessment which finds and exposes network and security vulnerabilities that exist within their IT infrastructure. From an IT point of view we can tell you what needs to be improved and we formulate a strategy to get the IT Security up to a level whereby it’s compliant and protected.

It’s always a big eye opener because a lot of people get complacent.

“Disaster recovery is crucially important. When we ask a business, ‘What’s your cost of downtime?’ they often haven’t got a clue. It’s not until they run it through a calculation taking into account staff wages and overhead, lost income and everything else, that they realise its importance. Even a day’s downtime costs a significant amount.”

Whether called in to help with a panic or not, the penny quickly drops that using IT experts is of value even when things appear to be running smoothly.

“What I really love is meeting a business that is in trouble with their IT and doesn’t trust or believe in their IT company, says Luke. “They

hate IT, so they inevitably hate me from day one. But a year later we will have a fantastic relationship because we’ve turned around their IT, which has allowed them to take their business to the next level. I love that client journey and knowing that we do a good job and do it well.

“We work with companies of all sizes; the fundamentals are the same.,” says Luke. “IT doesn’t have to cost the earth, you just have to get it right and I think that’s where a lot of IT companies go wrong. The other thing is, we don’t position ourselves as an IT company but as a Managed Service Provider (or MSP) and that’s quite key.

“It’s not just about IT, it’s about everything that works with an IP address. That covers everything from IT support, IT systems, your telephony, your connectivity, your business backup and continuity, your security, your cloud services, your Office 365, your email encryption, the whole lot.”

As much as Luke loves “meeting a business that is in trouble with their IT”, he is pleased that more and more companies are taking security more seriously, an approach that has become more prevalent with the impending GDPR deadline.

“Security is now a boardroom decision rather than something that’s handled by the office manager, especially with the increase in threats from ransomware and malware. With the world of IT you never know what’s around the corner.

“There’s a lot of hype around GDPR and a lot of misinformation. From an IT point of view, it’s about reinforcing your security measures. There’s a checklist on our website that says what you need to do and what you need to have in place.

“There are various elements, but effectively it’s implementing appropriate measures to ensure a level of security appropriate to the risk. For instance, under the right to be forgotten, people can say ‘Wipe all the information you hold on me’. If a business is using an antiquated backup solution such as offsite tapes or rotating hard drives, it’s very hard to do that.”

Antiquated is a term that certainly cannot be used to describe Luke, who at the age of 27, is running a successful company, employing ten staff. His age belies his experience - he has been running his company for 12 years, as he explains: “Unofficially I started the business when I was 15 because I got fed up with washing pots and pans. I put a few posters up around Arundel, on lampposts, in the fish and chip shop and also the local newsagent, along the lines of ‘I’ll fix your computer for a few quid’ – and people phoned up. I’d get home off the school bus and my parents would say, ‘Someone woman called. Apparently you’re seeing her at 4 o’clock tonight. What’s all that about?’

“I registered as self-employed when I was 16 as at that point I was doing more and more work with local businesses, fixing all their networks and IT systems, and I soon realised that I didn’t want to go on and follow a normal education path. I thought I still ought to take a bit of education just in case it doesn’t go well. So I went to Chichester College and studied for a BTEC National Diploma for IT Practitioners, which is great because it was only three days a week, which meant for two days I could run the company, but every day I was at college I was losing money.

“At the end of the first year I had achieved straight distinctions, partly as I did all the case studies around my clients. The college then allowed me to study from home, and I was soon turning over more that the VAT threshold. I was invited along to a business networking group and met someone who is still a very good and close associate of mine and he sat me down and told me: ‘This isn’t a hobby, this is a business’.

“At age 18 I had to go VAT registered. I still remember the date - on January 14th 2010 I formed a Limited Company, went VAT registered and initially ran the company out of my parents’ front room. I got stupidly busy and took on a lease for an office in Arundel, employed staff, and very quickly outgrew that office. We are now in a barn conversion in Barnham and we’ve got some really big (in some cases national) clients. We’re a Microsoft Gold Partner and that puts us in the top 5% of all IT companies globally.”

Totally unfazed about employing people older than himself, he is proud of the staff retention, and the way that the team has grown and developed with the business and are part of the journey.

“I very quickly transitioned from fixing computers to working for businesses,” recalls Luke. “I was running their IT and their networks, but my knowledge is nothing compared to the guys back at the office. They’re the brains, I’m just the front man. They know that, I tell them that every day.”

So what of the future - and Luke certainly has time on his side. Luke responds: “I think the trick to it is growing in a managed way because there are a lot of companies that grow too quickly, and in IT especially it’s all about service. It’s about doing a good job for our clients. We’re up over 55% this year on last year and that’s not because of flashy marketing, but from providing a good service to our clients.”

And what advice would he offer to a similarly entrepreneurially-minded 15-year-old? “Just go and do it without even thinking about it. I remember I took out a £7,500 loan to start the business and had to fake my income and say it was for a car because the bank wouldn’t lend to me if I said it was for a business. I believed in myself and that I could do it. If you believe you can do it, you’ll find a way.”