Doing Business on the Algarve

Portugal was recently crowned the third most-peaceful country in the world by the 2017 Global Peace Index, which ranked 163 countries according to their domestic and international conflicts, safety and security, and degree of militarisation.

READ NEXT
Using Creativity in Business 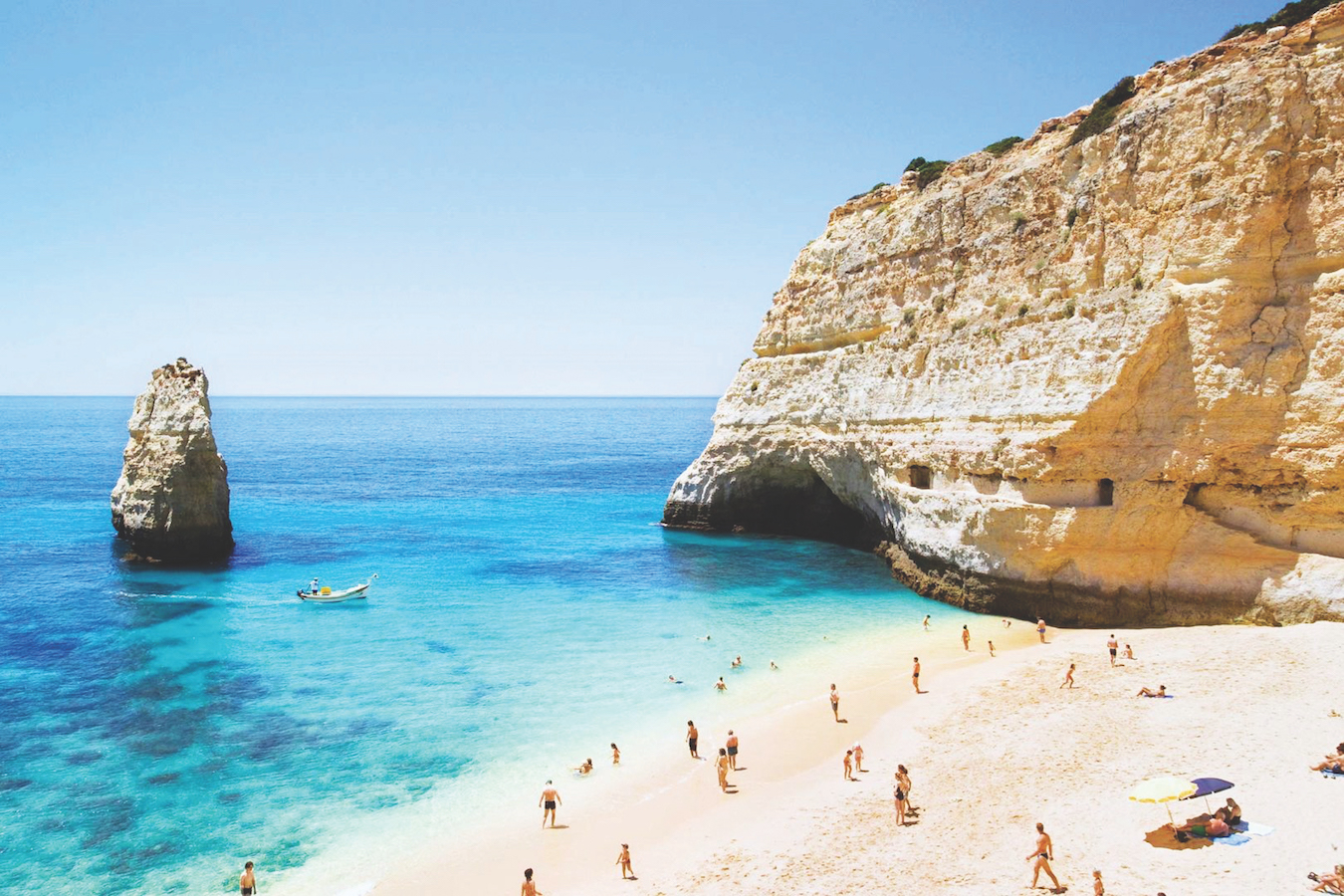 An endless expanse of sea hugs wind-whipped Sagres Point – where the Mediterranean meets the Atlantic. The water before the horizon urges your eye to explore its limits, the same sapphire siren that called out to curious minds during the Age of Discovery, luring them to sail into the unknown.

The ocean is the backbone of life along the Algarvian coast – from its brisker-paced port cities of Faro, Albufeira and Portimao, to its sleepy, unspoilt fishing villages. The region’s salt mining farms produce 90% of the nation’s sea salt, and its oyster and clam production also accounts for 90% of Portugal’s total output. And, despite toughening EU regulations and the pressures of modernity, its traditional fishing industry is holding fast.

However, the Algarve’s rolling waves – and the golden beaches they crash upon – profit the most from the international visitors they attract. Regarded as Portugal’s largest and most important tourist region, the Algarve contributed €15 million to the national travel and tourism industry last year, and hosted more than 4.2 million tourists out of Portugal’s 7.1 million total.

The average hotel occupancy in the Algarve grew to record levels of 65.5% in 2017, thanks in part to the rising number of corporate events it hosted. The trend for staging conferences and events outside of city centres has perhaps played a part in the region’s success. Aside from its year-round sun and enticing activities for groups, the Algarve offers peace of mind in terms of traveller safety. Portugal was recently crowned the third most-peaceful country in the world by the 2017 Global Peace Index, which ranked 163 countries according to their domestic and international conflicts, safety and security, and degree of militarisation (it was beaten only by Iceland and New Zealand).

In addition, compared with more established European event destinations, the Algarve is a relative newcomer. There is the space to build things from the ground-up and, as a result, the region’s offering feels fresh and modern. Alongside the Algarve’s well-preserved traditions and culture, event organisers have their pick of slick, high-tech places to hold their events for reasonable prices (see box below). And the options just keep on coming.

Last summer, the Algarve gained its largest conference venue to date. With 7,600 sqm of meeting space, and the ability to welcome 3,800 delegates at once, the Congress Centre of the Algarve Vilamoura has raised the bar for European meeting facilities. Located next to Vilamoura Marina, this cutting-edge building is airy and open. Its 19 meeting spaces are flooded with natural light, while its many terraces and 2,300 sqm rooftop space give the option for coffee breaks, dinners or receptions that make the most of the fresh ocean air and Portuguese sun.

Away from the meeting rooms, the Algarve’s beach club scene is hotting up. Blanco Beach Club opened with a bang last summer just outside the port city of Portimao. Inspired by “organic European living” – though its all-white, polished feel suggests something more blingy – the venue focuses on entertainment and experiences for its clientele. Its open-air nightclub welcomes international DJs, there’s an al fresco Atlantic grill dining concept and a sashimi menu, and the sunken beds, fire pits, private jacuzzis and the white sandy beach set the scene for an upscale private party.

One dent in the Algarve’s potential as a European events hub is its flight connectivity, which could be better. Faro airport is reasonably well-served from London – Easyjet flies there directly from Gatwick – but flights with TAP, Portugal’s national carrier tend to involve a stopover in Lisbon (not ideal for time-pressed corporate travellers), and the loss of Monarch has reduced options to the region from the UK.

Portugal has been bang on trend for a while now, and the Algarve is changing to serve the new kinds of travellers it is receiving. The diversity and quality of its offering can satisfy a range of delegates – from wellbeing fanatics to adrenalin junkies – and some of its latest resorts are truly destinations in themselves.

Reward your team with one of these local experiences

Learn how to cook this delectable local seafood dish, named after the spherical copper pot it is stewed in.

These curly-haired pooches herd fish into fishermen’s nets. Take a dip with them and see how they throw themselves into their work.

Formed by five islands that create a barrier against the ocean, this 60km lagoon area is home to incredible wildlife. Guided ecotours can be arranged for groups.

Take on some of the world’s best barrel waves as a team – it’s possible to arrange lessons for groups of up to 50 people with the Algarve Surf School Association.

Board a boat from Vilamoura or Albufeira to get a closer look at the Algarvian coast’s dramatic rock formations.

A cultural safari along the Algarvian coast, guests can visit villages that seem frozen in time. Learn traditional methods for making honey, and stop off at secluded coves. (portitours.pt)

The Algarve is home to some highly reputable medical spas that specialise in thalassotherapy – where the healing properties of seawater are used to rebalance the body.

Visit an artisanal spirulina farm in Serra de Monchique, or the beautiful wine estate of Quinta dos Vales for a taste of the Algarve’s high-quality produce.