“Where the best companies and people choose to be for the strength of its business community and the quality of its trading and working environment.” (Manor Royal BID Vision).

READ NEXT
The Starr Trust - Anything is Possible 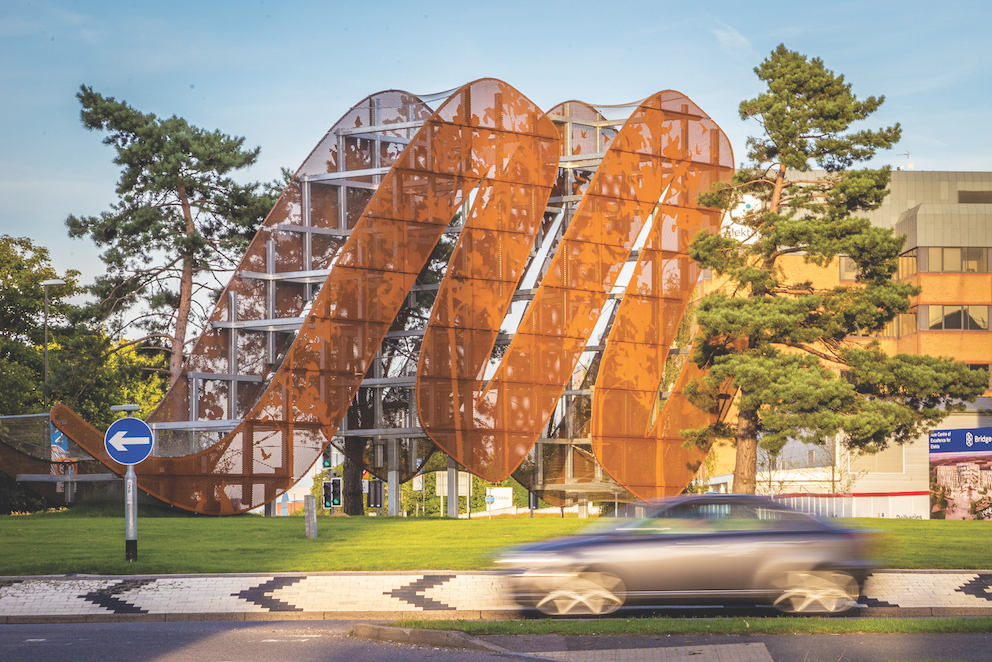 Once part of a rich landowners estate, Manor Royal was conceived as part of the Crawley New Town plan and quickly rose to become one of the largest business parks in the UK, and a key driver of the vibrant Gatwick Diamond economy.

Now home to well over 600 businesses, providing jobs for 30,000 people and generating an estimated Gross Value Added (GVA) of £1.7bn, Manor Royal Business District is more a business town than a business park.

Over the years it has changed, grown, and adapted as the economy has changed. Its diversity is one of its greatest strengths that has allowed the area to stand the test of time and flourish. And flourish it has in ways the new town planners of the 1940s could not have predicted.

A history of success

The designation of Crawley as a New Town in 1947 was the starting point for the rise of Manor Royal. The vision of the New Town Masterplan Architect, Anthony Minoprio was for Manor Royal to be an “industrial area superior to any in the country”. Although it wasn’t actually called Manor Royal then.

A bold statement but the aspiration seems almost modest now compared to what Manor Royal has become. Popular from day one, businesses moved their operations from London into modern, purpose built buildings on attractive sites with room to grow.

The target was to accommodate a talented workforce of 8,500 people. However, by the mid-1960s that number had almost doubled and now Manor Royal employs over three times that original estimate.

One thing that hasn’t changed is the excellent range of occupiers that operate here and the huge variety of business operations from the very smallest to the very largest.

A recent study by Nathaniel Lichfields & Partners, a leading planning and development consultancy, underscored some of the main components of Manor Royal’s success. Location is

critical and being located at the heart of the Gatwick Diamond, within touching distance of Gatwick Airport, is an obvious advantage.

The size of the place is also a factor, providing over 9m square feet of commercial floorspace split across 700 properties, from large warehouses to small offices and workshops. This is a great asset to Manor Royal and any business located here. It means Manor Royal accommodates a huge variety of different businesses, doing all manner of different things, which creates a great environment for local trade.

Since 2010 the amount of commercial floorspace has grown by 18%, there are 5% more businesses here and the already high productivity output of the area has increased by 5%. While only taking up 6% of the town’s landmass, Manor Royal now accounts for 25% of all Crawley jobs and contributes a whopping £34m (30%) per annum in rates.

When you add in the contribution employees make in income tax and national insurance, Manor Royal provides £207m every year to the public purse, which helps to quantify just why the Business District is so important to Crawley and the wider economy, attracting about 18,000 people every day from outside the town to work here.

Bang for your BID buck

When you move to Manor Royal, businesses are not just moving to a business park of anonymous, unconnected, disparate companies. Since 2013 Manor Royal has been home to the UK’s largest business park Business Improvement District (BID).

Through the BID, Manor Royal businesses are part of an organised, funded community with the power to influence and deliver real and tangible changes to improve the trading and working environment. And because businesses have to vote every five years to keep the BID going, it has real legitimacy in the eyes of the local authorities, and others that the BID works with and seeks to influence.

During the first five years, we’ve generated in excess of £1m from third parties directly for BID projects, and over £2m has been invested by others to improve the general area. Added to the £2m generated by businesses themselves, that means through the BID, over £5m of extra investment for Manor Royal that would not have otherwise happened.

BIDding for the future

“For me it was an easy decision to vote ‘Yes’ for the BID renewal,” said Keith Pordum, Managing Director of Bon Appetit and Vice-Chairman of the BID. “I’ve seen the positive difference the BID has made for companies of all sizes located here.”

As a result, a fund of c£2.6m will be generated from the Levy and used to generate additional funds to deliver the projects and services set out in the new Business Plan (2018-23). And literally no time is being wasted in getting on with the next phase.

Planning approval was granted at the end of March to improve the Gateway 1 entranceway, the busiest entry point to the Business District near the Bank Precinct, and consent to install six digital advertising screens at key locations around the area is anticipated anytime.

In May the ever popular Know Your Neighbour event (16th May) will bring together over 300 colleagues representing about 100 business from across Manor Royal and for the first time, in partnership with Prowse & Co the BIDs marketing and events partner, the BID is organising the Manor Royal Careers EXPO (17th May) to promote the excellent careers and jobs available.

Talking about the Careers EXPO, Zoe Wright, Director of People and Premises, B&CE said: “Through this event, B&CE is pleased to help foster a strong sense of community and raise the profile of the great opportunities we can provide as a local employer.”

The evidence is clear. From a field to economic powerhouse, Manor Royal Business District has emerged as an important destination of choice for many household names and local entrepreneurs and – with the Manor Royal BID renewed for a further five years – the foundations are in place for a prosperous future.

A Leader for household names and blue chip global brands