It hosts the warm up to Wimbledon, is currently undergoing an extensive regeneration programme, and has happiness at its heart.

READ NEXT
How to recruit, reward and retain great employees 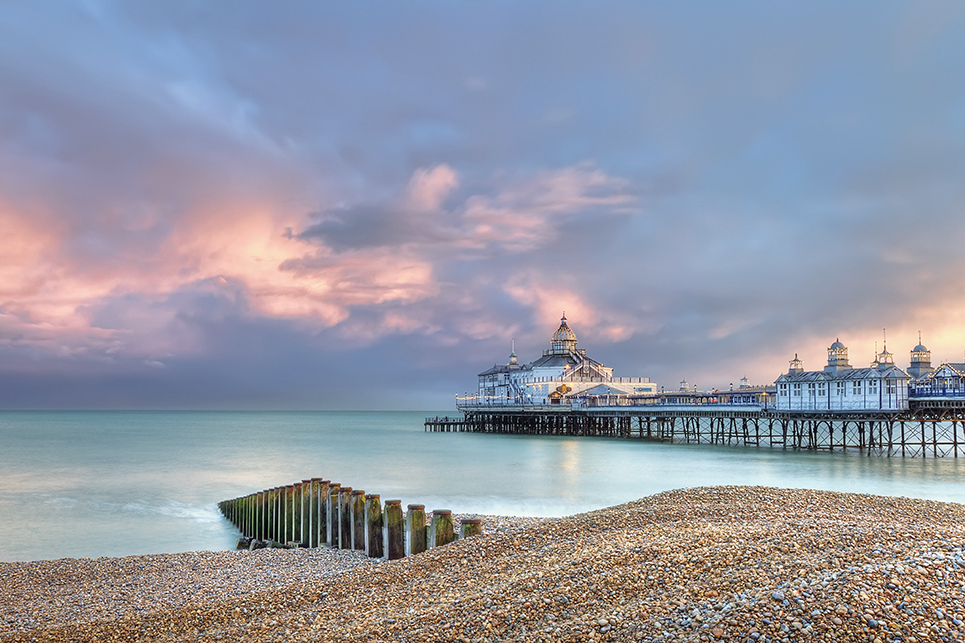 There is something happening in Eastbourne. This once sleepy seaside town known for its faded glamour, crumbling architecture and abundance of pensioners, is having a bit of a revival from its days as a retirement hotspot. There’s a flurry of activity happening in the town from the £85m regeneration of the Arndale Centre, to the Devonshire Quarter - a new cultural, sporting and conference destination which already boasts a major upgrade of world-class tennis facilities at Devonshire Park. Not to mention Sovereign Harbour Innovation Park, a high-end contemporary commercial premises for small, medium and large businesses. And it seems there’s no stopping this East Sussex seaside resort, its vowed to be the ‘UK’s most desirable town within the next five years’,  and who’s to question it when it features in the top 10 of the UK’s happiest towns and according to the Met Office, is one of the UK’s sunniest towns.

Its history lies in the Duke of Devonshire, who in 1959 wanted to develop the town from four separate hamlets and so appointed architect Henry Currey to design a street plan, not before sending him to Europe for inspiration, and who then returned to let his creative juices flow across Eastbourne resulting in a mix of Victorian architecture with a hint of the Med. It’s this eclectic mix of old-fashioned allure combined with a coastal charm that’s attracted Hollywood film directors to Eastbourne - Pearl Harbour, Harry Potter, James Bond, Robin Hood Prince of Thieves, Made in Dagenham and Chitty Chitty Bang Bang were all filmed in parts here. In fact, the 2010 Brighton Rock film was largely filmed in Eastbourne with Eastbourne Pier standing in for Brighton - it was said that Brighton was ‘too modernised’ for filming whilst Eastbourne retained period features and a ‘retro pier’.

And it is this ‘retro’ pier that is Eastbourne’s number one tourist attraction. Following the 2014 fire in which the large arcade and saloons were destroyed, the pier has been redesigned into an ‘Open Deck’. During the last three years, and under the new owner, Sheikh Abid Gulzar (who last month acquired Hastings Pier), the pier has undergone extensive renovation including re-painting, a new open deck area and new seating. Here, visitors and residents alike can enjoy afternoon tea, jazz, or good old fashioned fish and chips.

For the art lovers, move inland and you’ll find Towner Art Gallery (pictured, right) - certainly one for your to-do-list. This award-winning contemporary art gallery and museum is home to UK and international contemporary art and hosts one of the most significant public art collections in the South of England. It draws over 100,000 visitors a year with its works of art (in excess of 5,000 to be precise) by historic, modern and contemporary artists. Since the gallery was established it has received donations of work by significant artists including Pablo Picasso and Henry Moore.