CEO of EMC Corporate Finance and three times winner of the South East Dealmaker of the Year Award, assesses the current state of the M&A market

“The UK is one of the top five investment destinations named by US executives this year, and businesses across Europe are similarly seeking opportunities to snap up British firms while the going is good.”

READ NEXT
Making the most of international demand 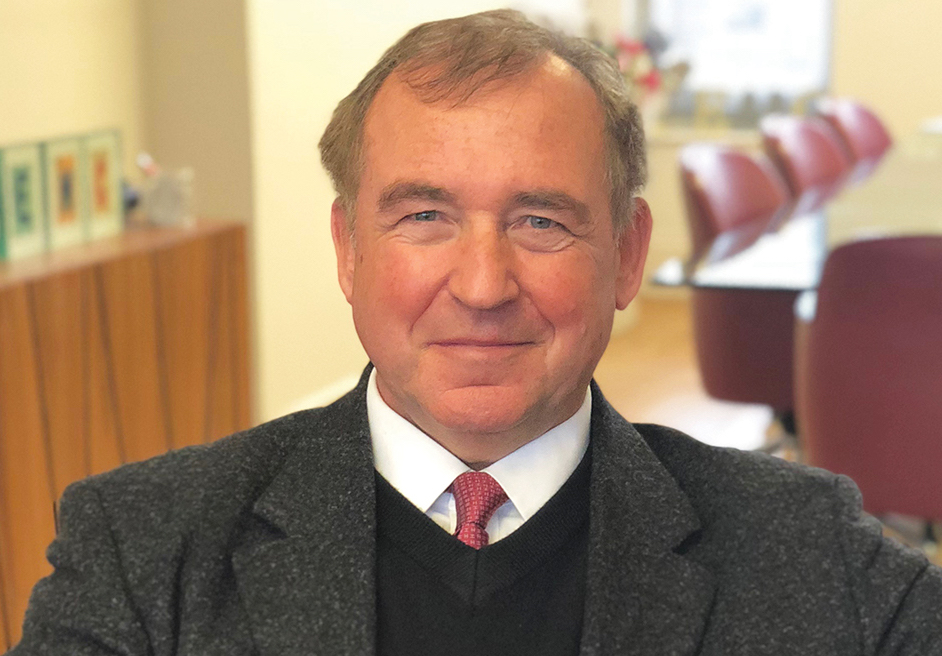 Making predictions about the economy is a mug’s game. I remember the old joke about why God decided to invent economists. The answer? To make weather forecasters feel good!

And is it any wonder when, on the one hand, you have those who would have us believe that we’re heading towards fiscal hell in a handcart caused by Brexit, and on the other, the legions of mainly small and medium sized businesses that are continuing to defy the gloomsters and doomsters by doing rather well.

Employment is at record, levels, pay is gradually easing ahead of inflation, productivity is slowly improving and exports booming thanks to the falling pound.

Ok, the day of reckoning viz-a-viz Brexit may still be to come, but for the time being things are holding up pretty well.

That is particularly the case in the M&A market which, so far this year, has been performing out of its skin.

Megadeals such as Melrose’s £8bn takeover of GKN and GlaxoSmithKline’s £9.2bn purchase of Swiss competitor Novaris helped the UK market achieve its best opening to a year since 2012.

But while these huge transactions have grabbed all the headlines, things have also been buzzing at the lower end of the market.

We’ve also had our best start to a year since our formation in 1989 with seven deals already signed off and several more close to completion.

In the first quarter, we sat alongside big hitters like PWC and above Investec Bank in Experian’s Top 10 most active dealmakers in the South East.

None of our transactions were big enough to attract the attention of the national media, but they made a huge difference to the lives of the business owners and directors we were representing.

Take the sale of Parker Building Supplies as an example. It was recently snapped up by specialist private investment firm Cairngorm Capital Partners LLP in a deal in which we acted as introducers.

Founded by Tom Parker in 1984, the company has grown to become the South East’s leading independent builders’ merchant with 15 branches across Sussex and Kent, generating revenues of £67m in 2017

The deal offered Tom the opportunity to retire knowing that Cairngorm Capital’s unique mix of sectoral expertise and investment skill will enable them to take the business to the next level and become a leading distributor of building products in the UK.

As he said at the time: “Parkers has grown substantially in recent years and has the potential to achieve much more. This is the natural point for me to pass the company to new, trusted custodians who can deliver on its future potential.”

It’s a theme we see repeated constantly as more and more business owners come to recognise that the current market represents a rare opportunity to maximise the return on their years of hard work and investment in starting and building their business.

That’s because, for once, a number of key factors have come together to create almost perfect conditions for both sellers and buyers.

As Steve Krouskos, global vice chair of transaction advisory services at EY says in his quarterly review: “I think it will be a great year, one of the top three if not a record.”

So what are the factors that are stimulating the market?

For a start, an increasing number of overseas buyers are being attracted to the UK market by the drop in the value of the pound. The UK is one of the top five investment destinations named by US executives this year, and businesses across Europe are similarly seeking opportunities to snap up British firms while the going is good.

We have done a large number of cross-border deals over the last 18 months, some of which have been highly complex, and this pattern only shows signs of increasing over the coming months.

PE firms, in particular, are sitting on vast reserves of cash that they are looking to invest in the right vehicles.

At the same time, home-grown companies are increasingly deploying capital to make strategic acquisitions rather than sit on cash which, in the present low-interest climate, earns them next to nothing.

They’re all looking for bargains. In the recent Thomson Reuters Dealmakers Sentiment Survey, 48% of UK corporate executives said that acquiring undervalued assets is one of their top three M&A objectives for 2018.

But that may be harder to achieve than to believe, given that the global average acquisition multiple equalled an all-time high last year at 14.4 times Ebitda, according to Thomson Reuters.

Values are continuing to hold up well this year too, so the bargain hunters may face disappointment while sellers will be laughing all the way to their banks.

Just as cross-border dealmaking is increasingly becoming the norm, cross-sector M&A is also becoming more commonplace. According to EY, almost a fifth of global executives see an increase in cross-industry acquisitions to be a hallmark of 2018, fuelled by a need to adopt new technologies and digital capabilities.

With so much going for it, it would be easy to assume that it’s an easy time to be making deals.  Wrong! Due diligence, in particular, is taking much longer and is a lot tougher than I’ve previously known it. Lots more deals are falling over at the last hurdle, victims to forensic examination by legal and accountancy advisers.

As ever, time, patience and a lot of forward planning has to go into preparing a company for sale or making a strategic acquisition. Having the right advisers by your side throughout will certainly help.

As John Burroughes, MD of Timely Management said after the recent sale of his company to the Ickenham Travel Group PLC: “We simply could not have got here without the help, support and advice of EMC. They have been with us every step of the way through what was, at times, a daunting process.”

So although the conditions are almost as good as I can remember for both sellers and buyers, nothing can be taken for granted.  Get the deal right though and the rewards can be life-changing.