A Grand breakfast with António Horta-Osório

The bank has over 20 million current account customers and is also the largest digital bank with 13.8m digital customers, including 9.8m mobile users

READ NEXT
Keep up with payslip evolution 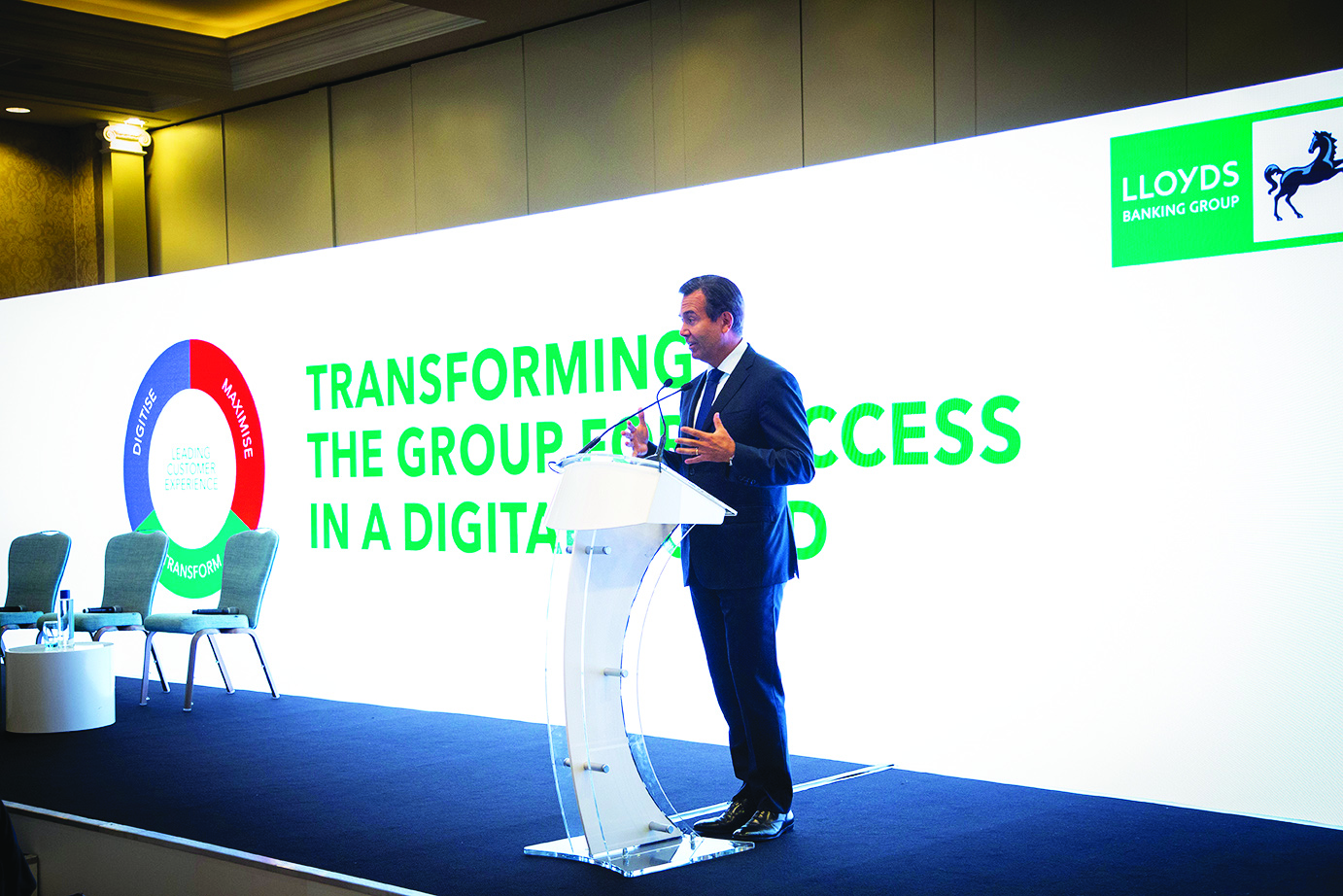 António Horta-Osório joined the Lloyds Banking Group as an executive director in January 2011, becoming CEO on March 1st of the same year.

He joined as the bank was seeking to re-establish the confidence of investors and the public after the impact of the financial crisis. By October 2008, taxpayers owned a 43.4% stake in the bank, a result of a bail-out to save the bank from potential collapse.

Under Horta-Osório’s stewardship the bank has been turned around to create a group with a differentiated business model of a digitised, simple, low risk, customer focused, UK financial services provider.

In May 2017, the UK Government sold off its last remaining stake, meaning that the bank was free from state ownership for the first time in almost a decade.

From at one stage operating in more than 30 countries, Lloyds is now focused largely on the UK, which accounts for around 97% of its business. The bank has over 20 million current account customers and is also the largest digital bank with 13.8m digital customers, including 9.8m mobile users, while Lloyds Banking Group commercial banking has approximately 74,000 customers and over one million SME customers (including social and community organisations).

During his speech to the assembled guests in Brighton, Horta-Osório expressed his guarded optimism that the UK will reach a deal with the EU, largely because the option of a ‘no-deal’ would be detrimental to all parties.

He also outlined four main factors driving change for financial services over the next few years.

The first is customers’ legitimate demand for a more personalised, efficient and frictionless service.

Secondly, technological innovations, such as digitalisation and robotic process automation, are making it increasingly possible for those demands to be met, in a cost-effective way.

Thirdly, these technological innovations are themselves opening the door for new and varied sources of competition.

Finally, regulators are demanding that banks take the action that will allow such choice and competition to flourish.

Horta-Osório said: “The Harvard Business Review says that the number one most important factor in customer loyalty is reduction of customer effort. They want maximum convenience.”

“As we look to the bank of the future, it will need to meet, if not exceed, the expectations of increasingly tech-savvy customers.”

Whilst in the area, António Horta-Osório also visited a local company. We will share details of that visit with Platinum readers next month.

For information on how Lloyds Commercial Banking can help support your business call Alan Harber on 07919 211 592 or email him at alan.harber@lloydsbanking.com