How VR ups your game at an expo

READ NEXT
The One Minute Manager 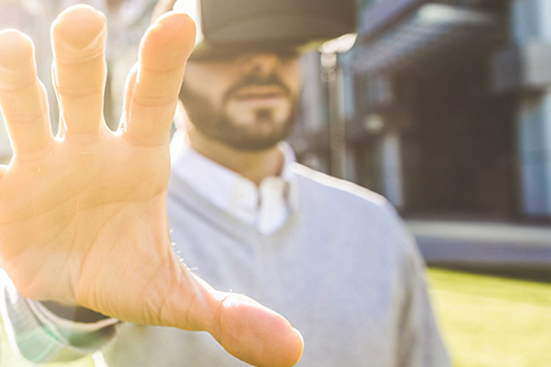 You probably think you know what to expect when you’re attending a business tradeshow - a mix of exhibitors and visitors milling around with a positive business buzz in the air. But what if, on top of the standard networking hustle and bustle everyone is accustomed to, you could be transported – at least for a few minutes - to a luxury car showroom, or a rocket ship hurtling through space? Enlisting Virtual Reality (VR) at an Exhibition allows just that!

For those of you who’ve yet to encounter Virtual Reality and its many incredible uses yet, I’ll provide a brief explanation. Virtual Reality utilises the power of modern-day technology, and through the use of a headset and often a handheld component (such as the Oculus Rift), a virtual scenario is generated for the user. Initially this became popular in the gaming industry, with companies like Facebook and Sony at the forefront of VR gaming innovation. However, VR’s capabilities have grown beyond this in recent months, with it now being applied in business environments. VR can even be adapted to work with any smartphone device, provided you have a viewer such as the Google Cardboard.

Recently, a range of companies have used VR as a method of demonstrating new products they’d otherwise not be able to get inside a venue, to large audiences. With VR optimised equipment, you can provide stand visitors with a complete tour of your product range at any expo, without having to transport your stock to showcase it all.

Another excellent innovation of VR is its uses as an entertainment service. A number of companies are beginning to harness the power of VR and motion control to create a variety of simulations, from roller coaster rides to underwater experiences. These kinds of experiences bring an added element of fun to business proceedings at events, and often cause quite a stir as the topic of conversation and ice-breaker between visitors and exhibitors.

So why might it be an idea to begin to look at VR as a viable option for your next Expo appearance? Well, other than its use as a demo for your brand and its products, studies have shown that when we’re experiencing feelings of joy, we are more likely to recall details from memory. If you have a room full of engaged visitors having fun with VR, they’re also subconsciously more likely to remember the conversations and connections they’ve made throughout the day.