The world of NIMBYs

READ NEXT
IT support in Eastbourne 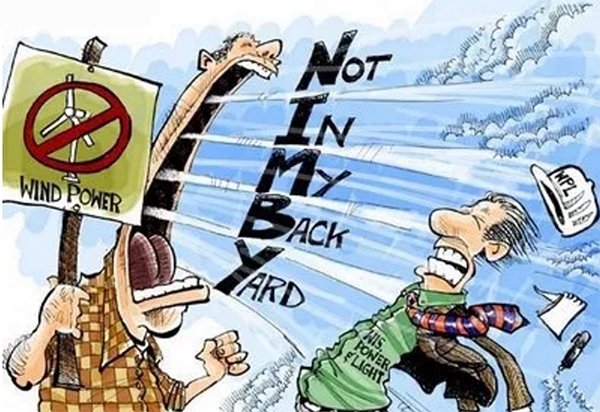 We are all aware of the massive problem with rising birth rates, immigration and oldies living longer that places huge pressure on the UK’s housing stock. This leads to pressure on jobs, schools, hospitals etc etc. It’s a tough dilemma and one that is cured by either shooting half the population or building more homes. I hear it is illegal to shoot people therefore we MUST build more homes.

To supply jobs for this rising population, we also need to create more businesses, encourage firms to expand and ensure that corporate growth is easier, with profits remaining in the UK and not being syphoned off to Ireland where most American tech companies have their European HQ’s, benefitting from a lower corporation tax rate and the ability to claim zero profit and suck all the cash back to the US.

And yet, every single time there is a vague suggestion of a new development, a new factory or airport extension, all hell breaks loose and the locals mobilise with their pitchforks in a way that would have won us the war years earlier than 1945 if the Germans wound them up as much as a few homes in a field close to their house.

Any new commercial development creates jobs and this is good for the entire local economy. More business for local hotels, restaurants, the dying High Street and of course, more cash into the local economy.

Trouble is that these people seem to have picked a time in history – around 1827 – and want everything to stay the same, forever. They want more money, jobs for their brood, easy airport access for their holidays and local shops but fail to recognise that this all comes at a cost. The cost is progress and a bit of inconvenience.

Take Goodwood House. When it was first mooted in 1697, there were complaints to the local sheriff, saying it would spoil views and create more cart traffic. Now people come from all over the world and it has put West Sussex on the map and is now listed and regarded as a national treasure.

Another case in point would be a field in Oxfordshire purchased recently by an American philanthropist, who applied for planning permission to build an architecturally beautiful car museum. This would be open to the public and to schools for educational visits. The local yokels went nuts and 249 of them recruited the Starship Enterprise Captain, Sir Patrick Stewart. He and this merry group banded together and, by using nimby noises and hyperbole, created the image of a super-rich car nut having a 2,000-decibel rev-offs with his billionaire mates every Sunday morning (no cars would ever run, this was a static museum). It would have employed 100 local people and attracted thousands of tourists to the area.

As a result, the local council gave in – sod the jobs and the money injected into the community. We would much prefer people to be fighting in the street over the one job on offer from whatever charity shop had opened in the town that week and that was the end of that. A year later that same group are complaining of a lack of investment in their area, dwindling local tax receipts and are protesting. Honestly, you couldn’t make it up.

Take the expansion of Gatwick Airport. The protesters won and LGW was refused the second runway with no concern about the residents around Heathrow who will now be blighted - an attitude of ‘as long as it’s not near my house, l don’t care’. So, when Gatwick came up with a halfway solution of bringing their emergency runway into use to give themselves some more capacity, off they go again. One Director at the airport told me that he receives over 50 letters a day – from the same person and he is verbally abused at local meetings and across social media. These same people want jobs for their kids, cheap flights from their local airport and a thriving community. You really couldn’t make this up.

The airport campus employs 21,000 people with a further 10,000 in airport dependant ancillary companies, and contribute over £2 billion to the South East economy. It is the busiest single runway airport in the world. Extend it and it could employ another 5,000 folk but because the planes might fly over a swathe of homes, there have been protests on the scale of global nuclear disarmament.

The same happens when a developer, encouraged by the government to build, build, build, finds a site within 5,000 miles of an existing house and, after a fight that probably costs his firm many thousands, gives up and goes away.

All these ventures bring wealth and jobs – the twin pillars of rejuvenation and what makes the economy turn. Not cheap houses build from spit and sawdust. Not tacky charity shops. Not a ban on Londoners owning second homes. Just money and jobs.

To the NIMBYs, l say shut up and go home and stop trying to hinder the development and progress of the United Kingdom. We need that far more than we need you.