What does your office mean to you?

READ NEXT
How to get your branding right 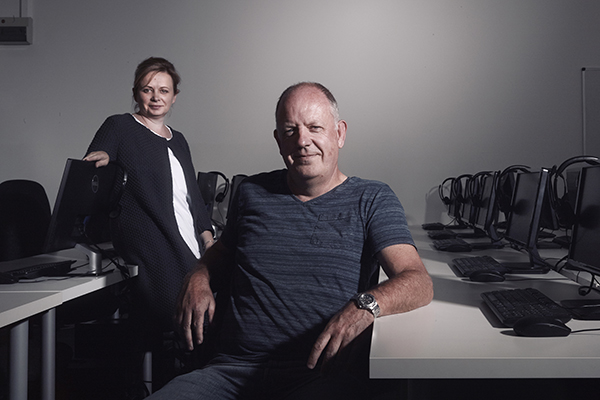 The importance of a physical space to the business based in it has historically been overlooked. From ease of communication through to mental well-being it can have a surprisingly dramatic effect on performance. As an incubator and innovation centre that has provided working spaces and offices for more than two decades, the Sussex Innovation Centre has seen a lot of change in the needs of businesses and the market.

Back in the far-off land of 1996 when the Innovation Centre first opened, the physical environment for many companies in the South East was almost unrecognisable from today. Without modern wireless and cloud-based technologies, offices were full of large desktop computers and CRT monitors, expanses of filing cabinets, phones and fax machines. Nowadays much of this space is saved and that computing capability has been squeezed into our mobile phones!

Due to wireless technologies and the internet, the need to be chained to a desk in a specific location declined, and flexibility in the workplace became popular. While not a new concept, hot-desking and ‘barrier-free’ workplaces are now more prevalent, meaning employees can rock up with a laptop and get on with work almost wherever they are.

Businesses expressing an identity has also become increasingly important over the years, with ‘statement offices’ that shout about the occupants’ personality and values becoming more common.

Some organisations sought out interesting or quirky buildings to help them put across a unique image, while others capitalised on practical and utilitarian industrial spaces available at a much lower cost. Some gravitated towards the competitive inner-city environment, while others moved into an out-of-town ‘business park’ setting.

We’ve become more aware of this contrast since opening our sister site in the heart of Croydon in 2015. Becoming part of this vibrant up-and-coming tech community gave us more insight into the start-up ecosystem with its wealth of co-working spaces. Our new office space offering had to be positioned differently, and this has in turn informed how our Sussex hub has evolved.

We’re somewhere between these two worlds in our ‘out of town’ setting, a few miles outside the bustling Brighton city centre, nestled on the edge of the South Downs on the University of Sussex campus. Being based at a university has an impact on the personality of our building, as does its age. It was built in the early ‘90s and extended in the early ‘00s – when ‘innovation space’ was a new concept, and providing space for multiple computers was futuristic thinking. We’ve had to continually adapt and transform the framework we have into an environment that fits today’s needs.

Our offices come in all shapes and sizes but are essentially a blank canvas, empty rooms on to which each company can imprint their own image. They can create meeting areas, chillout zones - even music studios - to suit the company and its employees.

One of the biggest recent changes to our working environment has been the refurbishment of our reception area. Our front of house is our members’ front of house and we have a duty to represent them as well as ourselves. With the wide array of companies based at the Centre - innovation and ambition are the only constants - it’s been essential to maintain an element of neutrality. While a fireman’s pole into reception might convey the feeling of fun that a games developer may want to portray, it might not be so fitting for the drug discovery company down the corridor.

The transformation took place last year; we modernised the space to create a professional impression for visitors, but more importantly, a useful space for our members. With the addition of high benches, meeting tables, charging points, TV screens and privacy booths, the space can be used for break times, informal meetings, presentations and events.

Creating communal spaces encourages collaboration, fitting with the working practices that businesses want. Fostering that collaboration isn’t always easy, even if the space is designed for it. The main appeal of Innovation Centre membership is the opportunity for knowledge sharing, collaboration and mutual support; we’re learning that just holding a networking event isn’t always enough.

Feedback we’ve received in a recent member survey shows that going along to an event on your own, even if it’s just along the corridor, can be quite daunting. We’re now trialling a more casual, no-pressure approach. Our recent drop-in members’ breakfast proved far more popular than past events marketed as networking opportunities. Social events on a theme also work well, such as our International Women’s Day lunch last year which brought together the women (and men) of the Centre in support of the #BalanceforBetter campaign. Uniting people with a common passion, business related or not, can facilitate potential business opportunities.

It’s undeniable that people’s expectations of workplaces have got higher. Space needs to be functional and fashionable, open and collaborative but with areas for deep concentration. AI, AR and VR are going to have a huge impact on working styles in the near future, with virtual meetings replacing video conference calls and automation meaning even less physical presence is necessary. It’s hard to say what demands these changes will make of workspace but we will be ready to adapt once again.