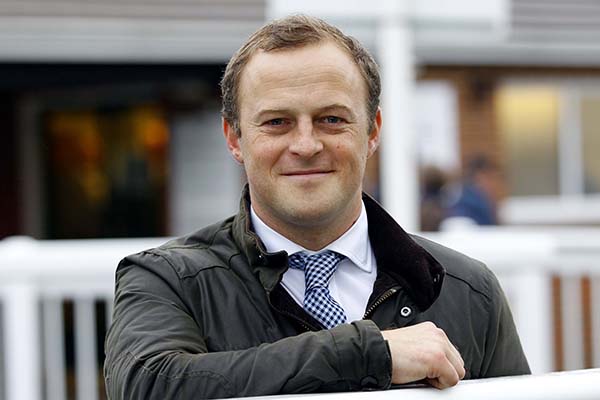 Asked to describe Plumpton Racecourse, Chief Exec Dan Thompson doesn’t hesitate in replying “a hidden gem”. He’s not wrong. Set at the foot of the South Downs, it is certainly a picturesque location to watch the sport of kings. “One of the attractions for racing fans,” says Dan, “is that the circuit is only just over a mile long. This means you can follow the race all the way round and you get a great view of the final fence and the finishing post; you are really close to the action. You can stand in the centre to see the horses coming down the hill at top speed and the parade ring is very quaint. People like the fact you can get up close.”

Dan has been at the helm at Plumpton for two years (he started just days before the start of the 2017/18 season) and is a man still clearly in love with his job: “It is long hours but I have been passionate about racing ever since my first visit to a racecourse when I was 16. I found myself looking at how horses run - trying to work out why some horses won races and others didn’t. I started to look at how horses were saddled up, the horses in the parade ring, how they trained and how a racecourse works. Once you scratch the surface, you tumble down into wonderland as there is so much depth and so much to learn.”

Dan is not alone in his appreciation of racing and is keen to point out how popular it is: “Racing is the second biggest spectator sport in the UK with over six million coming along each year; only football attracts bigger crowds.

“The sport is enough for me, but now people want a bit extra. On the bigger racedays it is more a social occasion and we have entertainment for the children as well as offering free entry for under-18s. Our challenge is to convert the social visitors into real racing fans.”

It is a big issue for all the racecourses - how can you persuade the casual visitors who come along for a family festival or Ladies Day to attend less glamorous meetings? It is particularly important for Plumpton as a National Hunt course, which operates during the chilly winter months.

“National Hunt starts in September, so the weather is a huge factor for us,” says Dan. “On the day of the family meet in September last year we had a few storms which had a big impact. On the other hand we had great weather at Easter and had over 10,000 people here. Our season is bookended with events which attract a wider audience.”

It would, however, be wrong to say that midweek events are solely attended by the racing die-hards - they are also very popular with corporate groups, according to Dan: “The corporates tend to come to the midweek events - the weekends are more family-orientated. We have nine hospitality boxes and two restaurants, and for big events we have the marquee open. Clients have the hospitality box for the day and use it as an opportunity to really get to know their clients. Lunch can be before or during the racing (depending on the time of the year).

“A popular feature is the fact that the guests have their own tipster, jockey Dave Crosse, to talk the guest through the race card. Dave will take his saddle and whip with him and people are often amazed at how small the saddle is and also how soft the ‘whip’ is. He gets people really engaged which adds to the experience.”

Inevitably a key element of Dan’s job is maximising the revenue from the venue on days when there are no races: “Every racecourse, or indeed every stadium, has to maximise the use of the venue off-season. We have a great facility for weddings and proms, as well as corporate awaydays. We can use the centre of the course for pony clubs, inflatable fun runs or It’s a Knockout’ events. We also have a motorbike stunt show in August. With the space we have available there is a wide variety of ways in which people use the location. It is a nice setting for a company event with plenty of parking.

“Plumpton is an independent racecourse, and fortunately the owners are keen to invest in the facilities. Last summer we had a signifiant refurbishment of facilities for spectators, owners, trainers and horses. This year we have invested in the marquee where we have levelled the floor, laid a good quality carpet, installed comms and AV facilities, and also opened up better access.

“We are on a path of continued development. We are improving the customer facilities and also advancing the welfare of the horses.

“On the grandstand side, we can cater for up to 4,000 people, and if we also use the centre of the course this increases to 7,000. Our biggest room can hold up to 60, the restaurant has a capacity of 120 - and the marquee can host almost 400, so there are plenty of options.”

The facilities and location are undeniably enviable, but ultimately, Plumpton is all about going racing. On September 22nd Plumpton launches the season with the family raceday, one of the most popular meetings of the season. Alongside a strong line-up of runners, there are a host of activities for all ages - and accompanied children get in for free. If you haven’t visited Plumpton, come along in September and discover exactly why it is so aptly described as a hidden gem.