A celebration for Sussex innovation

READ NEXT
Business as usual? 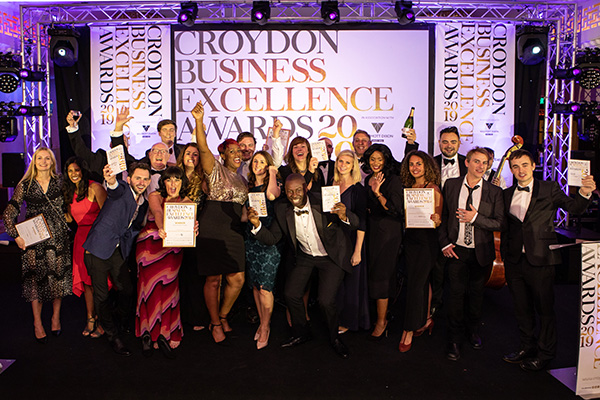 It was a successful night for the Sussex Innovation community at the 2019 Croydon Business Excellence Awards on October 4th, with awards handed out to a member business, one of the support teams, and the Croydon centre as a whole.

The Croydon centre opened its doors four years ago in October 2015 – becoming Sussex Innovation’s first site away from the University of Sussex campus, and marking the point at which the organisation went from a single innovation centre to a wider network of business incubators. The organisation has since become firmly established in the local start-up landscape, connecting two distinct business communities at either end of the ‘Gatwick corridor’ between the coast and the capital.

Judges in the Customer Service award category were impressed by the organisation’s commitment to customer experience, ensuring that all employees were invested in thinking about and responding to members’ needs. Recognising the huge impact of having five minutes to talk significant business decisions through with somebody impartial, the Sussex Innovation support team are briefed to have an ‘always available’ policy when a client comes to them.

“We’ve been involved as supporters and sponsors of the Croydon Business Excellence Awards every year since it started five years ago, and this year we decided it was high time that we apply ourselves,” said Saffron Saunders, Croydon centre manager.

“Customer service felt like the most appropriate award to go for because it’s such a focus for us as an organisation - we are only successful if our clients are successful, and so as a team we really do go the extra mile to make sure that their needs are being met. It’s nice to be recognised for that and share in the celebration with our members, many of whom are in the room tonight!”

Several of those customer successes were showcased among the finalists for Best Business for Digital, Data and Technology, in which coupon marketing promotion engine Uniqodo was commended, and fully automated parking payment system Hozah was the eventual winner. Hozah thanked the wider Croydon community and in particular the local council’s part in helping to roll out their smart technology in car parks across the borough.

But the celebrations still hadn’t finished on the Sussex Innovation table, as Councillor Manju Shahul-Hameed, Croydon Council’s cabinet member for economy and jobs, presented the award for Enterprising Young Person of the Year to team member Eva Poliszczuk. Cllr Shahul-Hammed praised Eva’s commitment to business diversity initiatives, as well as the ambition and drive that has led to her project managing a team of ten young people, just over a year after graduating herself.

“I’m in shock!” said Eva on collecting her award. “It’s been a really inspiring evening - Croydon is a brilliant business community to be part of, because you can feel how passionate everybody is about rolling up their sleeves and getting to work. It’s easy to be ambitious and get involved when you’re surrounded by other people who want to make things happen.”

Sussex Innovation Croydon to host London Growth Hub
Sussex Innovation’s hub at East Croydon station has been announced as one of four sites to host a new free-to-access Growth Hub centre, launching this November. The plan was unveiled in a speech by the Mayor of London at City Hall on October 7th.

The service builds upon the online resources provided by LEAP – London’s local enterprise partnership – by offering in-person help, advice and guidance for small businesses trading in the capital.

An initial focus for advisors will be helping small business leaders to prepare for the impact of Brexit on import and export arrangements, EU staff, and potential changes to contracts and insurance, as part of the Mayor’s ‘London is Open’ campaign.