The digitised world of VAT and the future of compliance

READ NEXT
Divide and conquer: would your business survive divorce? 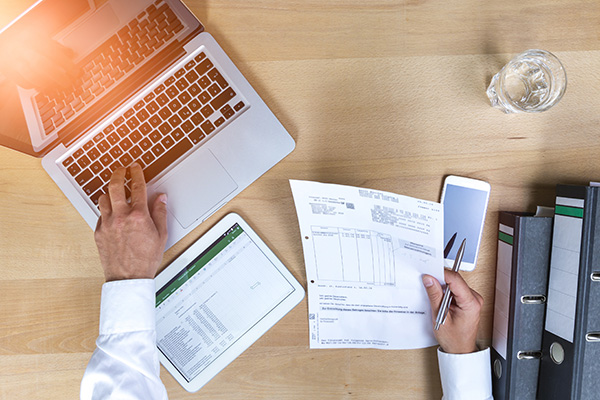 When I started work as a VAT inspector – and it was surely not that long ago – you didn’t see many computerised accounting systems being used. Those that were – only by the largest companies – took up a whole room for the computer, large spools of magnetic tape, and a second room for the vast printouts and paper invoices. Manual accounts were very much the order of the day for small businesses. From an interrogation viewpoint, the VAT office I was in had two computer terminals which accessed certain key, but basic, information.

How the world has changed. Nowadays cloud computing is the norm with the ability to access and upload information from anywhere in the world with just a mobile phone, which has much greater processing power than the mainframe computer systems of the past. Documents are also stored electronically, removing the need for physical storage.  Running the finances of a business and preparing VAT returns has never been easier (if you can remember your passwords).

HMRC, along with other tax authorities across the world, have recognised the changing technology environment and the scope it offers for tax compliance and auditing. VAT is the third largest source of revenue for the UK government yet HMRC estimates that there is a tax gap of around £12bn through errors and fraud. With limited resources revenue is difficult to protect and the gap hard to close.

Currently, the chance of getting a VAT inspection in the normal course of events is fairly remote. Inspections are generally based on risk factors, such as large repayments, obvious mistakes or large variations in figures, which undoubtedly still attracts the attention of HMRC. Even without consistent reporting of figures you may never be visited. But if you do, and you have made genuine mistakes, HMRC can only go back four years. The ability to challenge beyond that is limited to cases of fraudulent transactions, which are costly to pursue and often fail to recover all of the VAT lost; prevention is always a better cure.

Is digital accounting the key?
As any VAT registered business will, or should know, Making Tax Digital (MTD) came into effect in the UK on April 1st 2019 (later for some types of business) and I think it’s just the first step in digitising VAT return submission.

At the moment the MTD requirement essentially just reproduces the current nine box VAT return, except that the data is submitted through a digital platform together with links from source data to the data that is submitted to HMRC. There is, however, currently no look-through from HMRC to the taxpayer’s records; it is just the supply of information.

This is not necessarily the case across the EU where other tax authorities have introduced digital reporting; some examples of electronic requirements in the EU are:

• The Czech Republic has required businesses to submit VAT returns electronically since 2014. Reportedly the tax gap decreased by 3% in the two years to 2016.

• Poland requires companies to submit invoices with VAT charged to the tax authorities via a digital platform – Polish authorities have recouped in excess of £30m VAT and identified a significant number of invoices requiring further investigation.

• Similarly, Spain requires large businesses to report invoices to the tax authorities within four days of issue. Late reporting triggers penalties of 0.5% of the tax (with minimum and maximum amounts).

• Italy requires all invoices to be issued digitally and uploaded to the tax
authority. Invoices not submitted can trigger penalties of up to 180% of the VAT.

Not surprisingly other countries are sitting up and taking note; Mexico, Brazil and China have also introduced digital submission requirements. Revenue authorities are notoriously under-resourced and the ability to protect the revenue with less resource and more success is always a desirable outcome.

Some businesses (in particular smaller ones) have struggled with the introduction of MTD in the UK as their systems are not set up properly; there are quick fixes available such as utilising bridging software enabling digital submission, but this is just a patch. In the long-term systems need to be upgraded to ensure that they are compliant.

How will they cope with real time submission of data, or, in the short term, the need under MTD for a fully digitised system when the current ‘soft landing’ period of a year allowed by HMRC is up?

Although I have said this is some way away at present, if you are looking to change your systems you should keep one eye firmly fixed on the future – will it be digitally compliant?

Colin Laidlaw is a VAT Director at Kreston Reeves. He can be reached by email: colin.laidlaw@krestonreeves.com

65 How your business could benefit from SIEM

Security information and event management (SIEM) technology has been around for well over a decade, and to many businesses it remains...