Car of the Decade: Range Rover

READ NEXT
Can entrepreneurialism be taught in school? 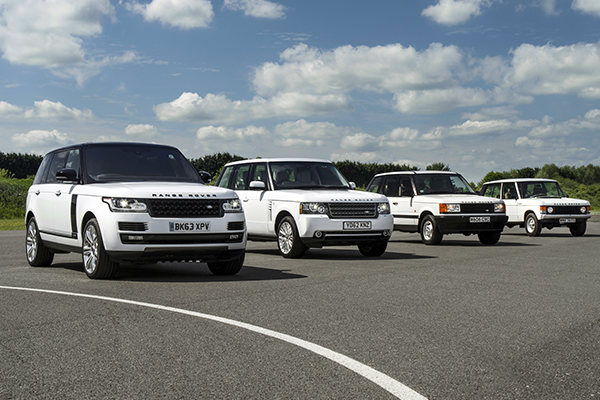 This prestigious trophy offers me a conundrum as with over 85 cars a year tested and reviewed and some crackers in there, how on earth do l select my Car of the Decade.

I decided the benchmark should be the best all-round car that achieves the majority of ticks on my list – luxury, speed, style, space, residual value, and a car that is just as at home in a field as it is driving up to the swankiest black tie event. Now it just got a whole lot easier as there is only one car on the planet that fits all these criteria.

RANGE ROVER
The iconic Range Rover (RR) first saw the light of day in 1967 when designers Gordon Bashford and Spen King set about creating a larger model than the standard Land Rover, with the original moniker being the Road Rover. The first prototype, (reg: SYE 157F) had the classic RR lines but with a different grill and headlight configuration. The design that actually made it into production was finalised in 1969, finally with the Range Rover name.

They hid the name under the guise Velar, derived from the Italian ‘valare’ meaning to veil or to cover. Today of course we have a model called the Velar but more about that later. The RR was finally launched in 1970 at the Musee du Louvre in Paris and was exhibited as an ‘exemplary work of industrial design’. They used a Buick derived Rover engine and, as with all yank cars, with a huge 3.5-litre V8 engine they only managed to get 130bhp out of it!!

I purchased my first RR in 1979 when it was still a tad utilitarian but nevertheless, it was a shock to the system that such a high riding car was stable, comfy and full of style and in those days, the amount of space was remarkable and only found in huge ugly estate cars or vans. It still had vinyl seats, a plastic dash and rubber carpets and was designed to be hosed down after a tough day on the farm. Farmers tended to stick with their truly utilitarian Land Rovers and the RR looked as if it had lost its way – and its market.

The other drawback was that it was only a three door but, ever quick in responding to customer feedback, the five door as we know it today was launched in 1983 and here it found its true market – city dwellers with a place in the country therefore they had for the first time a car that could do it all. This flagship model is now in its fourth generation and has never gone out of style but has just become fatter and heavier as the price has risen therefore they needed to stuff it with every bit of tech kit they could find.

Sport
Although there is only one true Range Rover, called the full fat, there is now a delectable selection of derivations of the original. The RR Sport was launched in 2004 as a shorter, sportier version and it’s great and sells well but they removed one of the iconic features of the full fat – the shooting seat. The rear tailgate opens in two parts and leaves you with a seat for putting on boots, sorting the kids or dogs, picnic or just sitting and watching the polo.

This, in my opinion, was a mistake but what do l know as it sells by the truck load and the SVR version is a total revelation that something this high and heavy can be quite that fast. In the US, the Sport is the biggest seller of all Land Rover products. How about a RR that does 175mph and 60mph in 4.3 seconds! And it sounds like Heidi Klum gargling rocks!

Evoque
Then in 2011, we saw the launch of the Evoque – a more compact car with only vague connections to the original but a very good car indeed as l have tested all of them over the years. A few old dinosaurs call it the ‘Ladies Range Rover’ which l guess is not so far from the truth as it does have a majority of female owners. In 2012, they launched the convertible Evoque at the Geneva Motor Show that looks a little like a Silver Cross pram, proving that not all cars benefit from having their roofs sliced off. A new version has just been launched and it is sleeker, more stylish and will sell by the bucket load. 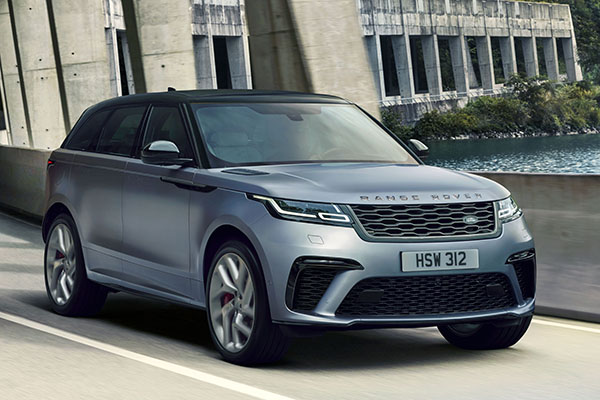 Velar
In 2017, we saw the launch of the Velar, that iconic code name for the very first RR and again, this is a variant on the original designed to capture a new market. I have reviewed all versions and it is a fine-looking car with many of the original attributes. It is very smooth with even the door handles popping in and out at will, to ensure the side visual is uber smooth. It drives like a full fat but is lighter and is based on the Land Rover platform, sharing many components with the F-Pace and XF Jaguar models. In 2018, the Velar was voted the Most Beautiful Car in the World.

Environmental controversy
The Range Rover has attracted its critics of course, with Greenpece storming the production line in Solihull in 2005 with concerns about the environmental impact of such large, luxury vehicles, and one of the original designers, Spen King even blamed RR owners for using their cars in urban areas which was ridiculous as that is how they marketed the car.

The term ‘Chelsea Tractor’ was aimed at the RR as so many school runs were performed with the car but it is unwise to ever criticise the buyers of your cars for using the vehicle in the manner in which they so choose.

It also got hammered in the JD Power index for being costly, over complicated vehicles that are loaded with very expensive parts. They also noted a legacy of faults and problems with overall quality, dependability, sales satisfaction and customer service. According to an American automotive journalist, “Land Rover doesn’t care about JD Power ratings because it doesn’t need to care” since people “still line up for months to pay full sticker.” I have to say that l have many friends with RR variants and l have owned four myself and reviewed every single model in the line-up and l have not heard of one single problem with any of them.

Vogue
I have just spent two weeks with the new Vogue model in France and it performed flawlessly in every respect. It is economical, with the new 3.0-litre Turbocharged V6, giving 275bhp, 60mph in 7.4 seconds and a top speed of 130mph yet returning 31.5mpg which ain’t half bad. We had five people on-board at all times with a load of luggage and camera kit and it was as if l was the only person in the car. The weight made little difference to the drive and it was super comfortable, with every bit of kit you would ever need and it just wafts you to wherever you want to go.

Of course, that includes up mountains and down dales as one of the many unique aspects of the car is its superlative off-road capabilities. It will literally go anywhere and with spec like the All-Terrain Progress Control, Low Traction Launch, Roll Stability Control, Hill Descent Control and Electronic Air Suspension, this will make anyone look like an off-road expert as the car does all the work.

Point and squirt like nothing else out there and we might all recall Top Gear’s Clarkson being the first ever to drive a Discovery to the summit of Ben Tongue, a Highland peak near Inverness. Using all the kit from the RR it just proved, in his usual boorish but highly amusing manner, that it really will go anywhere. Using the various auto modes, just let the car do the job and if it finds itself stuck, it will cycle through the menu and locate another mode to do the job whilst you sip vintage Krug and listen to Radio 4.

The Range Rover in all its forms is a unique car that covers every base and, as mentioned, manages to tick all my boxes.

Speed – select the Sport SVR and it will swivel your eyeballs under acceleration.
Stylish – and then some.
Space – it is huge inside and will house everything you throw at it. Luxury – spec it up and it feels like one of the most luxurious cars on the market.
Residual value – looking at the Glass’s Live Retail data, in its class the RR is only beaten on residual value by the Lexus NX and the Mercedes G-Class with 61.5% of its value retained over three years. And it is better than both of them.

And Jaguar Land Rover (JLR) are not slowing down its development one bit. The 2018 facelift model debuted with a new aluminium monocoque that cost over a billion to develop, making it lighter by half a tonne and now comes with the P400e plug-in hybrid, pairing a 296bhp engine with a 114bhp electric motor claiming 101mpg and 31 miles of all-electric range.

The Platinum Car of the Decade – the truly iconic Range Rover. Frequently imitated, but rarely bettered or even equalled.

64 The rights and wrongs of recording meetings

Employees may have the means to record a disciplinary or grievance meeting, but are they entitled to? ...