READ NEXT
Time to move 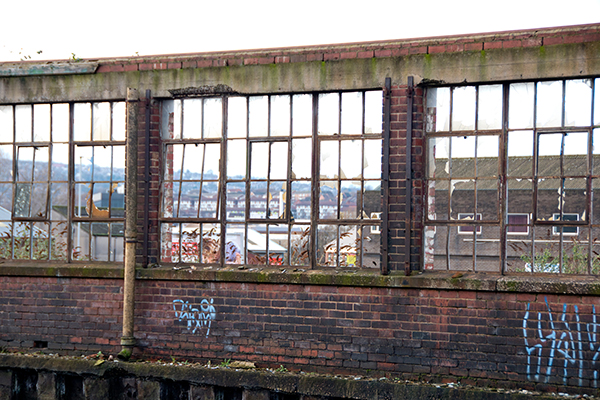 We know that this increase in activity was as a direct result of the pending departure from the EU on March 29th 2019 and was there to cater for the potential disruptions that could arise at our UK ports following a “no deal” Brexit. Indeed, many manufacturing companies experienced a surge in sales activity during this quarter as many customers were accelerating buying decisions for fear of the potential negative effects of a “no deal” Brexit.

Economists have argued that this first quarter euphoria surrounding the sector was papering over the underlying reality of the negative effects that the US/China trade dispute was beginning to have on the worldwide economy. Effects of which only became manifest in the months following March 29th.

Indeed, in subsequent months, first quarter gains were followed by a fundamental slump as manufacturers ran down surpluses previously built up. Significantly, export customer demand markedly decreased as overseas customers sought to access alternative manufacturers in the EU rather than the UK which was due to the increasing fear of non-supply following a “no deal” scenario. Furthermore, domestic demand had also seen similar decreases and it is expected that both these indicators will continue to decline in the remaining months of 2019 and into 2020.

Further worrying trends in this sector are the decline in employment intentions and most perplexing is the fact that investment and technology expenditures have now started to decrease for the first time since the third quarter of 2016.

From an output and order point of view, the automotive industry is a subsector of manufacturing which is experiencing the most pain. Whether this is a direct result of the continuing Brexit uncertainties or a result of the accelerated requirement to change from diesel powered motor vehicles to an electric alternative is a debatable point. This will also be further affected by a decline in the Chinese economy as a result of the ongoing trade war with the US, and the German economy slipping into a technical recession.

The deterioration facing the metals industry with the highly publicised malaise surrounding British Steel and the mechanical engineering subsector have similar negative output figures. The only light at the end of the tunnel is represented in electronics and electrical industries where output has continued to grow on the back of the accelerating digital revolution and automation taking place in this industry.

The most interesting statistic to arise from the digital revolution is the fact that larger companies are seeking to embrace and invest in digital technology whilst seeking to reduce their dependency on actual employees where there are fewer skilled employees due to the continuing return of EU citizens back to their home countries.

SME manufacturers, however, are not embracing the digital revolution and are still seeking to invest in employment rather than technology. Understandably, in the SME sector, employee hires can be reversed especially when recruits are either part time, zero hours contracts or contractors. However, this decision has driven up the cost of employment in an already pinched market and in no way allays the continuing decline in the UK productivity.

The UK manufacturing sector cannot continue to “mark time” amidst a climate of continuing uncertainty. As we are aware the South East could be in the front line of disruption following a no deal Brexit. Despite this, many business leaders remain confident and their companies continue to trade profitably - notwithstanding many of the issues mentioned above. However, there is an urgent need for small and medium sized enterprises in particular to climb on the band wagon of embracing technological and digital advancements. This will dramatically transform their competitive edge via increased efficiencies, margins and productivity.

The UK remains the centre of new product innovation and development. Corporate taxes in the UK are one of the lowest within the G7 and UK financial infrastructure makes it an attractive place for overseas business to incorporate and trade. There is universal recognition that business and the economy need certainty in order to plan and the continuing uncertainty surrounding Brexit needs urgent and decisive resolution.

Should you wish to discuss your manufacturing business or your Brexit planning, please do not hesitate to contact Rodney Sutton, Partner and Head of Manufacturing at Kreston Reeves, accountants, business and financial advisers. He can be reached by email rodney.sutton@krestonreeves.com or by telephone on +44 (0)330 124 1399.