Can the UK labour market meet the demand after Brexit? 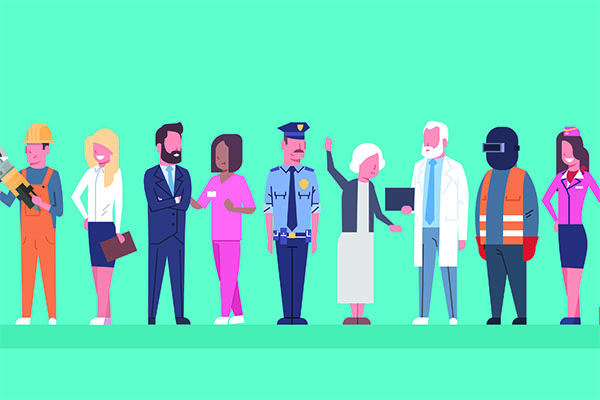 Our recruitment business, Peopleforce, finds talent for companies across the aviation, medical device, pharmaceutical and engineering sectors, meaning that we are uniquely placed to see the realities of the UK labour market. Over the three years since the Brexit vote we’ve seen some significant shifts – all of which have occurred while we’re still officially an EU member.

Firstly, we saw a drop in the availability of EU workers immediately after the referendum, which has barely recovered since 2016. Our European candidates based in member states are telling us that they no longer feel welcome here, while we’ve also seen a rise in the number of EU candidates returning to their home countries from the UK. Many tell us anecdotally that they lack certainty, and shockingly, a large number we’ve spoken to have no understanding of the EU settlement scheme.

It’s worrying, as a recent Open University report found that 91% of businesses were struggling to find skilled workers, even with the UK still a member of the EU. If finding talent is tough with a talent pool of around 230 million people, we dread to think how many more businesses will be struggling when the open borders are finally closed.

More positively, one trend we have seen is an increase in non-EU applicants - from the commonwealth countries and beyond. However, it’s debatable whether this labour will really be able to fill the void, especially given the current visa restrictions. Unless things change, we can foresee many businesses struggling with the complexities of visa sponsorship, and recruiters being forced to put extra focus on compliance issues, such as a candidate’s right-to-work.

As things stand, it feels like the government’s approach to immigration is perhaps more political than evidence based. What they’re struggling to grasp is that international labour – both skilled AND unskilled – is vital to our economy, and while it won’t necessarily please all their voters, a more fluid immigration policy is crucial to the UK economy.

Based on what we’ve seen, there hasn’t been enough engagement with whole business community on the complex topic of the labour market. With that in mind, a good start would be for the government to further their dialogue with SMEs as well as trade bodies such as the FSB, in order to review and develop immigration and skills policies based on the needs of all British businesses, not just big multinationals.

The UK also needs to put much more focus on career education in schools, colleges and universities, so that students know what opportunities are available in the wider economy. Primarily, we need to put much more emphasis on STEM subjects, as it’s these industries that are facing a skills shortage that will damage their competitiveness.

Ultimately, a lack of competitiveness is the biggest risk if we don’t tackle our labour shortage. Our European counterparts are already taking talent that used to come to the UK, and right now we’re not doing anything near enough to address the widening skills gap. Sure, we’re ‘getting Brexit done’ – but at what cost to the UK economy?

Speak with Peopleforce to find out how your business is positioned post-Brexit.