READ NEXT
How the delivery industry is evolving 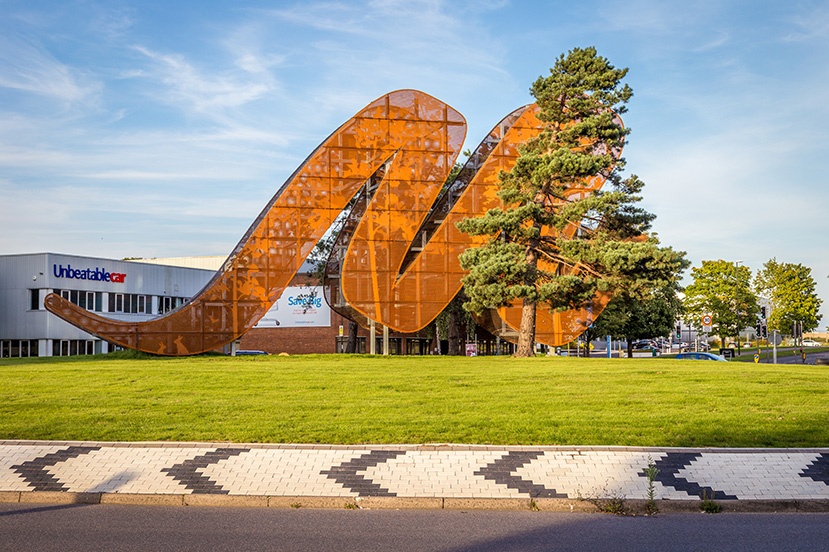 Most people already know that Manor Royal is the Gatwick Diamond’s largest business park. It is also incredibly diverse and this year marks 70 years since it was officially named by the young Princess Elizabeth (now Queen Elizabeth II). In this article we speak to Steve Sawyer, Executive Director of the Manor Royal BID, to find out about the area’s latest developments.

How has Manor Royal changed?

It’s bigger and there are more businesses here, there are also many different kinds of businesses too. Initially Manor Royal was mostly about light engineering and traditional manufacturing and it is still a place where things are made, but now you will also find logistics, professional services and office based work, retail, car servicing and sales. It truly is a rich mix with everything from people making fresh pies to training the world’s pilots, to the design and manufacture of lifesaving machines.

Any new investments you can tell us about?

Over the past year or so we have seen Amazon take up a 37,000 sq ft unit at Spaces Gatwick and Oak Furnitureland have moved into the hugely popular County Oak Retail Park. Last month an exciting pilot training venture between Avion and IAGO launched as well as a new multi-million pound investment made by CAE to turn Diamond Point into a pilot training centre with 13 full flight simulators with seven dedicated to training Easyjet pilots.

We were also pleased to see Gatwick 33 completed - a new 33,000 sq ft industrial scheme - and planning consent granted for a new unit at Jersey Farm.

Equally satisfying is to see a host of local companies set down roots, including Creative Pod who took up new offices in Amberley Court, Rapidcare who are moving into Lloyds Court, and Bruno’s Dinner, a specialist dog food business who have opened at Bank Precinct.

What’s the latest on growth and development at Manor Royal?

There is a lot planned to support the continued success and evolution of Manor Royal. In particular through the Crawley Growth Programme – a £60m town-wide investment by various partners including the Coast to Capital Local Enterprise Partnership (LEP), West Sussex County Council and Crawley Borough Council and, of course, the Manor Royal BID itself.

Detailed plans are being worked up and we hope to see work start on site in the next year or so. We were also delighted that the LEP allocated a further £820,000 for an extended bus lane along Manor Royal to improve the reliability of services into, around, and through the business district, complementing the impressive investments already being made by Metrobus - the new Route 11 connecting Maidenbower and Three Bridges to the centre of Manor Royal in peak times being one example.

What has the Manor Royal BID been up to?

Since the businesses voted to keep the Manor Royal BID going for another five years until 2023, we’ve been busy delivering on that promise. The improvements to Gateway 1 (Manor Royal’s busiest entry point) have been completed and we’ve established two new bespoke services (one with Biffa to support improved waste and recycling and the other, the first of its kind in the country to support businesses through free access to the Natwest MentorLIVE service for every Manor Royal company), all in addition to those services we already deliver such as free events, free jobs board, free easit travel discounts, heavily discounted training and free membership of business watch.

We were pleased to have gained support from the Arts Council of England who part-funded a project to capture the history and stories of the businesses and people of Manor Royal, past and present. We will be using this information to inspire the creation of a network of micro-park areas to form a connected trail alongside investment to provide improved super hub bus stops at key locations (manorroyal.org/mystory).

Last April we also finished the instalment of four double-sided digital advertising screens, managed by local firm Avensys on behalf of the BID, to provide new opportunities for companies to promote themselves to over 24 million vehicles that move about Manor Royal every year.

Manor Royal Business District continues to be a very lively and ever changing business location at the heart of the Gatwick Diamond, with a well-connected business community who are ambitious about working in partnership to ensure the place continues to thrive.