READ NEXT
All Hands on Deck 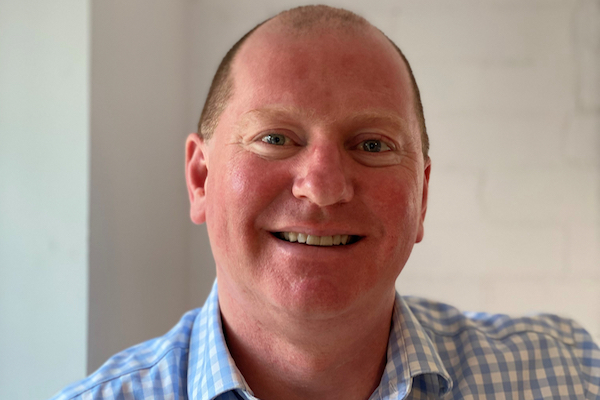 An entrepreneur linked to some of Brighton and Hove’s best-known home-grown food and drink brands has been confirmed as the second ever CEO of Sus- sex Innovation.

Nigel Lambe has been acting as interim CEO of the University of Sus- sex-owned business incubation network since May 2019 but has now been confirmed into the post permanently following a national recruitment process.

Mr Lambe was chairman, and later CEO, of Hove-based Small Batch Coffee Roasters and was also a Co-founder of Brighton Gin producers the Brighton Spirit Company.

He follows in the footsteps of Mike Herd who left Sussex Innovation last year after 22 years as the organisation’s founding Executive Director. Mr Lambe said: “I’m tremendously proud and delighted to accept the permanent position as Chief Executive.

"Over the past year as interim CEO I have been excited to work with so many groundbreaking businesses, get to know the awesome team of 34 who support our entrepreneurs, and collaborate with the University of Sussex on our shared vision for the future. With the business environment facing so many tough challenges at the moment, I’m looking forward to the challenge of leading Sussex Innovation and its members through the crisis, and expanding on our role at the heart of the regional innovation ecosystem.”

Professor Stephen Shute, Pro-Vice-Chancellor for Planning and Resources, said: “Nigel has an incredible background in entrepreneurship and advising businesses on their ambitious growth plans. His business experience will be invaluable to the start-ups and scale-ups that Sussex Innovation is working with now and in the future.

“Filling Mike Herd’s shoes was always going to be a very difficult task but Ni- gel has shown in his year as interim in CEO that he has the skills and drive needed to take Sussex Innovation forward.”

The 50-year-old who is a graduate of University College Dublin and the UCD Smurfit Graduate Business School joined Sussex Innovation as a Non-Executive Director in May 2015.

As well as Brighton Gin and Small Batch, Mr Lambe Co-founded, launched and then sold The Urchin Shellfish & Craft Beer Bar in Hove and developed the N+1 cycle hub by Bright- on Railway Station.

Prior to his time as a company founder and entrepreneur, Mr Lambe enjoyed a 20-year corporate career running large divisions of blue chip multi-national enterprises such as PepsiCo, Capita, Smurfit Packaging and Grampian Foods.

A native of Dublin, Nigel has lived in Hove for almost 20 years and has three teenage children.