READ NEXT
Spot the Elephant 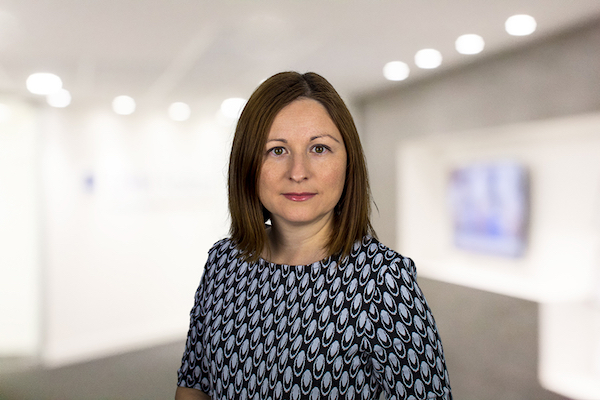 In a world which has experienced unprecedented change as a result of COVID-19 and is now beginning to pick itself up one step at a time, it is natural to feel shaken and uncertain about the future. However, people are resilient and so is business, especially family businesses, because they are built around people and those people tend to be instrumental to its success.

One matter remains certain, however, and it is the unpopular matter of death duty, aka Inheritance Tax.

No doubt, Roy Jenkins, former Chancellor of the Exchequer, would have been disappointed to note that his distinguished political career was being marred by a single quote, yet there it is again and it never gets old “Inheritance Tax is a voluntary levy paid by those who distrust their heirs more than they dislike the Inland Revenue”.

The current successor to the role paints a more trusting picture, but be in no doubt tax revenues are falling, unemployment is rising and even with an optimistic financial outlook, the gaping hole in the government coffers would need to be filled in with something else. While Inheritance Tax has never been the crowning jewel in the Treasury’s books, it is not to be scoffed at with OBR (Office for Budget Responsibility) predicting the tax revenue to rise to £5.3 billion in 2019-20.

Add to this a report put together in January 2020 by the All-Party Parliamentary Group on suggested Reform of Inheritance Tax and any weathered tax practitioner would shortlist this to be a clear potential candidate for a tax change alongside business property and agricultural property reliefs.

Business Property Relief
Business property relief, which was extended in 1992 by John Major to 100%, was supposed to encourage business owners to transfer businesses to their families but instead it resulted in the owners retaining control and continuing to own their businesses until their death because they passed to the heirs free of tax anyway.

Currently, unlisted trading companies, partnerships and unincorporated businesses qualify for 100% relief providing the owner acquired and held those assets for at least 2 years before death or gift; and 50% relief is given to assets and land used in the business by the owner. Investment companies do not qualify although some may qualify in a trading group of companies providing the group has been structured with the right focus on maximising the relief.

Agricultural Property Relief
Agricultural property relief is less straight forward, but largely applies to farmland and farmhouses on their agricultural value. The relief again is given at either 50% or 100% and a minimum period of ownership of 2 years is also required. While hopes of property development are desirable in normal circumstances, they are not so advantageous when it comes to valuing an agricultural asset for Inheritance Tax purposes. Any potential housing development value could outstrip the modest agricultural value by a large margin making the relief insignificant by comparison.

With the recent cut in the Entrepreneurs relief for Capital Gains Tax, business property relief and agricultural property relief are likely to be on the Chancellor’s radar for a review and a possible trim, if not an abolition.

Succession Planning
It is a fairly well-known fact that plans of succession are not top of the agenda for a lot of private businesses. Yet now, more than ever, they ought to be as taxation rises may affect those business in a way that they do not anticipate.

Succession planning for you and your business does not mean you surrender control. Controls can be imposed through the use of trusts and corporate structures designed to allow the business to continue its day to day operations and without introducing too many new faces to the management structure.

Passing on a portion of your business now means that a valuable relief can be claimed with significant tax advantages which will not only benefit your heirs but also, your business, because in the event of a change to taxation rules, it could be placed in jeopardy following your death to meet the tax liability.

For those who are considering selling the business in their lifetime, getting advice on Inheritance Tax and the timing of it cannot be under-estimated.

Most business owners are rightly be- ing advised on Entrepreneurs Relief for Capital Gains Tax, but reviewing your Inheritance Tax as part of that planning should not be overlooked especially if gifts to family members are also contemplated from the sale proceeds.

Most gifts will remain on a tax clock for seven years as they are classed as PETs (Potentially Exempt Transfers) so if a donor of the gift dies during the seven year period, the gift becomes chargeable and is assessed for Inheritance Tax purposes. With the right planning, gifts into trusts can make use not only of the business property relief but also of the Entrepreneurs Relief on the eventual sale of the business, so timing of the tax advice is key.

On the subject of timing, let me leave you with a case of Swain Mason v Mills & Reeve which serves as a reminder to those who do not take heed of the Inheritance Tax advice. In 2007 Mr Swain completed a sale of his business to the management team. He was advised on Entrepreneurs relief and following completion of the MBO, attended a hospital 2 weeks later for a routine operation. He died on the operating table and his daughters brought in a claim against the lawyers who advised on the sale on the basis that had Mr Swain delayed the sale until after his operation, his estate would have been entitled to claim business property relief at 100% against Inheritance Tax. The daughters were unsuccessful in the claim because the lawyers proved that they were not instructed to advise on Inheritance Tax under their retainer.