The power of the people

READ NEXT
Looking ahead: The future of tax 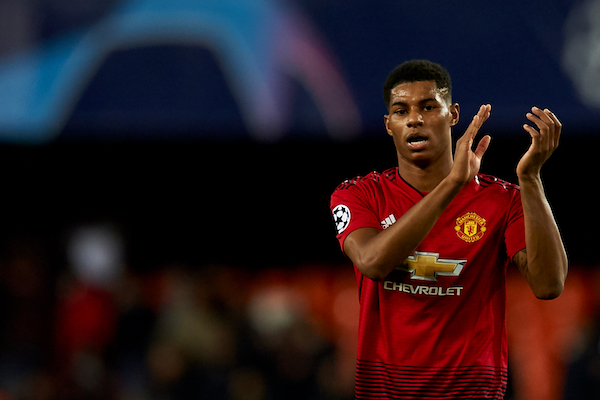 It was not long ago that it would have taken a titanic battle, months of high level networking and a contact book from heaven to change government policy. Times have changed and now all it takes is a social media campaign, fronted by a popular figure and hey presto, policy is changed.

It was on March 19th that Marcus Rashford first went on social media to highlight his fears about the impact that shutting schools would have on disadvantaged children.

He may be a high-profile Premier League footballer now, but it is only 11 years since the Manchester United and England striker needed breakfast clubs and free school meals to supplement what his mum could provide. She was the head of a single-parent family of five children, working full- time on the minimum wage.

When Boris Johnson stood before the nation on the evening of March 18th to tell the country schools had to help combat the spread of Covid-19, Rashford immediately knew what that would mean. While most parents wondered how they were going to manage childcare, Rashford wondered how kids growing up as he had would get fed.

"Guys, across the UK there are over 32,000 schools. Tomorrow all of these will close. Many of the children attend- ing these schools rely on free meals, so I've spent the last few days talking to organisations to understand how this deficit is going to be filled," he wrote.

The start of the six-post thread received 42,500 likes on Twitter. Just under 13 weeks later, Rashford posted again. A rather simpler message.

In between, Rashford had helped supply the equivalent of three million meals. He had highlighted the damage caused by the 'invisible issue of food insecurity'. He had received messages of support from Liverpool and Manchester City. He had changed government policy.

Rashford articulated his back story in the emotive letter he sent to MPs on Monday.

"As a family, we relied on breakfast clubs, free school meals, and the kind actions of neighbours and coaches," he wrote. "Food banks and soup kitchens were not alien to us; I recall very clearly our visits to Northern Moor to collect our Christmas dinners every year. It's only now that I really understand the enormous sacrifice my mum made in sending me away to live in digs aged 11, a decision no mother would ever make lightly.”

For one of the most recognisable sport stars in the country, this was a brave move. It opened the door on a life Rashford could, if he wished, now leave far behind as he is currently paid £200,000 per week. He is not far into his career but he has already earned enough to ensure none of his family need worry about their next meal ever again. Yet that memory in itself does not tell the whole story.

It is informative to hear of the time Rashford spent, already then a highly-rated academy hopeful, kicking a ball about with his friends at public coaching sessions set up close to his home by the Manchester United Foundation.

By that time, his promise as a footballer was already evident. If his coaches in the United youth set-up had known of these impromptu sessions, they would almost certainly have been stopped, in just the same way as then manager Louis van Gaal would have recoiled had he known Rashford went for a kick-about with mates at a Power League complex within hours of making his United first-team debut in 2016.

"There is an argument that these experiences humanised him more than would have been the case if he had just gone through the system," says a club source, who has watched Rash- ford's development from an early age. "He has a strong family, who are very down to earth. His mother is a great role model. It is part of what keeps him grounded.”

Rashford's willingness to help out with the wider community has been obvious for some time. When volunteers were asked to attend Foundation events, Rashford was amongst those who regularly responded. It was soon obvious he was able to communicate with youngsters and make them feel at ease.

"Probably because of his background, there was an empathy and a rapport which the kids really responded to. Kids loved being in his company and Marcus seemed happy to be there. He still does," says the United source.

This interaction should not be dismissed as insignificant.

For as Rashford's career was progressing rather faster than many imagined, from England's Under-16 team in November 2012 to selection for Roy Hodgson's Euro 2016 squad three- and-a-half years later, he never lost touch with his roots. "After he made his debut, we asked if he would come back to the school," says Simon Pyne, a year three teacher at Rashford's old school, Button Lane Primary in Northern Moor.

"We were having a school disco one night. I was in the office talking to one of the administration staff when a group of lads appeared at one of the doors and buzzed to see if they could come in because they were all

former pupils. We didn't recognise any of them at first but Marcus was there. "He walked into the disco and all the kids were there. He was brilliant. He chatted to them, did a quick question and answer session with them and had photographs taken. He was absolutely amazing.”

Rashford has donated to the school. On another Christmas visit, he handed over £1,000 so the school could provide the children with a selection box each to take home. His ties to the area are so deep he has a tattoo of the house he lived in at that time on his stomach.

But it was an unrelated, unfortunate event last August that focused Rashford's mind on what more he could do.

Rashford missed a penalty in a home defeat by Crystal Palace. The fall-out included a number of racist posts aimed at him on social media. Days earlier, his United team-mate, Paul Pogba had been similarly abused. Those close to Rashford said he had already started to become more inquisitive about how the public perceived him. After the Palace experience, he thought 'this isn't OK' and started to take more control.

As a child at school Rashford had helped fill gift boxes to give to those in need. He remembered this. At Christ-mas 2018, he personally delivered items including thermal underwear, gloves, toothbrushes and toothpaste to homeless people in Manchester. Twelve months on he partnered with Selfridges for a similar campaign.

The gesture was well received. But for Rashford, it was not enough.

In January, he suffered a back injury against Wolves. It was feared it might end his season. Rashford and the people who work closely with him began to investigate suitable partners to help deal more comprehensively with the social issues affecting his home city. The work was still in its infancy when it became obvious what a devastating toll Covid-19 was going to take. By the time the prime minister announced schools would shut, Rashford had told FareShare he wanted to make a donation and that he wanted to help.

A nationwide charity, FareShare collects surplus goods from the food industry. It might be from manufacturers or from farmers. It might be because orders have been cancelled, or mistakes in packaging have been made. Through their partners, Fare Share then divert the food to charities, including lunch clubs for the elderly or the kinds of breakfast club Rashford used to attend.

"Those sorts of organisations are about 25% of the 11,000 organisations FareShare supports across the UK," says the charity's commercial director Alyson Walsh.

"These are children who have potentially not eaten since the previous day's free school meal, so getting breakfast to them is massive. Marcus knew about this because he had been to them.” Rashford's elevation to national hero had begun.

In his interview with the BBC after Johnson's staggering U-turn, Rashford boldly declared: "I don't want this to be the end of it because there are more steps that need to be taken. People are struggling all year round, so we need to learn more about the situation they are in and how we can help them best.”

Manchester United manager, Ole Gunnar Solskjaer said on Thursday that Rashford's impact has been "more important than any game of football". But the reality is Rashford does play football for a living.

He does have a long-term desire to one day establish his own foundation, so he can be hands on in developing projects that would benefit the community, but for now, football must take priority again. And until the end of the European Championships in July 2021, Rashford is going to be quite busy. So, for him, it is a question of identifying the projects and situations where he can help.

On June 1st, that meant a powerful social media statement in support of the Black Lives Matter movement. Three days later it meant standing up for an autistic black boy shown in a video being bullied by two white youths in a park.

Since suffering racism himself, Rash- ford does not see why he should step away from subjects he cares about. As the past few days show, far more will embrace him for it than reject him.

And, if they do, he reasons he doesn't want that kind of person attaching themselves to him anyway.

Those at FareShare believe Rashford taking a stand can help drive lasting change, beyond what has already been achieved.

"Food insecurity is an invisible issue," says Walsh. "People talk about raising money for illnesses they have been affected by. There is not so much conversation around 'I am raising money for a Foodbank because my sister skipped lunch three times last week'.

"People don't talk about it because it can be a reflection on their circumstances. But the fact Marcus is doing so, not only shines a light on it, it also adds credibility because he has benefited from these clubs and seen how they work.”

Times are certainly changing and, in this instance, for the better.