The End of Free Movement Is Coming 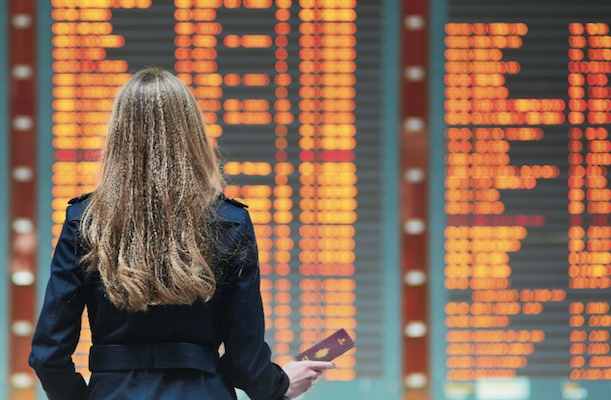 On July 12th 2020 the Home Office published a 130 page “Further Details” document on the UK’s post-Brexit points-based immigration system. It was a release hotly anticipated by stakeholders, not least because of the amount of detail that remained to be seen. Here’s a summary of the draft proposals, most if not all of which are likely to translate into final outcomes.

1. THE SYSTEM OF SPONSORSHIP WILL REMAIN LARGELY THE SAME AS THE CURRENT ONE

The promise of a more streamlined and user-friendly system to the present one for non-European nationals seems a long way off. Employers new to visa sponsorship will therefore need to get to grips with an online interface that is unlikely to feel intuitive or familiar at first, and those accustomed to sponsorship won’t see the improvements we were hoping for. Not yet, anyway.

Any employers already licensed to sponsor Tier 2 (General) and/or Tier 2 (Intra-Company Transfer) visas under the current system will be automatically granted sponsor licences for the new/re-branded visas. However, licenses will still expire four years from the date on which the existing licence was granted, unless they are renewed before then.

3. PAY REMAINS FUNDAMENTAL
The minimum skill level for sponsored work visas will be dropping (from graduate, to A-level or equivalent for the Skilled Worker route). Unchanged though will be the requirement for a sponsor to demonstrate that a worker will be paid at or above a minimum level. This will be the higher of the applicable “going rate” for the job, and the visa’s own “general threshold”. In the vast majority of cases the latter will be £25,600, and things get complicated when you start to delve into trading points, and other eligibility criteria, that allow for a salary of less than the two applicable standard minimums (more on that immediately below).

4. PAY GETS COMPLICATED
Unfortunately, given its overall importance, identifying whether the salary you will pay for a job will be sufficient for a particular visa could get very complicated indeed under the reformed system.

For a Skilled Worker visa, the minimum will never drop below £20,480. This is the floor below which the Home Office will not grant the visa. And £20,480 will be far from the norm. For someone to qualify for a Skilled Worker visa for a job paying between £20,480 and the usual £25,600 minimum, they will need to demonstrate some pretty specific attributes.

New entrants
One route is by demonstrating that they are a ‘new entrant’. This is another expression that employers new to sponsorship will need to familiarise themselves with. It’s not a new concept, but there is an important new requirement to show that the foreign national will be working towards a ‘recognised profession’ in the role they are to fill.

PHDs
Holding a PHD in a subject relevant to the job is another way. The devil is in the detail here though, as it is the employer/ sponsor that has to assess the relevance of a given PHD to a job, and they must be ready to have this scrutinised by the Home Office later.

Shortage Occupations
Another familiar concept under the current system, but one which becomes increasingly important when free movement ends on December 31st 2021. In essence, the job to be sponsored will either be on the (likely short) list, or it won’t.

Listed health and educations jobs
This is a new concept, which will involve demonstrating that the job to be filled is on the specific list. If it is, this triggers a requirement to pay at least the relevant national pay scale rate for the job, to meet the ‘going rate’ requirement.

Percentages headache
This is where it gets tricky. In addition to the fact that the points scores (with which to top up a deficiency in the score for salary) differ across the above criteria of points, the actual pay (being expressed as a percentage of the standard pay minimum) can differ as well across the two pay measures (‘going rate’ and ‘general threshold’). You have to satisfy both measures.

5 WHO WILL BENEFIT FROM THE “HEALTH AND CARE” SKILLED WORKER VISA?
This newly announced subset of the Skilled Worker visa route promises fast- track processing, reduced fees, and dedicated support, for workers in eligible roles in the health and social care sector. However, we don’t yet have clear details as to who will qualify for it from 2021 onwards. One thing we do know is that, at present, it seems unlikely to apply to key roles in the social care sector.

6 UNDER WHAT IMMIGRATION RULES WILL VISA APPLICATIONS NEED TO BE MADE?
Employers do now have a clear basis on which to start planning and preparing for the changes coming in 2021, and with only a few months left they should be acting now. Yet, there is a whole raft of information and rules that we do not yet have, and which are critical, in order for the system to function correctly. It is possible the rules will essentially (and initially at least) replicate those applicable to work visas under our current sponsored visa system, but this remains to be seen, and time is of the essence.