READ NEXT
Share schemes: A knockout blow in the talent bout? 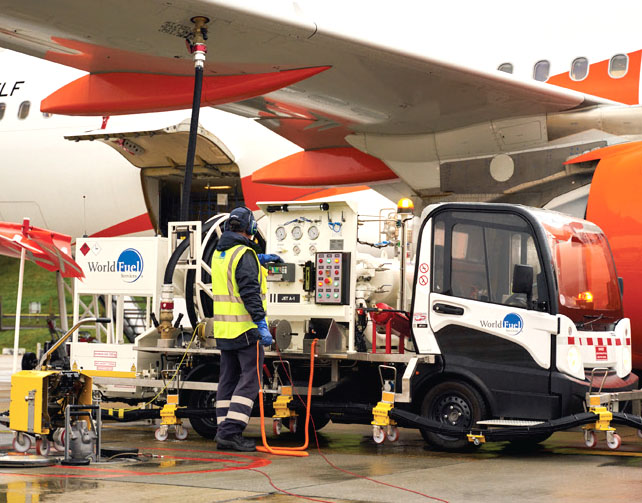 How does Gatwick and the UK aviation sector plan to support UK climate change targets?

Sustainability is one of the most important issues facing society, not just aviation.

As consumers are doing across other sectors, an increasing number of passengers will look closely to see what the aviation industry is doing so it is vital the sector can demonstrate clear action in this area.

Gatwick has made good progress and achieved a 50% reduction of direct emissions from the airport by 2018. It is now aiming to achieve an 80% reduction by 2030 and ‘net zero’ before 2040, similar to other major UK airports.

Achieving net zero carbon emissions from aircraft will be a more difficult challenge, however.  There is no single silver bullet.  A broad range of measures must be deployed and phased in over time as part of a long-term strategy that the entire UK industry has embraced.

Roadmap to Net Zero
It reflects how important the UK sector takes this issue that together it was the first national aviation industry anywhere in the world to give a 2050 commitment to reach net zero for aircraft carbon emissions.

Sustainable Aviation (SA) is a UK industry coalition including airlines, airports – including Gatwick – and aerospace manufacturers. Its Net Zero roadmap targets at least an overall 15% reduction in net emissions (relative to 2019 levels) by 2030, and a 40% net reduction by 2040.

The pace of decarbonisation will also ramp up as game-changing sustainable aviation fuels (SAF), permanent carbon removals, and new low and zero-carbon technologies – such as electric and hydrogen-powered aircraft – are scaled up and become mainstream.

Low and Zero carbon technologies
In the medium term, new electric, hybrid, and hydrogen engine technologies have great potential to deliver zero emissions – as we have seen with the recent evolution of road vehicles.

Developed from sustainable feedstocks like waste oils, fats, and even solid waste like everyday household rubbish, they are ready to go – provided there is sufficient Government backing.

In October, Gatwick welcomed a milestone moment as the first easyJet flight powered by SAF took off. The flight to Glasgow, on October 19th, marked the first time any airline at Gatwick has used SAF on a departing flight, while the 30% Neste MY Sustainable Aviation Fuel™ blend was also the first usage by any easyJet service from the UK.

A major project to modernise is already underway and could be complete by the mid-2030s.

International cooperation
Aviation however is a global industry and requires global solutions to avoid simply moving emissions from one country to another.

Global agreement will be key as effective market-based carbon pricing, offsets and removal mechanisms must also be developed which – alongside new carbon removal and storage technologies - can reduce the remaining residual emissions to net zero.

Achieving Net Zero by 2050 is within the aviation industry’s reach, but it will require significant support from Government, major investment in new technology and cooperation and urgency at an international level.

Maarten Hoffmann looks at the life of Colin Powell –former US Secretary of State, diplomat, statesman and four-star general –...

91 Treading the line between success and failure

Students should fail occasionally and succeed often. One of the great challenges of building a productive and inspiring classroom environment...

91 Tigers on the hunt in Brighton

The Sussex Business Show, part of Network Xpress, is not a standardised B2B Trade-show events company. Its founder, Sonny Cutting,...