We have helped to create 4,300 technology jobs in Guildford 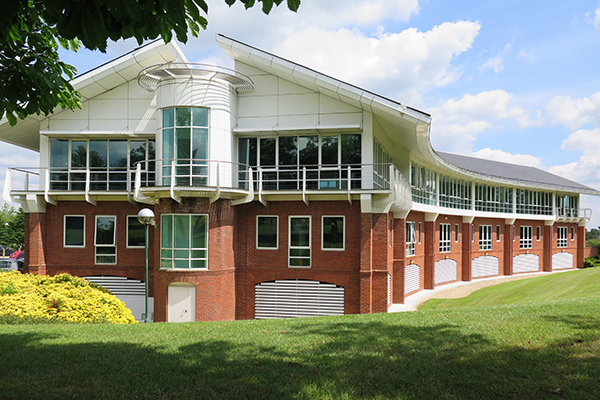 For anyone who is unfamiliar with Surrey Research Park, how would you describe it?

In today’s world, scientific work and entrepreneurship are entirely different, despite being complementary. However, it is entrepreneurship which gives science its modern economic significance today, and not the other way around.

To respond to this idea, the Surrey Research Park has developed to be a 28.5-hectare part of the University of Surrey campus over the last 35 years, providing space to commercialise science, which includes technology, engineering and social sciences.

The accommodation and services available to the 170 companies on site are designed to match their varying states of development. The companies range from start-ups, that can rent a desk in a co-working environment with business education and business development support (lots of desks are taken by entrepreneurs starting companies to gain access to advice from business mentors and advisors), to single companies, that can benefit from our independent space multi-occupancy centre and 30 day contracts, to larger organisations that grow to reach numbers of up to 1,000 staff and have their own buildings on the Park.

The crucial features are that the Park shares the risks of development and helps companies gain access to the skills and services needed to get established and grow. Additionally, we don’t insist on long contracts tying start-up businesses down. Growing companies can take on new space easily without excessive costs or upheaval. 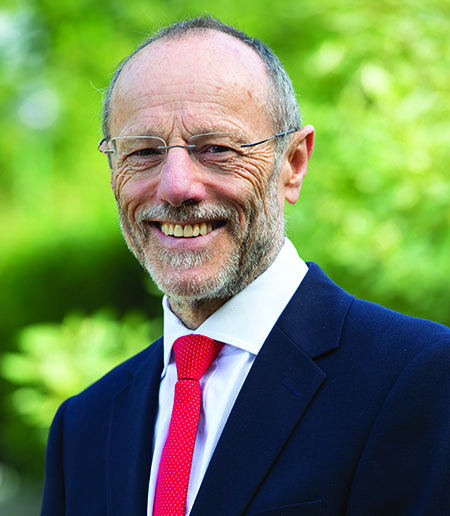 You left an academic post in 1981 to set up the Surrey Research Park. Did you ever imagine you would be still here in 2019? What is it about the Park that keeps you engaged and excited?

Any experiment starts with an idea that needs to be tested. The idea I had was to create small units that would offer space on short term contracts to science-based companies. The companies were taking advantage of personal computers that came out of the IT revolution in 1974, and we planned to create an environment for start-ups that would free up entrepreneurs from needing access to huge capital investments to get up and running.

This proved to be a good idea and today the Surrey Research Park remains very much a place where companies can take space to innovate, evolve and grow. A number of our tenant companies started life as research ideas in labs at the University of Surrey and in the wider business community of Surrey. They then moved to the Park where they have grown up and in some cases, now employ over 1,000 people.

It is very rewarding to see that the ideas on which the Park was founded have grown to be so important over the last 30 years in founding and helping science-based businesses thrive and grow. The ideas have also sparked a science park revolution internationally as countries face the challenge of supporting their economic development.

Did you ever imagine it would become as influential and as big as it has?

We knew it had the potential, but it’s incredible to see that the Park has supported over 500 companies in its time and these businesses now generate over £1 billion of economic activity for the local economy each year. We have helped to create 4,300 technology jobs in Guildford.

What was the original remit - and has this changed over the years?

The five stated objectives of the Park have remained the same since the 80s:

• To assist with economic development of the national, regional and local economy

• To create independent income for the University through the buildings it has established on the Park.

Of course the economic climate and technological advances have changed considerably over the years, but these five objectives remain our focus and have supported over 500 companies over the many years. Some of these companies have floated and some been acquired by companies such as Microsoft, Airbus, BAE systems, Danaher and Eurofins, while others have remained independent but have a huge impact on their industries.

Are there any sectors where the Park and its tenants are world-leading?

The Park and the University of Surrey have a world-leading reputation for the development of space-related technologies, such as building satellites through its spin out SSTL, and by supporting the computer games companies that have made Guildford a centre for computer games creation. Games development here at the Park now has an international reputation as a place where there is a thriving computer games cluster.

Nothing stays still for long: there is always a new group of companies working across technology specialisms that are recognised internationally for their pioneering products and services. This includes companies within heath tech, virtual and augmented reality, 5G and environmental technologies.

It must be hard to choose - but are there any success stories on the Park of which you are particularly proud?

Surrey Satellite Technology Ltd (SSTL) was set up by Professor Sir Martin Sweeting who developed a small satellite while completing a PhD at the University of Surrey. After capturing the attention of government and gaining demand for the satellites, Sir Martin spun out of the University onto the Park to form the business, which has been here since the early days of the Surrey Research Park. The company is an internationally recognised pioneering company and in 2009, international aerospace corporation Airbus bought the majority shareholding of the company.

Another big success story for us is that of computer games development guru, Peter Molyneux. Arriving on the Park in the early 1990s, Peter worked with his business partner Les Edgar to write computer games and established Bullfrog. After selling Bullfrog to Electronic Arts (EA – now based in the centre of Guildford), Peter returned to the Surrey Research Park to develop Lionhead Studios, which they subsequently sold to Microsoft after growing the studios. Peter then established 22 Cans. It’s safe to say that we are hugely proud to have been able to support, in our own way, some of the most successful gaming entrepreneurs who have benefitted from the model we have here at the Park for company growth. We continue to do this through the University’s Centre for Vision, Speech and Signal Processing and the Park’s commercially operated games sector co-working space Rocketdesk.

You have seen countless businesses grow – what are your tips to create a growth mindset in a business?

No market means no company, so the critical part of building a company is to always watch out for what your product and service can do for the customers it intends to serve. Next, use business tools to sort out how you are going to serve the market, monetise the process, identify who you need to recruit to get you to market and maintain a presence to build a commercially sound business. It is critical not to be distracted by problems other than solving those that stop you getting to the money.

Is there now more collaboration between universities and businesses? Do we need to do more to encourage links between the private sector and universities?

The most profound change that will develop is that most modern governments are now expecting their R&D spend to increase. In the UK, this is promised to rise to 2.4% of GDP in the period to 2027, but there is also a profoundly important expectation of a parallel demand for an increase in social and economic impact from this investment.  The consequence is the importance of science and technology parks such as the Surrey Research Park taking a role in creating the right business environment to support opportunity – entrepreneurs – to create this impact.

The appetite of ‘opportunity-entrepreneurs’ will be stimulated by the growth of innovation platforms and the demand for increased resource efficiency, expectations associated with the bio-economy such as synthetic biology and associated health services, digitisation of business, the dematerialisation of products and services, increased access to data and its analysis, sensors, reduced latency in computing, and opportunities coming from AI, new financial systems and health services.

These opportunities may be found in ideas that come out of increasing levels of urbanisation, web-based empowerment, new business models, measuring environmental concerns, mobility and telecoms because of geographic dispersion.

So parks like Surrey’s will grow in importance as instrument of economic development by helping to create clusters of science (in its widest sense) based companies.

What does the future hold for the Surrey Research Park?

It is likely that as large companies grow and become more risk averse, we will see start-ups taking the risk of developing businesses that operate in the high market and high development risk sector of business, and then be acquired. There are now huge sums of investment being pumped into economies by investors to buy up market driven start-ups and potentially real estate, such as successful science parks, and we may see that have an impact as parks and funds align. This is likely to be driven harder as impact is demanded from public research funds and research and development tax credits support start-ups.

Parks like ours are seeing the importance of the role beyond real estate gather momentum by being absorbed into the portfolio of university research and innovation teams that are the tech-transfer office of the 2020 to 2050 economy.

16 How Semmco won the Queen's Award for Enterprise

Interview with Semmco's MD Stuart McOnie on their recent win and how they will celebrate as a business ...

16 Policing the community this summer

Surrey Police and Crime Commissioner David Munro reflects on three years in the post and looks ahead to the future...