Health and Safety - not at work

READ NEXT
Putting the clocks back - in a big way 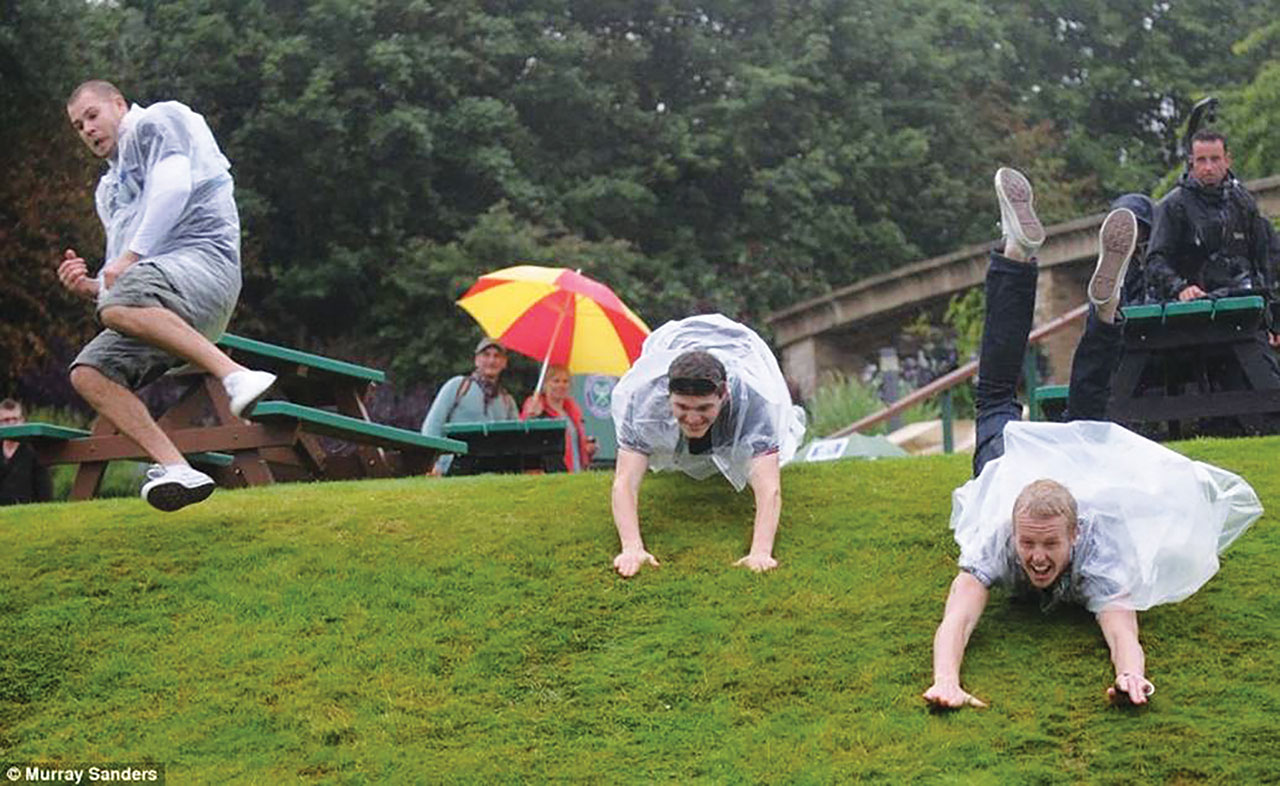 The simple truth is that the event or activity that you are attending in your leisure time is nearly always at someone else’s workplace. And in exactly the same way that you have a duty to ensure the safety of visitors at your workplace, so the organisers of events have a duty of care to you.

This is where some parts of the popular press like to call us the ‘fun police’. Several years ago at Wimbledon, officials closed Murray Mount (or Henman Hill as it was once known) as it was feared fans would be injured if they slipped on the wet grass. And they may also have worried that the young men happily throwing themselves down the slopes in their plastic capes may hurt themselves, then go on to contact a no win, no fee lawyer.

Back in the day, we could normally rely on people taking responsibility for their own actions; if they slipped on the wet grass or hurt their back whilst sliding down it, it was their own fault. But as we all know these days, if you are hurt, it must be someone else’s fault…

And there are plenty of new ‘banned activities’, which are always wrong but still get print space; children banned from playing with yo-yos and conkers, knives banned from village hall kitchens, charity shops not allowed to sell knitting needles, a pub customer not allowed to carry his drinks on a tray, schoolchildren banned from running in long grass! The list is endless. In simple terms, the reality of health and safety impacting you while you are enjoying your leisure activities includes things such as making sure you can’t trip over boxes, tools or cables, or by making sure the emergency exits are clear.

Of course there are places you go where you expect, desire even, to be exposed to danger. The idea of being strapped into an open seat and then thrown around upside down at 50 mph does not appeal to me in the slightest. But there are plenty of thrill seekers (personally I’d call them masochists) who go to Alton Towers or Chessington every week to do just that. But here’s where health and safety rears its head - there is a limit to the ‘danger’ that they can be exposed to before people really do get badly hurt.

In June 2015 there was a horrific accident on the Smiler ride at Alton Towers which left several people with what is known as ‘life changing injuries’. And then of course there was the terrifying accident in Ohio earlier this year where the ride broke apart in mid air.

What is important to remember is that neither of these accidents just randomly ‘happened’. Both parks would have had procedures in place to prevent such things. But what happens in nearly all cases is that the procedures aren’t followed for whatever reason. Checks are not carried out, maintenance is rushed or missed, safety cut-outs are over-ridden, and suddenly you have an incident and your day out is spoiled, or even worse.

Visiting old churches, stately homes and parks is a very popular pastime both in the UK and across Europe, however, the age of many of these attractions also causes problems from a safety perspective.

A 52 year-old Spanish tourist was recently killed by falling masonry while visiting one of Florence’s most famous churches, the Basilica di Santa Croce. He was struck by a piece of decorative stone approximately 150mm x 150mm that fell from a height of 20 metres (66ft). Authorities are now checking the stability of the rest of the church, which is expected to remain closed to visitors indefinitely.

Other deadly incidents involving Italian monuments include the 1989 collapse of a 14th-century bell tower in the northern city of Pavia, in which four people died. A toddler and a 30 year-old were also seriously injured when plaster fell from the ceiling of the Acireale Cathedral in Sicily during a wedding.

But Italy is not alone in collapsing structures. Whilst on holiday in Malta recently, I saw a pile of sandstone rubble on the pavement. When I looked up, there was a collapsed balcony, but nothing to warn anyone of any further collapses…

Another tragedy happened at the 900 year-old Warwick Castle. In 2012 a visitor died from his injuries when he fell over a low bridge into a dry moat below. The castle was then successfully prosecuted and fined £350,000 for failing to ensure the safety of visitors by installing barriers and signs.

So to play Devil’s advocate and bring the might of health and safety to bear, it could be that the only real way to keep visitors safe from falling masonry is to keep them away from the structure by fitting ugly modern fences or scaffolding around beautiful buildings…very picturesque.

So the next time you are at an amusement park or stately home, or even picnicking under a 500 year-old oak tree in one of the royal parks next to an unprotected lake, spare a thought for us ‘elf and safety types’ just trying to make sure you go home safely so you can go back to work safely.

Clearwater Safety Group looks at all of the risk areas that your business may be exposed to and work  with you to minimise or remove them.