READ NEXT
The mobile staycation 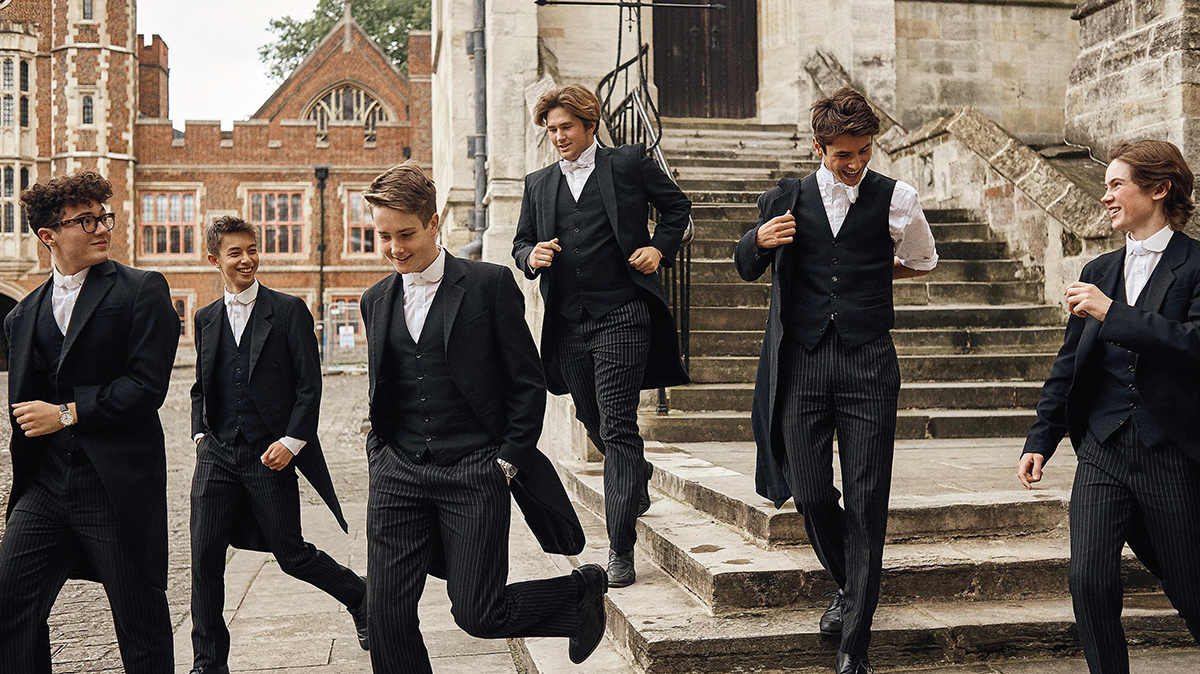 The Patriarchy Paradox Debacle
When I watched the Patriarchy Paradox video at the centre of the Eton schoolmaster dismissal, I was both dismayed and outraged. I was disappointed that such a video could emanate from the school that has produced 20 of our prime ministers, hundreds more MPs, and leading figures in commerce, industry, and the civil service.  I did understand what this teacher called Will Knowland was trying to say. However, his message was clumsily delivered and unbalanced which is surprising considering the quality of teachers recruited at Eton.

The thrust of his paradox is that by shaping men and women to be more similar exaggerates their differences. This may be true and indeed there is evidence in Norway, the country where gender equality is the highest, that women still prefer to choose people and communication-oriented roles and men to choose roles which involve making things. However, gender equality is much more than what men and women do in their jobs, something which Knowland does not acknowledge. Instead, he concentrates on the superior strength of men putting them in a better position to take on the lead role, to be patriarchs. Astonishingly, he then tells us that women choose it to be so because it suits them!

I remember in my university psychology studying ‘nature versus nurture’ theories which 40 years later remain little changed. There are a few academics that believe that biology, genes, and testosterone are entirely behind the differences between boys and girls; and there are others that believe that it is 100% social learning from birth that deeply roots gender roles in a child. However, most academics subscribe to the theory that it is both, of which a far larger proportion of learned behaviour which influences you, rather than your genes. That children can be influenced in those early years by the way that they are treated. For example, do girls naturally veer towards dolls because of their genes or is it because parents and educationalists treat them differently and influence them so much that they pick up the doll, and not the truck, because we have trained them to do so?

Knowland recognises this issue of balance between genes and learning but in his view the social construct of gender equality has gone too far, and that biology plays a far bigger role than social development ever has. That is his opinion, fine. My issue is that he presents his view in a sexist and discriminatory way. Furthermore, his content is based on the past not on a potential future of equal matriarchy and patriarchy, that has been learned.

He admits that what he is saying will ‘bruise’ listeners. He defends his article by saying that free speech is more important than a bit of bruising. I need hardly remind him, as he faces his employment tribunal, that it is not ok to offend and put back gender equality of another generation of schoolboys.

Let us look at some examples of his bruising in his talk. For example, ‘Calling a woman a wimp isn’t an insult’. I would not advise he tries that one! Or showing a clip from the Goodfellas film where the gangster’s moll says that ‘gratuitous violence turns me on’.  Sorry, that was written by a male scriptwriter. Did Knowland really think about this clip before showing it? About the thousands of women beaten up in their homes by their partners? Later by emphasising that there is more male-on-male rape in jails than male-on-female rape outside, he is reducing the enormity of rape on women. I remember in the 80s when the earlier Yorkshire Rippers victims, single mums who were desperately trying to make a living through selling their bodies, were ignored in the investigation. It was only when, in the eyes of the police, ‘respectable’ women were killed that they started to properly investigate.

Knowland says that ‘women prefer men with muscles and money’ and then shows a photo of a buxom blonde revealing more than she should as though that is how women should dress to get that muscle man. He talks about men learning to get that ‘pretty girl’; that men learn that they need money and power to succeed with women. Rather than oppressing women, he says that getting men to compete over them gives women tremendous power. Really?  It is the other way around. When a man wins the pretty women he believes it gives him tremendous power and kudos amongst his peers, which is what he has been led to believe. It is not about women’s behaviour; it is about men’s own learnings.

He says that men have invented well over 90% of inventions which have improved the quality of women’s lives? Did Knowland not mull this over and consider that women were not allowed to be educated, never mind take jobs in medicine, engineering, technology for hundreds of years? Indeed, they still struggle to get to the top of these professions to be equally recognised and paid; and in too many third-world nations, girls are still not being educated.

What is disappointing is that Knowland could have taken this opportunity to help his boys understand that they can change social learning at all stages of life to enabling a more balanced approach where it is ok for a woman to take the lead in money and power, to be the matriarch.  It does not mean the man is a wimp!

The whole half hour is delivered as a fait accompli. He says it is to stimulate debate but, in my experience, when a teacher teaches, even when it is one sided, you tend to respect it, remember it, and take it through your life. My view is that he has damaged these boys’ perceptions, encouraging them to believe that a woman’s main aim in life is to find a Chippendale man who will provide for her.

Unfortunately, the controversy has attracted a following of shared believers, whipping up anti sexual equality sentiments judging by the YouTube comments. Well done to you, Eton Headmaster, for stamping on these outdated views. I salute you!

08 Kamala Harris - the next US president?

Should many of the pundits be correct in the assertion that Biden will not see out the first four years, whether from age, illness...

A slightly surreal Scottish Road trip. In a Land Rover. ...

A guide to mastering the poses of Sun Salutation ...