READ NEXT
The Lickfold Inn 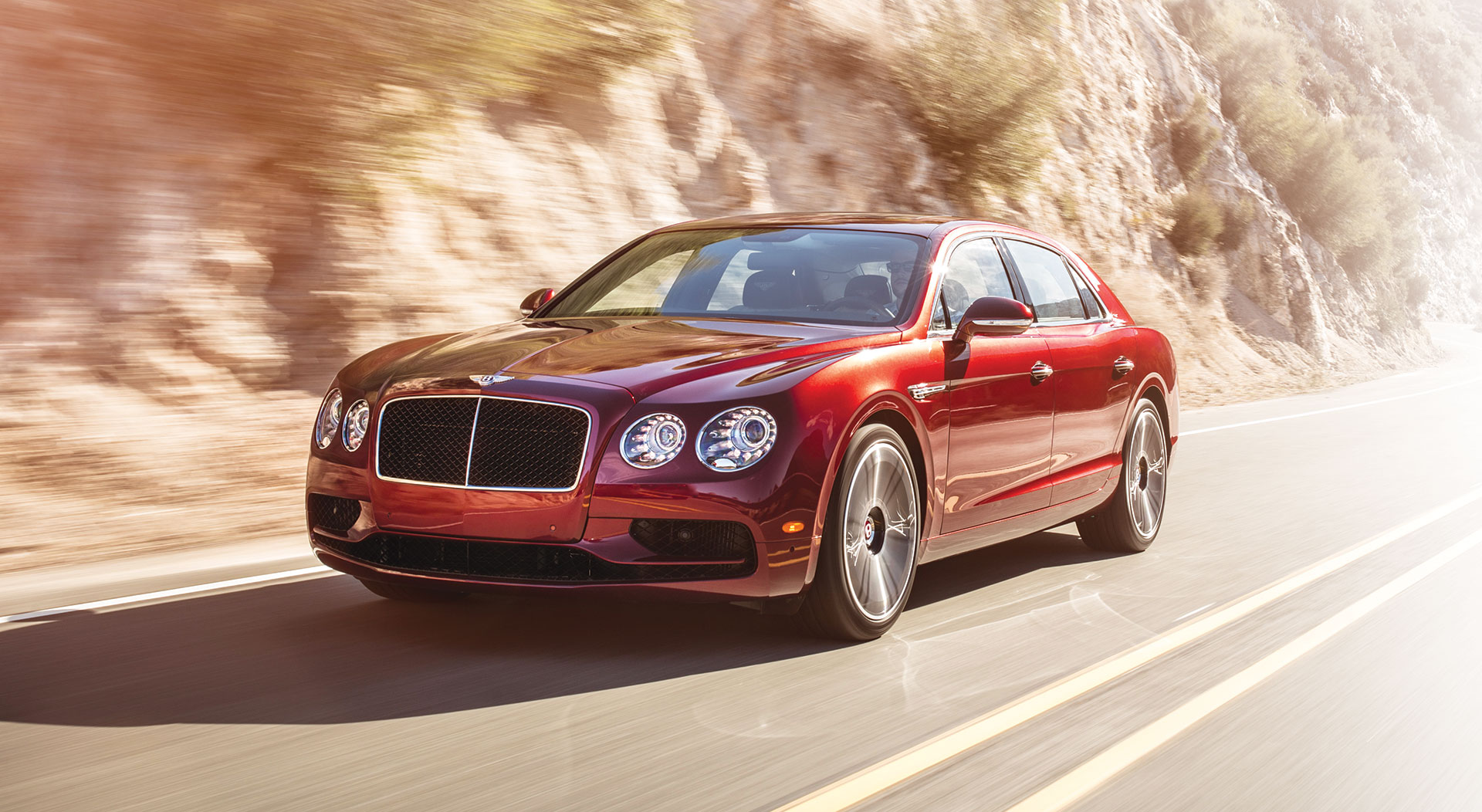 The Bentley Boys were a group of wealthy playboys who drove Bentley cars to victory in the1920’s and pushed the brand into folklore as exclusive, fast and stylish. In 1925, when the marque was floundering, Bentley Boy Woolf Barnato purchased the company leading to the creation of the famous supercharged Bentley Blower. Unfortunately, the Great Depression arrived and destroyed the market for luxury brands and the company was eventually sold to Rolls-Royce in 1931. In 1998 the company was again sold to its current owners, Volkswagen.

The early Flying Spur was a stretched version of the famous Continental but this new model sits in a class of its own. When it first arrived on my drive, l was unsure. I was expecting some theatre as with the Rolls, but you don’t get that. I was expecting a wafting great barge but you don’t get that either. For the first two days l was really unsure that this car really lives up to the famous Bentley marque, until day three when l fell in love. There is something very special about this car but it is quite tough to define what that is. There is not the theatre of the Rolls but then you don’t feel like you are flaunting your wealth and being stared at every five minutes by commoners who think you are a

flash knob. This is more subtle - you know you are driving a Bentley and you don’t really give a damn if any one else knows it. I like that.

The party trick here is that you don’t really know you are driving a 2.5-tonne car. This new Audi derived V8 engine is as smooth as silk and pop it into sport mod, and it really does fly. With the standard 4-wheel drive, it allows you to properly attack corners and accelerate away from just about anything whilst sitting in a luxurious formal dining room. Switch out of sport and it wafts around with grace and style leaving you as fresh as a daisy after 1000 miles and ready for the next 1000.

As the majority of the, mainly Chinese, owners will sit in the back, there is little expense spared there with 10-inch screens, on-board 4G enabled WiFi and your own controller. This operates just about everything from the TV, heated/cooling massage seats, fold-down picnic tables and a fridge in the armrest that will chill the obligatory bottle of Champagne. You can even stream the dash to the rear screen to see if Parker is doing the correct speed. With double glazing, the 1,100w sound system is crystal clear and you will be sitting in the finest hand-stitched quilted leather seats that money can buy. In short, you will not want to get out.

For the lucky driver, the seating position is fully adjustable although the indicator stalk is far too close to the paddle shift and turning left often pops you into manual which is a tad disconcerting. There is no doubt that this car is designed for both the passenger and the driver. The 8-speed ZF transmission is absolutely seamless and as l had the S version, it was giving me 521bhp and 60mph was reached in 4.6 seconds, and will storm on to 190mph. This is a quick car by any standards. The air suspension deals with just about every surface in a calm and undisturbed manner and it corners almost flat - to corner totally flat in this size and weight car would be beyond magic.

There are two models available, the W12 6.0-litre and the 4.0-litre V8 and this is the one to buy if you like actually diving past petrol stations. My V8S will deliver 25.9mpg combined but the urban figure of 17.8 would be more realistic but then very few owners of this car will give a flying hoot about that. This car is not about saving money or skimping on the extras list. Rather it is a wonderful hark back to the old days when quality and refinement were the only things that mattered. The extras list is not so much of optional as mandatory. Jewel encrusted fuel cap anyone?

The exterior might be called a tad bland but to me it is that wonderful heady combination of refinement and style that is not rammed down everyones throat. Understated style and panache is the order of the day and although you can buy a Mercedes S-Class or a BMW 7-series with most of the kit at half the price, why would you. This is a Bentley

And what would the original Bentley Boys make of this car? I have a feeling they would prowl around it with appreciative, knowing glances then get inside and rip it at high speed to Monaco - and back again just for a laugh whilst slugging the finest Champagne.

They would love it as do l.