How the Eastbourne Chamber of Commerce got to where it is today.

READ NEXT
Eastbourne is coming alive 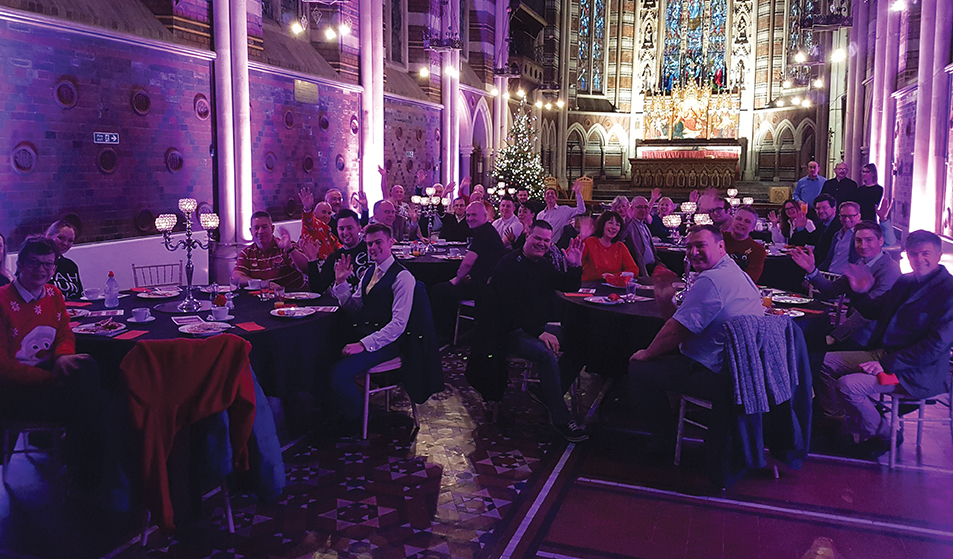 So EXACTLY what has happened to Eastbourne Chamber since its first board meeting in December 1892?  Well, after a several years the Company Secretary, Mr Jenkins, was removed for “failing his position” – at one of our more dramatic board meetings.

While the reason was not minuted, the following month it was noted that the bank account was in the red to the tune of £4.9s.9p (almost £1,000 in today’s money). A shocking deficit due to unpaid members fees!

In 1903 the very first British municipally owned bus company was formed in Eastbourne and joined the Chamber. This was eventually sold to Stagecoach who are still members, and they continue to look after a beautiful old Eastbourne bus built in the 1950’s.  It comes out every Christmas to ferry the good people of Eastbourne to do their Christmas shopping in exchange for a small donation to the RNLI.

During the “European War”, World War One to you and me, the Treasurer Mr Franklyn, was stuck in Switzerland and so a meeting was called to replace him. At this meeting they debated the deepening war crisis and the affect it was having on visitor numbers. Not only were fewer people holidaying in Eastbourne, they were spending less money when they did. Despite this a relief fund was set up for the Belgian people who had been invaded by Germany and had lost their local produce as it was requisitioned by the German army.

The Government sent out a directive to the Chamber telling their members not to trade with ‘alien enemies’ however the board did not understand who this included and did not want to reduce their customer bank any further. Eventually, after due consideration, it was decided not to trade with anyone with a German sounding name.

In 1915 the Home Office wrote to the Chamber to ask members to release their staff to join the armed forces. Nearly all male members of staff had already been drafted so a Penny Fund was set up instead to help the sick and wounded. Then, on June 3rd 1915, the Chamber approved Miss Gatliff’s Women’s Labour Movement to free up more men for conscription.

On July 3rd 1940 the first air raid rang out in Eastbourne but no targets were hit. Within four days the Luftwaffe got its eye in and two died while 22 were injured in their second bombing raid. Eastbourne was on a direct line from London to Germany and became the most bombed town in the country when German pilots dumped their payloads on the way home.

In 1942 bombs hit platform 1 of the railway station as well as the gasworks, Royal Eastbourne Golf Club and Marks & Spencer. The East Wing of the beautiful Cavendish Hotel took a direct hit and was closed to reopen for RAF personnel.

In September 1942 the Board debated employing children for the duration of the war and it was decided to employ 14 year olds to deliver newspapers. 15-year-old George Turner became a Royal Messenger, dodging bombs to deliver telegrams to tell people about their loved ones. A tough job. George became President of the Chamber in the 1970’s and will be our Guest of Honour at our 125th Birthday Ball in July to be held at The Cavendish Hotel.

In total the town suffered 1,106 civilian casualties, 172 dead, 443 severely injured, 489 slightly injured and 2 missing.  475 houses were destroyed, 1,000 seriously damaged, 10,000 slightly damaged and 5 aircraft were brought down or crash landed on or near the town.

Eastbourne’s elegant Victorian and Edwardian buildings were decimated by German bombs and modern buildings can now be seen filling the gaps that were created.

In October 1957, twelve years after the war, the Chamber set to rebuilding the library as it was an eyesore. After much lobbying the council started work in 1960 and the new Library opened in 1964 at a cost of £144,000.

In April 1963 several traders complained to the Chamber that local providers had not been asked to carpet the new Congress Theatre. A resolution was made that in future local traders should be given the opportunity to submit their tenders to the council for any contract of more than £1,000. For this reason when Morrisons was built 50 years later the company committed to the Chamber that they would use local builders to get the job done.

The Arndale Centre was opened on July 2nd 1981 by the Duke of Devonshire but the Eastbourne Chamber of Commerce Board were snubbed and not invited!  They wrote a formal letter of complaint to the Chief Executive and afterwards the Eastbourne Arndale General Manager joined the Chamber Board to make sure the relationship was strengthened.

In 1987 the Birds Eye factory on Lottbridge Drove closed and was replaced by a large Tesco store. Thousands of jobs were lost and the Chamber and Council got together to create the Edeal Enterprise Agency to help those made redundant to find jobs or start their own business venture.

The Eastbourne Chamber and Edeal Enterprise Agency continue to work together for the good of their members and the local economy.  Eastbourne Chamber is the largest Town Chamber in the South East and helps business people to grow their companies through PR, social media, networking, sharing best practice, coaching, mentoring and lobbying.

In 2012 Eastbourne Chamber and Edeal invited all the other Chambers and the Federation of Small Business in East Sussex to work together and speak with one voice. That alliance of chambers became known as ACES and has over 4,000 members representing business people across East Sussex.  Since then ACES has met with seven MPs and nine Ministers to push for improved roads, rail and airport expansion in Gatwick.