The programme has moved towards financial sustainability through income from projects, and despite the HEFCE funding ending, has carried on with support from the University of Sussex Careers and Employability Centre, and the University’s Business School 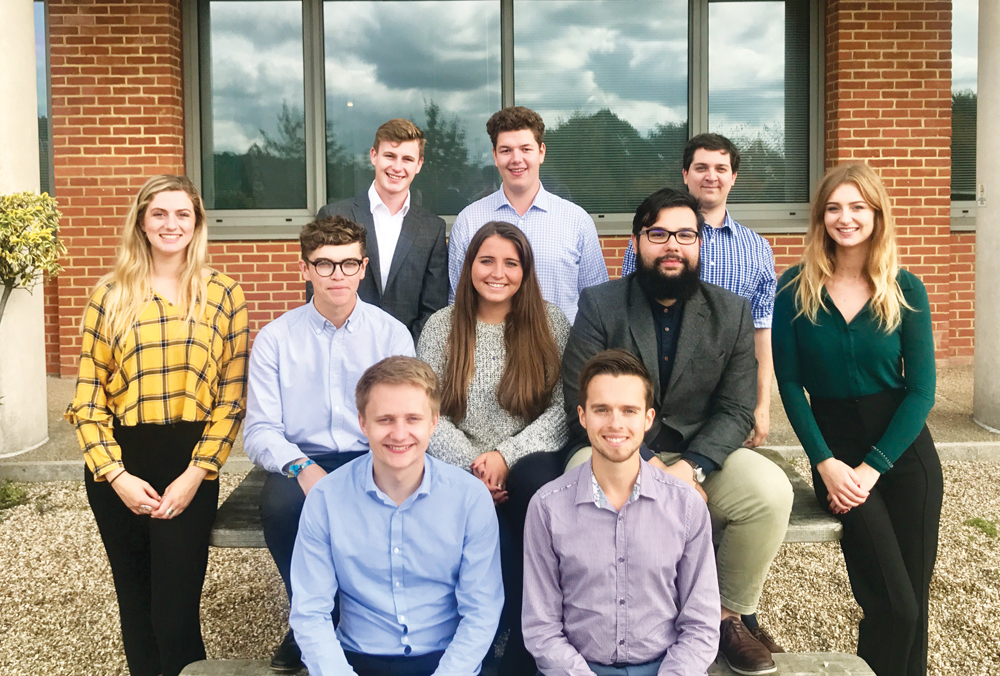 This summer, the Catalyst programme celebrated a significant milestone as Sussex Innovation welcomed its fifth intake of recent graduates and placement students from the University of Sussex.

The scheme has become an integral part of the incubation network’s offering since it launched in 2014, with the aim of bridging the gap between young people looking for meaningful, full time work and business owners looking for practical support without the expensive recruitment and training costs. To date, the team has worked on over 300 projects for 160 clients.

“We identified a major problem, says Mike Herd, Executive Director of Sussex Innovation. “Brighton and Sussex are full of talented and willing young people, who were struggling to find work that would accelerate their careers. At the same time, we were finding that our early stage companies often needed assistance but didn’t have the time to find and train employees. They couldn’t commit to employing someone full time.

“By taking that burden of training and support off their hands and bringing it into our own team, we ensure that every Catalyst project has a real strategic purpose to the business, and a tangible outcome. Companies only take on the Catalyst team member for the amount of time that they need to carry out these defined projects, so the student gets a real experience of working with a range of different, innovative and exciting young businesses.”

The programme was initially supported with a grant from the Higher Education Funding Council for England (HEFCE), with the three-year funding period ending last summer. The success of the initiative was judged on economic growth and job creation – and the Catalyst scheme far exceeded its targets on all counts.

The aim was to support companies to create 60 new jobs, help increase revenues by £1.5m and increase investment by £300,000. Over three years, Catalyst clients have created 148 new jobs, made more than £9m in additional revenue and received more than £4.5m investment.

The programme has moved towards financial sustainability through income from projects, and despite the HEFCE funding ending, has carried on with support from the University of Sussex Careers and Employability Centre, and the University’s Business School.

“It’s been great that we’ve been able to prove that Catalyst works, and to measure the impact it’s having on the students and the businesses,” says Lucy Paine, Catalyst Programme Manager. “Catalyst has evolved with every year, and we’re now starting to see some real economic growth, which is fantastic. It’s a scheme that works for everyone.”

In their own words: Catalyst alumni share their experiences

Owen came from a social sciences background, graduating from his Masters in 2016. He joined the Catalyst team as he had little experience of the working world, and was excited by how varied the opportunity looked.

“I’ve always wanted to do something intellectually challenging, and which leaves a positive impact on the world, whatever that may be,” says Owen. He was given many projects throughout the year - ranging from desk-based research to content writing and analytics - but the one that stood out for him was managing a funding bid for a proposed new business incubator in Brighton. “It was my final project, and I took on a lot of responsibility, which really showed to myself how much I’d developed over my year in the Catalyst team.”

Since ‘graduating’ from the Catalyst programme, Owen has gone on to join another graduate scheme at the prestigious Imperial College London. His time with Catalyst has left him with many transferable skills. “It’s given me a lot to talk about in an interview context. I’ve tried my hand at so many things during my year with Catalyst, which has been invaluable. I’ve also developed more confidence and an ability to manage relationships much better - that’s been a key asset.”

A Mathematics graduate, Paul joined the team in 2016, attracted to how the role presented a unique opportunity to explore the operations of businesses in a variety of sectors. Prior to joining, he was unsure of what he wanted to do in his career, he imagined himself “crunching numbers, perhaps doing some statistics work” but lacked the experience to know where to get started.

“[Catalyst] gave me opportunities to apply and expand my capabilities, while learning about the impact these abilities can have on small businesses,” he reflects. “I grew to appreciate the flexibility and trust [in me], I hadn’t expected to sit in on brand workshops, which I enjoyed.”

Now studying for his MSc at Sussex, Paul still regularly visits the Innovation Centre to do freelance work for some of its member companies. “Catalyst helped my career in that I now understand better how all my abstract skills can be applied in the real world. I got an idea of what I might like to do, while also realising what I definitely don’t want to do!”