The weight of expectation

The general view amongst the pupil body here was that Brexit was a closing in on ourselves, quite insular and the result of a demagogic lowest common denominator approach 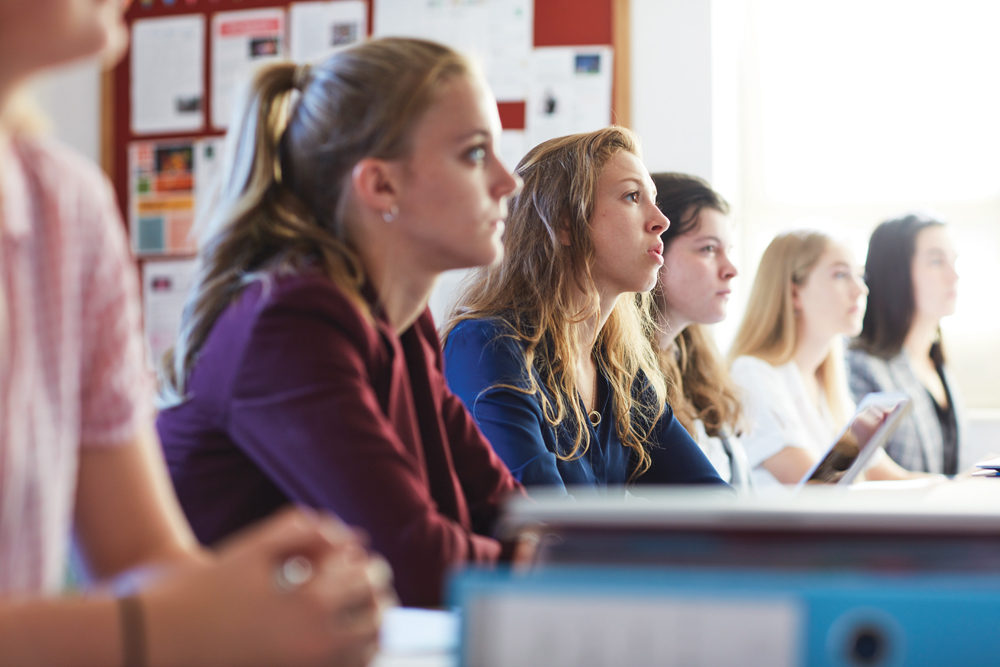 As always, when I interview Hurst’s Headmaster Tim Manly, the first questions came from him rather than myself, and he starts by asking about my family and how my son did in his A-levels. When I say that my son has decided to work and travel for a year before going to university, Mr Manly is instantly animated, and it sparks a conversation about the pressure faced by our young people.

“Why not bag those results, take a year of what used to be known as ‘finding yourself’?” asks Mr Manly. “The challenge facing this generation is very different to previous generations. Most of us didn’t worry about what results everybody else had achieved. There was not the same level of expectation and the vast majority did not go to university.What has changed hugely is a sense of competition in all aspects of life.

“I’m increasingly focused on seeing school not just as an end in itself and worrying about positions in league tables, but in how the students will be able to thrive within the future environment. Do they have the self-knowledge, skills, qualities and resilience to know what is right for them?

“As a society, there is a danger that we’re developing anxiety within youngsters, which is not healthy. Our task as educators and parents is to develop our children so that they recognise pressures for what they are, and to make them robust enough to navigate their way through a very different landscape. There is also the interesting, but slightly toxic, vortex of social media and an uncertain world, plus a feeling of ‘I’ve got to compete’. It can sometimes tip into the Putin/Trump idea of: “For me to succeed other people have got to fail and do less well than me, because it’s a competitive race.”

“Young people feel increased pressure and it’s written very large. You only have to look at the universities and the worrying statistics for depression and suicide. Part of that pressure seems to come from the expectations that anything less than perfection is worthless, which is wrong. It’s a nonsense.”

Listening to the concerns of Mr Manly, it makes me believe my son has actually made the most sensible decision. Is a year off the way to go?

I ask if Mr Manly would recommend that his pupils take a year out after A-levels.

“It depends entirely on what they’re going to do with it,” he replies. “It can be a positive experience if they’ve got a good plan which ideally involves doing some work, conforming to a workplace set of norms, learning the value of money and to get them out of their particular little cultural bubble. It is also an opportunity to do some travelling and to look at doing something which benefits other people.

“Universities are very keen to recruit students at the moment. I suspect, up and down the country, there are a many universities that want to nail in this year’s and the following years’ cohorts as they fear that the days of charging £9,000 a year may soon be over.

“The whole fees scheme is not sustainable. Interest rates are going to rise at some stage, and a student loan is already on about 6%. Sooner or later something’s going to have to give and I’m not entirely sure what it will be. But there will be change. You could argue, in a couple of years, the fees might well feel a downward pressure.

“Also, what really struck me when I recently visited some universities is the number of overseas students. That’s a radical shift from 10 or 20 years ago. You’re competing at the top end, and not just against your UK cohort but also with students from Germany, Australia, even the US, Asia, or wherever. That’s changed and, of course, non-EU applicants are paying even higher fees.

“Our challenge is to enable our students to secure a place at the best possible university for them - assuming, of course, university is right for them. In my view, the recent rise in apprenticeships has been a very good thing, hugely attractive in all sorts of ways.”

“There is a certain stereotyping going on, with probably an element of truth, in the same way that when you look back at the 1960s generation, not everyone was living on the King’s Road. What strikes me about this generation is how the technological aspect to their lives has become dominant. Learning how to control that is a big challenge.

“However, they do seem to be a clean-living generation, much more so perhaps than previous generations. They don’t seem to smoke or drink as much. There is, though, the whole ‘pharmaceutical’ side of life, which is a bit of an unknown and quite hard to gauge.

“There’s an element of truth in whether they are more risk-averse. They’re certainly more aware of the future and are anxious to get things right. GCSEs are very important in the way that our generation did not regard O-levels as particularly significant. Getting that internship or getting to the right university take a priority position in their minds.

“They do have a more open view of the world, as shown during the Brexit vote. The general view amongst the pupil body here was that Brexit was a closing in on ourselves, quite insular and the result of a demagogic lowest common denominator approach. Whether that’s right or not is obviously open to debate but I think most of the pupils, and youngsters generally, are more open to the world and the free flow of people and see similarities with those in other places rather than differences.”

If the characteristics of the pupils are changing, then, I ask Mr Manly, does the Headteacher need to change too?

“The biggest change is how we manage the technology and we’ve drastically reduced the amount of time they can have their mobiles and screens in the evenings. I don’t want to ban them entirely because they have to learn how to manage these tools - and they can be educational.

“For many years, we have had St John’s House, which is a co-ed, pre-university house for Upper Sixth formers, where they get used to the idea of living with other people and spending time away from home. We’ve also introduced life coaching for our Sixth Formers to ensure that they develop into fully functioning human beings.

“We are constantly looking to engineer situations for students to step outside their comfort zone, often through traditional methods such as sport, community service, internships or the Duke of Edinburgh scheme. We always ensure that each child is involved in something which is physically challenging, sport or otherwise, as well as creative, for example being up on stage, or communal. We also run a very good internship programme, which is one of the best in the country. In the modern world we cannot let them go from here to flounder around and find out the hard way. We have to prepare them for life beyond Hurst. It all helps to build their character, as we used to say.”

Is ‘building character’ a term that is no longer used?

“That whole sense of character sounds slightly old school,” replies Mr Manly, “but quite simply it is what will carry you through life when things get tough or things don’t quite go your way. Or if an opportunity arises and you hesitate about whether you should go for it or not? It’s you and your character with the self-knowledge and feeling of “this is right for me.”

“There is always a danger that we are developing a sat nav generation which is waiting for “travel forward, turn left, then travel forward, turn right” and we have mapped their lives out. We need to be looking very much more at individual development.”

Changing the subject, Mr Manly has overseen a great deal of change and growth in his time at Hurst. Will this pattern continue?

“We have doubled in size in my time here, and are now fully co-ed, have weekly and flexi boarding, but have moved away from full boarding and overseas boarders. We are now in a period of consolidating the scale of the place, but having said that, we’re opening a new theatre in September, and we’re revitalising our co-curricular quadrangle with a new pool and a new sports complex.

“One should never get too carried away by buildings as they’re there to fulfil a function. We’re at a stage now where we almost have the campus just as we want it to be. I don’t know how many schools can say that. We’re very lucky but we’re not going to expand further. I think we’ve got the right number of pupils now - if we get much larger, it becomes too Darwinian. We’re going through a period where the next few years will see incremental improvement.”

And how about Mr Manly himself? Is he still enjoying the challenges?

“Yes, very much so. I’ve had a discussion with the governors to make sure I’m not slipping or getting complacent. The next few years I can see us continuing to build on what we’ve done, enhancing what we offer, maintaining and developing the culture which is pretty much embedded in this place. I believe we are a good school, though not perfect and we do, of course, need to keep developing what we do.

“We are fortunate that our location is in the Gatwick - Brighton corridor. The region will probably see a huge increase in terms of housing, economic activity and wealth generation and we appear to be in a part of the country which seems set fair for the next few years.”

Last time we entitled the piece: “A quiet success story”. Does that still apply?

“I like that description. I want people to buy into this place because they believe this is a school with integrity that has real quality but does not feel the need to shout about it, because ultimately the school is about the children and the families who are within it. We’re not about playing some sort of reputational game on the national stage. Perhaps naïvely I believe that if we get it right, they will come, and that seems to be the case. I would never claim that we are working some mysterious alchemy here. We are very fortunate to be in this place, in a competitive market, but they do seem to come and it does seem to work!