Ridgeview began the journey on their 32-acre site producing around 20,000 bottles.

READ NEXT
Are you paying hidden fees on your business travel? 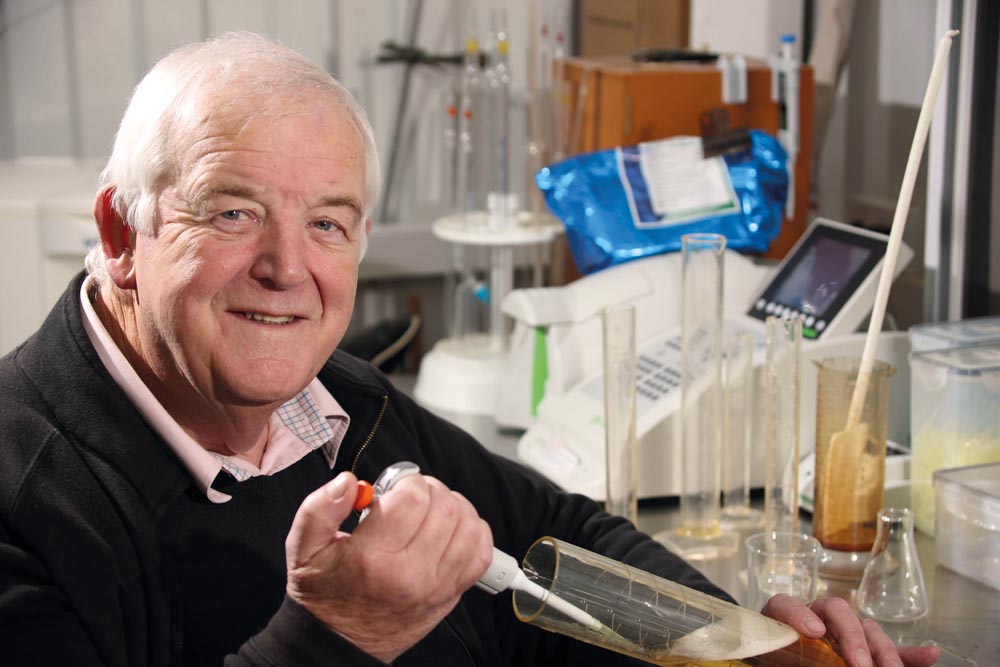 The husband and wife team sold a successful IT company based in Burgess Hill in the early 1990’s, which they had started from scratch, and ended up being one the biggest IBM dealers in the UK. During their time in IT they developed an interest in wine, particularly Champagne.

Upon selling the company and not wanting to rest but invest they began the journey of their next career phase. Mike was ever the entrepreneur and began researching the potential of producing sparkling wine in the cool climate of the south downs of England. At the time in the early 90’s the English wine industry was primarily concentrating on still wines using Germanic varieties such as Bacchus, Ortega and Rechsteiner, selling mainly direct from the winery or farmers markets.

To Mike the chalk and clay soils of southern England and the marginal weather bared an uncanny resemblance to the most northly wine region in France, Champagne. Mike visited various sparkling wineries around the world then went on a mission to find the location. A site was found at the foot of the South Downs, chosen for its suitability in climate and soil conditions which were deemed perfect for cool climate wine production. Whilst the vineyard and winery were being established, Mike went back to college to learn winemaking, closely followed by his son Simon to England’s only winemaking college at Plumpton.

Ridgeview began the journey on their 32-acre site producing around 20,000 bottles. The first wine that Ridgeview ever produced went onto win English Wine of the Year in the national competition. Mike and Christine’s daughter Tamara who began her career in the London financial world after completing her Law and Acountancy Degree, joined the family business in 2004 to oversee the expansion of Ridgeview. Appointed as CEO in 2014, Tamara has steered Ridgeview to the current production of a quarter of a million bottles and has ambitious plans to double this again over the next five years. As well as the day to day running of Ridgeview, Tamara is heavily involved with the wider industry, on the board of Wines of Great Britain, Wine and Spirits Trade Association and Sussex Wineries. Tamara was awarded ‘Sussex Business Woman of the Year’ in the Business Women Excellence awards in 2016. Second generation Simon Roberts is Head Winemaker at Ridgeview, responsible for production of Ridgeview and several exclusive sparkling wine making contracts. The Ridgeview team has now grown to 30 employees including four family members. Family is integral to the business and central to the passion, drive, ambition and pride shared by employees who have grown with the company.

Since foundation, Ridgeview have amassed over 250 medals including the trophy for the World’s Best Sparkling Wine at the Decanter World Wine Awards 2010.  To this day, this is the only time a sparkling wine another than Champagne has won this trophy.  Her Majesty the Queen has served Ridgeview at numerous state banquets at Buckingham Palace and Bloomsbury was the official sparkling wine for the Queen’s Diamond Jubilee celebrations.  The Ridgeview winemaking team are also behind the production of Great Windsor Park Wine, managed by Laithwaites, grown within the Queen’s private grounds at Windsor Castle. Ridgeview was awarded Small Business of the Year and Best South-East Business in 2016, and current title owners of Sussex Best Drinks Producer 2018.

The English wine industry has had incredible growth in the last twenty. There are now 502 commercial vineyards and 147 wineries producing nearly 6 million bottles annually and this is set to grow. When Ridgeview began sparkling wine represented a small portion of the wine grown in the England, sparkling wine now represents over 70% of the vines planted in the UK and over 2 million extra vines have been planted over the last two years. The South East represents of 75% of production under vine. Still less than 1% of wine drunk in England is English however this is set to grow in the future and increasingly important in an uncertain global wine world.

Key to the growth of Ridgeview has been working with local restaurants, resellers and direct with consumers. Overtime Ridgeview has developed a fantastic relationship with chefs, local producers and other wineries. Ridgeview have had the attitude ‘together we are stronger’ and work very closely with the wider wine industry. They were key in getting together a contingency of Wine producers together for the world’s biggest wine trade fair Prowien in Dusseldorf. As a result of this show and other initiatives exports of English wine has gone from strength to strength which is important for the future sustainability of the industry. Ridgeview sparkling wines are now exported around the globe; with wines sold in 12 countries worldwide including USA, Norway, Japan and Finland.

Wine tourism is becoming so important to Ridgeview and the wider English wine industry. Ridgeview has been fundamental in working together with other Sussex Wineries to create a body for promoting the wine region www.sussexwineries.co.uk. Visitor numbers are up 100% year on year. Set amongst the beautiful South Downs near the picturesque village of Ditchling, Ridgeview is open daily between 11am – 4pm. The winery welcomes guests to call in and taste the range of sparkling wine in their beautiful tasting room overlooking the ridge or enjoy a glass of sparkling in the Ridgeview wine garden. This year has seen the development of mini festivals celebrating street food and music at the vineyard and their new Wine club called OurView. Further events include a chef series of dinners beginning with celebrated local chef Matt Gillian, cooking a perfectly paired dinner menu to be hosted at Ridgeview in celebration of harvest.

With the prospect for one of the very best harvests ever to be seen in England due to the spectacular Summer of 2018, the future of English wine looks very sparkling indeed!

Detailed tours of the vineyard and winery are available by checking