READ NEXT
University of Sussex’s entrepreneurs of the year announced 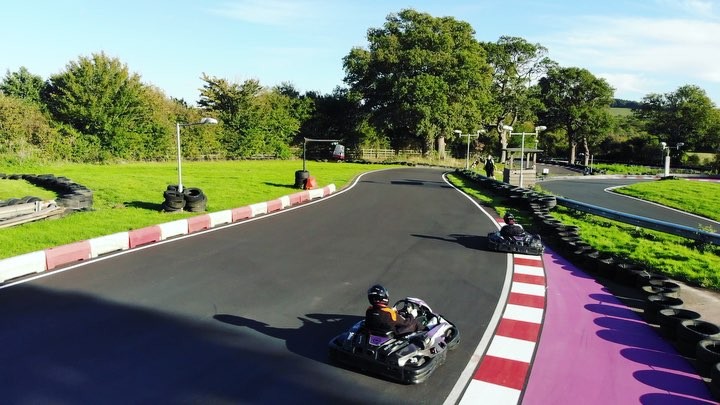 Myself, Paul and the film crew headed six miles back up the A23 to Q Leisure for our next two challenges – a spot of axe throwing followed by some go-karting and time to enjoy being out of the office... again! Now I’d seen Paul go-karting before and he’s got balls of steel on four wheels, whereas I errrr... don’t! So, I felt my chances lay with the medieval style challenge. After all, my name is original Anglo Saxon, so I should be good at this.

Axe throwing… an opportunity to express our tribal instincts and you never know when learning this skill might come in handy!

The range was set well away from the other activities and upon reaching the designated area it became apparent that for everyone’s safety, there were several six to eight-foot-high fences surrounding the large dart board esq targets, presumably in case our throws went array!

Following our brief but detailed lesson on how to throw a tomahawk and a hatchet, and where to aim, we both stepped up for some practice throwing at the target 12 feet away.

There is a technique to how you throw each axe and each type is different – it’s mainly about where you hold the handle and where you release on the throw which effectively determines where the axe lands. Despite several of my throws missing the target completely and hitting the fence behind, I felt the practice went well and looking across at Paul I was having more joy hitting the wooden bullseye than he was. At least, I was until the competition started!

With the adrenaline pumping, we had five throws for each axe and the highest number of points determined the winner. Long story short, I crumbled under the pressure of competition (who’s idea was this!?) I’ve no recollection of the score, all I can remember is that most of my throws missed the target completely or bounced out, and the more this happened the more frustrated I became, which only helped to exacerbate my obvious lack of skill at this particular sport! Similar to my ineffective performance at archery several months ago, let’s just say I hope I never have to rely on axe throwing to survive. Tomahawk or hatchet, I might as well have been throwing fruit. 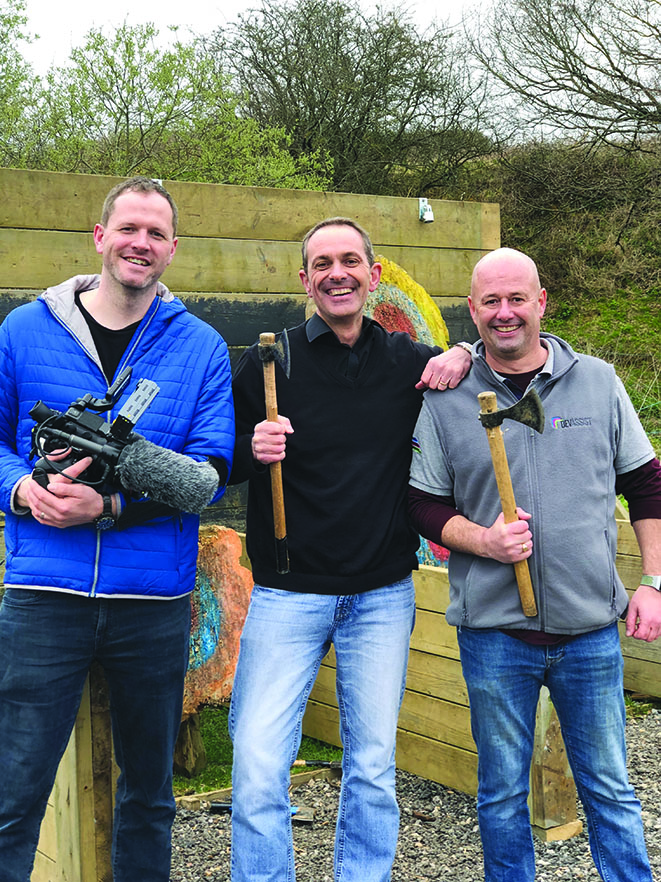 After this crushing defeat, it was off to the go-karting. The track looked spectacular, having had a makeover not too long ago, to produce 800 metres of winding corners, slick turns and several exceptionally fast straights.

Q Leisure boasts that this is one of the best outdoor karting tracks in the south with their karts able to reach speeds of up to 50mph, quicker than any indoor karting track! My chance to live the F1 dream then - isn’t this how Lewis Hamilton started?

After changing into our overalls and donning the compulsory helmet, we sat down to watch a 5-minute video explaining all the do’s and don’ts, PLUS advice on what lines to take and when/where to accelerate.

The two of us lined up on the grid behind each other in our 270cc Sodi RT8 karts, the fastest ones available, for half a dozen practice laps where I set off first. I knew I was in for a difficult challenge when Paul accelerated past me before the first lap had even ended! But it was to get worse! I’m embarrassed to admit that after only four laps not only did Paul go past me again, but I came over a little bit unwell – a case of motion sickness which must have been caused by my Top Gear slides and drifts at each corner!!? Back in the pits, I stepped out of the kart all hot & sweaty, apparently looking a tad unsteady on my legs; I’d gone green according to cameraman James!

Suffice it to say, I just couldn’t continue, so James, eager to have a go, quickly changed and we switched roles. The race was to be 10 laps around the circuit and as expected, Paul shot off like a rocket and, unsurprisingly, proceeded to win by a handsome margin. Despite the finishing distance between him and James, they both remarked what a brilliant experience they had…for three laps at least, I could say the same, despite everything and losing, again, it was exhilarating.

I noted they also do Fire Walking & Glass Walking workshops. Maybe next time. Despite the disappointment of losing both challenges (Well done Paul!), It was a lot of fun and being in Sussex, Q leisure should definitely be worth a visit again soon.

The Platinum Challenge – helping to raise funds for Rockinghorse Children’s Charity. If you can help, all donations will be very much appreciated www.justgiving.com/fundraising/platinumchallenge10