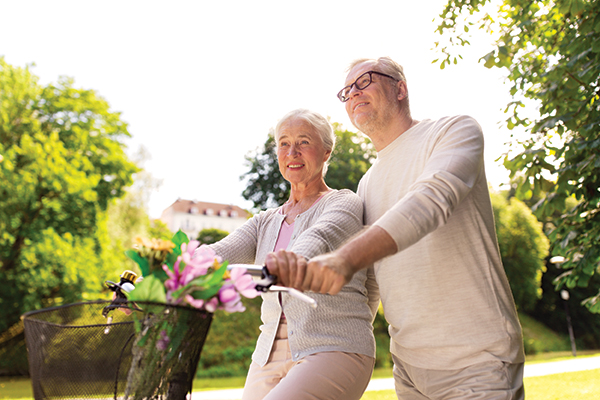 The 2015 Pension Freedoms were a turning point in pension functionality and tax treatment. The compulsion for most to use their pension pots by purchasing a lifetime income contract known as a ‘Compulsory Purchase Annuity’ was removed. In effect, the Treasury now trusts citizens to be wise enough to make their own decisions about their retirement income.

Pension Freedoms revolutionised how benefits are drawn during an individual’s lifetime, letting them choose how much income they need and when. It also brought wholesale changes to the death benefits available and the tax treatment of those benefits.

Funds that remain in defined contribution pension schemes at death – either in accumulation (growth) or income phase – will now be passed on to beneficiaries with no income tax due on withdrawals if the death occurs under the age of 75. When a death occurs over 75, benefits are taxed at the recipient’s marginal income tax rate.

It should not be forgotten that pensions are outside the scope of Inheritance Tax (IHT). This compares favourably to the rules before 2015 where funds remaining in drawdown on death were taxed at 55%. Defined benefits schemes offering spouse’s pensions on death have unchanged rules – for example, a widow’s scheme pensions remain taxable. Defined contribution schemes in accumulation before 2015 would pay-out tax-free lump sums.

1 Dependant/Nominee Flexi-Access Drawdown
The new breed of drawdown post Freedoms allows flexible income to be drawn from an invested pot. The ‘investment’ could be anything from a bank account to Amazon shares. Although traditionally in pensions, the definition of dependant is quite narrow. Under Pensions Freedoms legislation, savers are no longer constricted and can designate ‘Nominees’ to receive the benefits on their death. Another major advantage is that the pension is in an environment where no tax is due on investment income or growth. When that individual eventually passes away, they can leave behind them benefits either for a dependant of their own or a ‘successor’.

2 Dependant/Nominee Annuity
Should the recipient require a guaranteed income, the option remains to purchase an annuity with the proceeds of the death benefit. Again, under Pension Freedoms, this no longer needs to be a traditional dependant.

3 Lump Sum Death Benefit
The recipient receives the value as a lump sum. Whilst this is the simplest outcome, it can provide challenges. All funds come immediately into the recipient’s estate for IHT purposes. Many married couples utilise the inter-spousal exemption to avoid paying Inheritance Tax on the first death. This is especially prevalent if they are in a position where they are unlikely to spend all of the funds themselves.

There is also the question of general taxation when you remove the capital from a very efficient tax structure. If the money is not needed to be spent in the short term on paying down debt or funeral costs, often the beneficiary will be looking to re-invest the capital for either capital growth or additional income. Goals they would likely have been able to achieve more tax and cost-efficiently by keeping the funds inside a pension environment to begin with.

Availability
You may think the government would have ensured Pensions Freedoms functionality was rolled out to all defined contribution pension schemes by now, but this isn’t the case. The large majority of pensions are not offering the full suite of Freedoms functionality in life or after the death of a member. There are hundreds of billions of pounds in schemes with old fashioned scheme rules which only offer the lump sum option on death. This can leave dependant’s or other beneficiaries with a paucity of choice at what can be a very testing time. Outcomes can be materially worse as the resultant tax exposure and practical requirements can often be much higher.

Get in touch
A pension review is strongly recommended for those who have not had one since April 2015. This is essential for anybody looking to make the most of their pension savings for their own benefit of course, but also to optimise the utility of the funds for their nearest and dearest.

The Financial Conduct Authority does not regulate Estate Planning.

For more information, get in touch with our friendly team of Independent Financial Advisers by calling 01903 534587 or visit our website: www.
carpenterbox.com/wealth