The cautionary tale of social media

READ NEXT
Vlad all over 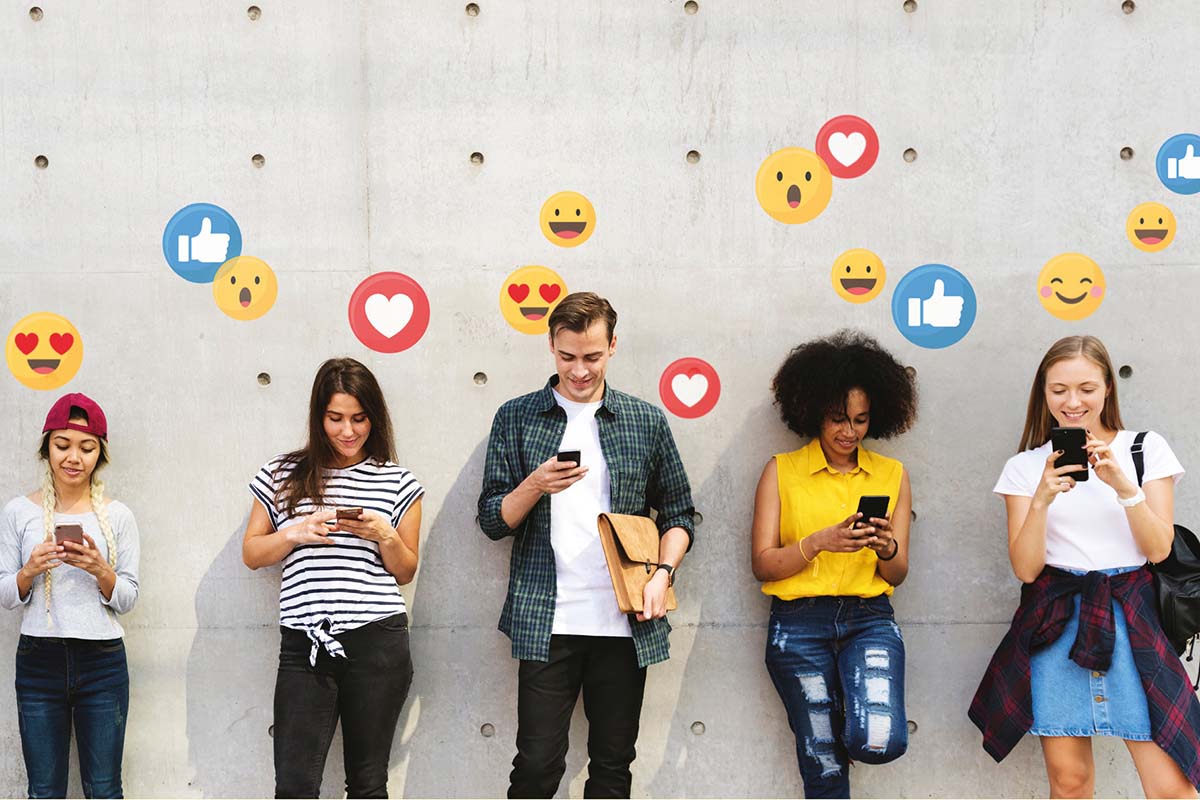 Since Friends Reunited was launched 22 years ago, the popularity of social media has grown exponentially so that it’s now an integral part of our daily lives. Alongside posting holiday snaps and news about life’s ups and downs, it can help us with everything – from selling houses to finding a local plumber to promoting your business and networking. Whilst it has a vital part to play in keeping people connected with others, social media misuse has also become a recognised source of mental ill health issues and it is increasingly relied on to evidence misconduct at work. So do we need to reconsider the benefits of using social media for work?

We know that WhatsApp and other social media platforms can be excellent for engaging with each other and for managing remote teams. With its ease of communication, flattening of hierarchies and acting as a virtual ‘watercooler’, social media is an ideal hub for people to come together especially when working remotely, to have conversations that may spark new ideas, products or other business improvements. What’s more, the security of the messages is ensured due to the ‘end-to-end’ encryption, which means only the messenger and the recipient/group can see the message.

Recent research by Guild has shown that more than 50% of workers use messaging apps for workplace communication and 38% for work-related matters and this is likely to continue to increase. Unfortunately, there is a downside though as an increasing number of our clients are seeking our advice on managing grievances and claims for bullying and harassment which involve inappropriate WhatsApp or other social media messaging.

The complaints commonly arise from:

• Being excluded from groups and plans for after work social activities
• Gossip or ‘banter’ and inappropriate language being used in messages
• Inappropriate pictures or videos being shared.

Both new joiners and existing staff are at risk of being excluded from unofficial WhatsApp groups or other social media channels and this could lead to successful claims of unlawful discrimination under the Equality Act 2010 and bullying. Staff are often unaware that they could be personally liable themselves for bullying and harassment claims, as well as being exposed to civil or criminal complaints under the Protection from Harassment Act 1997.

What’s also become apparent from our experience is that most people don’t appreciate messages they exchange on social media platforms, could be used as evidence against them later. We often encounter Directors who have set up “the Directors WhatsApp” group, where they exchange ‘open and frank’ work related messages, without being aware that these messages are disclosable in Employment Tribunals. This can lead to some red faces when they have to explain what they meant when they said X,Y and Z about one of their staff. This can be addressed by ensuring all staff understand that even messages which are exchanged on their private devices, and in their own time, can become publicly available in a Tribunal or Court hearing later. It’s critical to ensure that everyone knows that what you put in writing on social media, could come back to haunt you one day.

Having clear policies in place is a first step to address these concerns, but you also need to train your team on what is acceptable when using social media, both in and out of work. They also need to know what the consequences of breaching the policy could be. This not only includes dismissal, but the potential for claims being brought against them previously for discrimination, if the messages constitute, for example, sexual harassment.

One other common mistake employers sometimes make with social media is to assume there’s no need to carry out a full investigation when a complaint is made about it. It’s important that managers recognise they have to take social media misuse seriously. Again, this is where training can play an important role in ensuring all managers and their teams know about this and operate in the same consistent way.

Often employers don’t know about groups that exist on Whats App. We recommend employers carry out
an audit to establish which social media platforms are being used by staff so that the employer can decide what should be their official stance on what platforms are used for work purposes.

Employers also need to keep up to date and be alert to new apps and trends to make sure their policies continue to be fit for purpose as technology develops.

Changes in the way we approach social media could be forced upon employers. The TUC is pushing for the right to disconnect following the recent implementation of this right in Belgium, Northern Ireland and other jurisdictions in the EU. It’s designed to limit out of work hours contact with employees. With remote working, we have seen a greater reliance on electronic communication and a change in approach as managers may think that it’s okay to send social media messages out of working hours rather than an email. Of course, the employee may still be accessing their personal messages and may spot the work-related ones, placing them under pressure to respond out of hours. There is also the added risk of claims arising from out of hours messaging, becoming overfriendly or inappropriate after the consumption of alcohol.

There is no doubt there are risks with the increasing use of social media platforms at work. While the use of social media platforms for work purposes is here to stay it is time for employers to review their approach and recognise that it does need to be considered more carefully managed, and more effectively. With the right policies and training to ensure we use social media in the right way, there is no doubt it’s a powerful tool we can all benefit from.